As a high-downforce venue, Monaco's legendary track puts very little premium on top speed, which isn't to say that the latter is negligible.

The street circuit's 'Nouvelle Chicane' is arguably the only real spot where a driver is offered a reasonable opportunity of overtaking a rival. So velocity through the tunnel and beyond is important to pull off the always bold feat.

In 2019, Charles Leclerc clocked through the speed trap located just before the braking zone for the 'Nouvelle Chicane' at a whopping 325 km/h.

But this year, F1's new aero rules have significantly reduced every one's momentum through Monaco's tunnel as the speed trap numbers show. 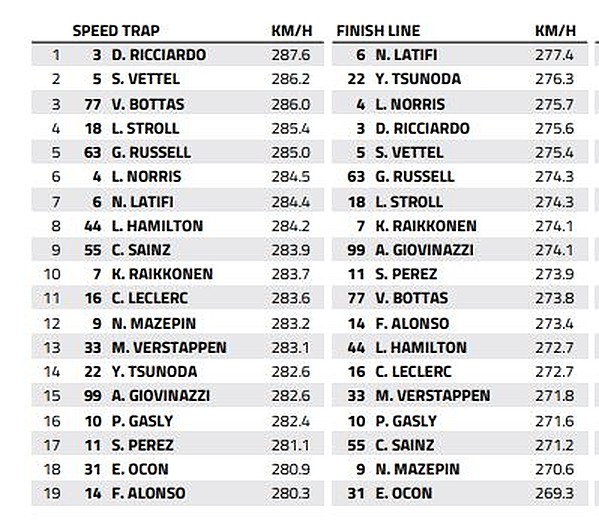 However, there's little to read into the numbers in terms of relative performance between the teams, but McLaren's Daniel Ricciardo, who qualified P12, nevertheless recorded a top speed of 287.6 km/h in qualifying.

But the velocity spread between fastest and slowest was just over 7 km/h, which perhaps implies that overtaking opportunities at the 'Nouvelle Chicane' will be few and far between, potentially leaving fans with a Sunday afternoon snooze fest.

But then again, it's Monaco baby! Where anything goes…

Leclerc's gearbox gets the all-clear from Ferrari!