Rare are those outside the Schumacher family who are allowed contact with the stricken F1 legend who continues to fight over seven years after his traumatic skiing accident.

Todt is among the family's trusted inner circle, having shared with the German a decade of record success in F1 with the Scuderia.

Over the years, the Schumacher family has maintained a wall of silence around the seven-time world champion who is believed to spend most of his time at the family's property in Mallorca.

Little is therefore known of Schumacher's condition, and Todt has always maintained the utmost discretion on the matter.

And despite the restrictions imposed by the global pandemic during the past twelve months, the Frenchman has continued to frequently visit his good friend. 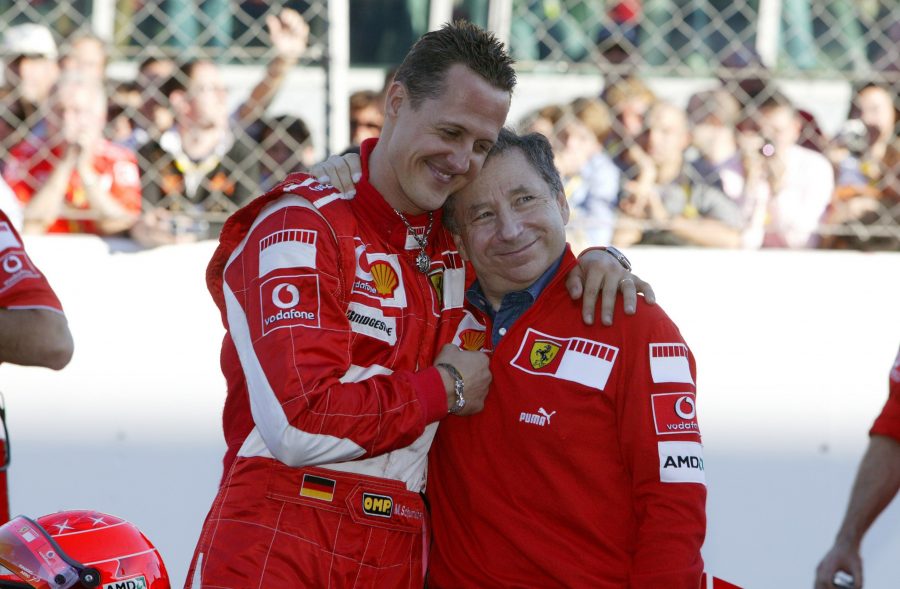 "I never leave him alone. Him, Corinna, the family: we’ve had so many experiences together. The beauty of what we have experienced is part of us and it goes on."

Todt, who spent 13 years at the helm of the Scuderia between 1994 and 2007, weighed in on the current state on the Italian outfit's affairs and the team's gradual improvement.

"Companies go through different eras," he said. "I arrived in July 1993 and the situation in Maranello was dramatic.

"The car, designed in England, always broke down, we had to rent a wind tunnel, and the design offices were empty. The only good thing was the food."

But Todt sees a renaissance finally taking hold at the Scuderia.

"I think there is a desire and a capacity. In terms of drivers, Leclerc and Sainz are among the best.

"They need the whole package. Car, engine, chassis, aerodynamics. You have to have everything at the highest level. A few thousandths of a second can decide.

"I admire Mercedes’ dominance, even if I don’t like it and I’d like more competition, but for eight years the team and Hamilton have always been on the ball," said the FIA president.

"They could have relaxed and it didn’t happen. Their motivation and hunger are absolute.

"I would prefer to see more teams and more drivers involved in the fight, but F1 and motor racing need a strong Ferrari."