Max Verstappen genuinely believes he would be "two tenths faster" than championship rival Lewis Hamilton in the same car.

Verstappen and Hamilton left each other back-to-back in Baku following the pair's misfortunes.

The Red Bull charger was robbed of a sure win when he suffered a tyre failure five laps from the checkered flag, while a mistake by the Mercedes driver at the outset of the second restart stripped the seven-time world champion of an opportunity to score big points and reclaim the lead in the drivers' standings.

Mercedes has struggled with its W12 in the past two races which were held on street circuits, leading Hamilton to state that Red Bull currently has the superior car. 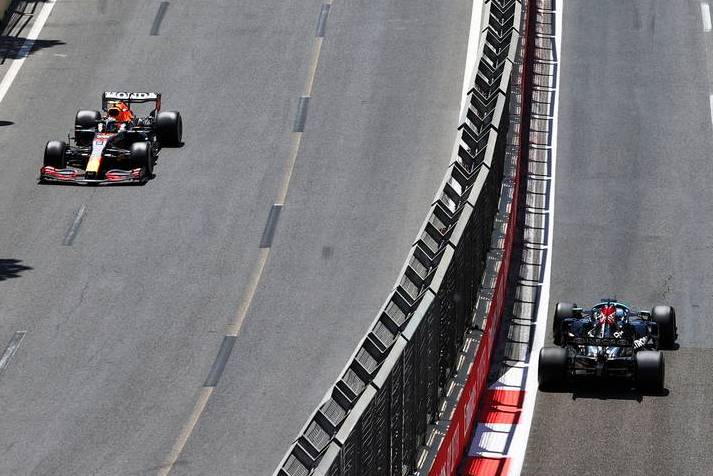 But Verstappen doesn't seem inclined to believe that Red Bull's edge is mainly down to its car.

"I would say that if I were him, I think if I was in his car I would be driving two tenths faster than him. I don't care what he says," responded the Dutchman.

But Verstappen also isn't convinced that Hamilton's mistake in Baku – when he inadvertently activated a brake balance mode on the second restart that forced him down the escape road at turn 1 – was the result of pressure ramping up on the Briton lately.

"Everyone is trying to do their best, right?," commented Verstappen. "I'm not going to say that he makes mistakes because he feels pressure.

"Everyone is trying to get the most out of it, so am I. Lewis has to fight not only with his teammate this year, but also with another team.

"That adds an extra dimension and I think that is only good for the sport."