Lewis Hamilton says he has plans to organize a "good night out" with his fellow F1 colleagues once current Covid restrictions are lifted.

Teams and drivers have been living in their respective bubbles since the onslaught of the global pandemic over a year ago.

While restrictions and sanitary mesures are slowly being lifted, members of the F1 community remain cautious, with Covid-19 testing continuing to be widespread.

Like many, Hamilton has toned down his social life in the past year, spending most of his time on his own or with his inner circle, be they family members of those who work alongside the seven-time world champion.

But the Briton would like to enjoy a night out with his fellow F1 drivers, just for the sake of having a good time. 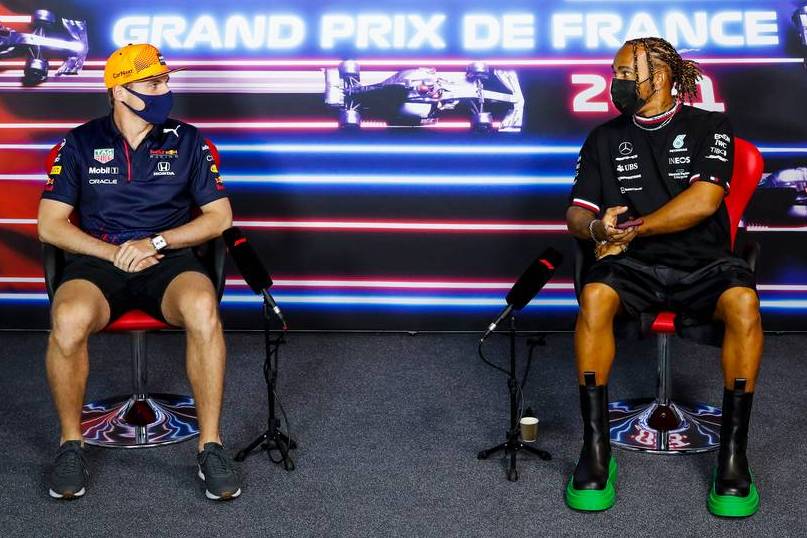 "I think at some stage when things get back to normal, I’m sure there’ll be a moment where we we meet somewhere," said the Mercedes driver on Thursday.

"There’ll be something fun that we end up doing. I definitely think it’s good for the drivers to get together and put away the competition and just have a good night out together. At some stage, we’ll probably all do that."

Sitting alongside championship rival Max Verstappen in Thursday's press conference, Hamilton was asked if he ever had any contact with the Dutchman when they find themselves at home in Monaco.

"Well, me personally, I’m never really out and about,” Hamilton told reporters in the FIA drivers’ press conference.

"We live on the opposite sides of town so therefore we don’t really see each other.

"We’ve messaged each other on DM before, right? We’ve messaged after races but I guess we’ve never really had a lot of time to spend together."

Verstappen admitted that he devotes most of his time to family and close friends during his down time.

"It’s difficult to wave at each other. Monaco is like a rock," he joked.

"We are away so much that once you get home, you also want to spend time with family and friends.

"With so many races, that is priority number on, because they also would love to spend time with you. And when the opportunity arises, it’s very easy to meet up nowadays with social media and stuff."

McLaren disappointed with lack of 'transparency' over tyre blowouts