Sergio Perez believes that it was entirely possible for Red Bull to completely turn the tables on Mercedes by securing a front row lock out in today's qualifying for the French Grand Prix.

Circuit Paul Ricard has been a Mercedes stronghold ever since its return to the F1 calendar in 2018, but this time round Max Verstappen successfully beat Lewis Hamilton and Valtteri Bottas to pole position

Perez says it could easily have been a Red Bull one-two on the grid if not for a a slight mistake he made in the final round of qualifying.

“It wasn’t an ideal qualifying as I think locking out the front row was possible but unfortunately I made a mistake on my final Q3 run which cost me quite a bit of lap time," he said.

"We were going in the right direction and I was feeling comfortable with the car but I just ran wide over the kerbs at turn 12 and the lap was gone.

"But tomorrow is when it matters, and we have better race pace than in qualifying so we should really be in the mix.

"It will be very close with Mercedes so I will be applying the pressure from the very first lap," he added. "I think the race will come down to tyre management so hopefully we can outperform them in that area.

"My starts have been good so the plan is to get a couple of positions off the line and manage the race from there to try and bring home a 1-2 for the team," he said. "But either way it’s going to be very entertaining for the fans. 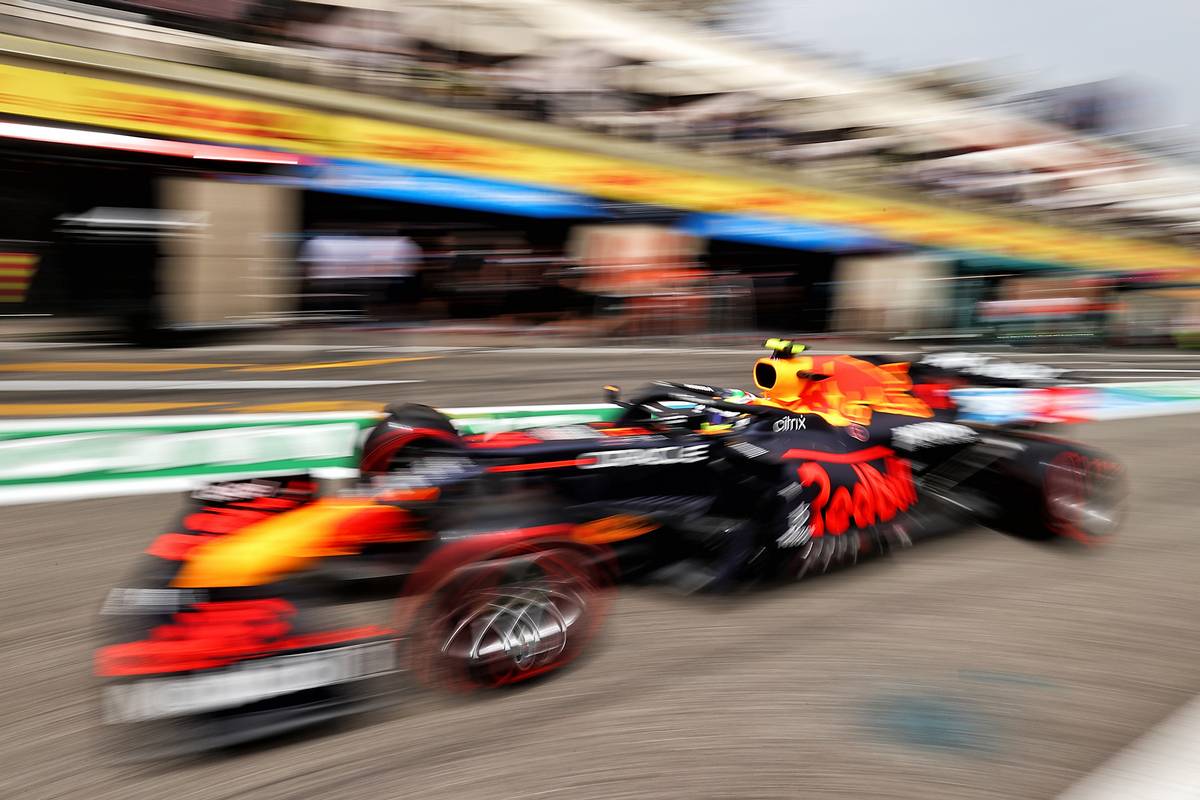 Perez started from sixth position in Baku but went on to win the race after a late accident for Verstappen, and Hamilton running wide during a late restart.

Lining up in fourth place tomorrow means he will be able to play an even bigger role in the team's race strategy.

"To have Checo up there as well, building on the momentum from his Baku victory, is a great team performance," noted Red Bull principal Christian Horner.

Having two cars starting at the front also gives us different strategic options in the race and so it will be important for us to do all the basics and get clean starts, execute quick pitstops and a good strategy.”