Ex-F1 driver Ralf Schumacher believes that Valtteri Bottas uncommon radio outburst in the French Grand Prix likely betrays the fact that the Finn knows he'll be leaving Mercedes at the end of the season.

In the closing stages of last Sunday's race, after losing second place to future race winner Max Verstappen, Bottas vented his frustration with his team and its decision to enforce an ill-fated one-stop strategy. 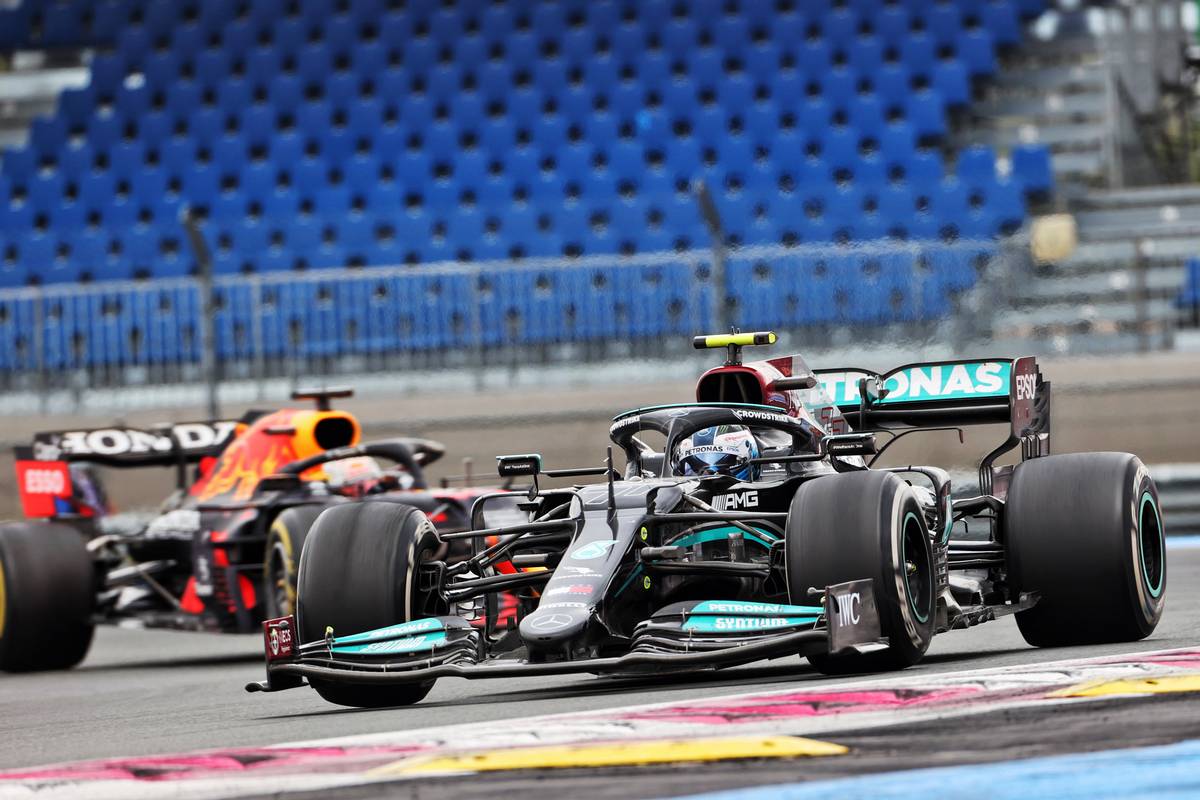 After the race, the mild-mannered Bottas stood by his strong reaction, and the Finn's criticism was even welcomed by Mercedes team boss Toto Wolff, who encouraged his driver to "speak his mind" rather than "internalize" his feelings as has often been the case in the past.

But Schumacher believes that something more ominous and perhaps stinging is lingering beneath the surface.

"I am amazed he dares to make such a radio message – in his place I would be very quiet at the moment," Schumacher told Sky Germany.

"He probably knows he’s gone anyway. Someone who makes mistakes like he has, sorry – someone like that doesn’t belong in the team.

"You need a strong team-mate to get strategies to work. He partly did that, but then again not well enough. His tyres deteriorated faster than those of Lewis."

Schumacher said that last year's Sakhir Grand Prix offered compelling evidence that replacing Bottas with George Russell for 2022 is a no brainer.

"Russell is sitting right there [at Williams]. After his race last year, it would have been clear to me [to replace Bottas].

"George Russell is a driver who can make more of a difference than Bottas currently can."

Ferrari expects to live all season with front tyre woes