Lando Norris admitted that he had been shocked to end up so close to Lewis Hamilton in the final round of qualifying for the Styrian Grand Prix, even allowing for a big improvement in McLaren's pace and performance.

Norris was fourth fastest in the session but will be prompted to third on the grid for the start of the race thanks to a penalty for Hamilton's Mercedes team mate Valtteri Bottas.

Norris' best time in the final top ten pole shoot-out round was 1:04.120s, which was a slender 0.053s behind the time set by the reigning world champion.

"The car felt good throughout all of qualifying," he said. "I was confident and could always make the small improvements needed.

"That gave us P3, which is nice – especially to be only two-and-a-bit-tenths off pole [but to be] under a tenth off both the Mercedes is a bit of a shock," he admitted.

"It’s weird to think of, but it’s a good position, so I’m happy.

"I think I can just state as a fact that they have more grip than us, and we’re not that far behind," he added. It means that he'll start on the second row of the grid one place ahead of Red Bull's Sergio Perez.

"A lot of positives and a very good position for us to score some solid points tomorrow," he said. “To be ahead of one of the Red Bulls, I would say, not expected, because they’ve been very fast from Lap 1 here and miles ahead of us all weekend. 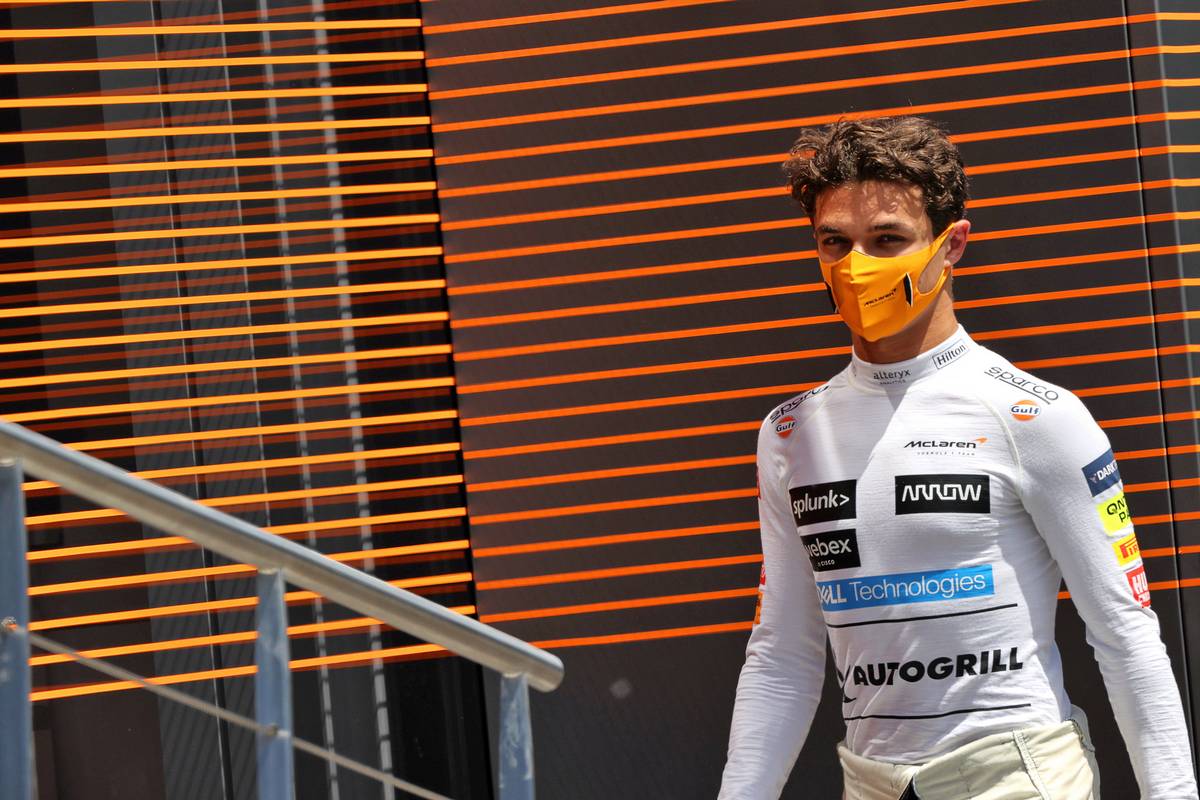 "It’s a similar story to Monaco or Baku or some tracks where we always looked way behind Mercedes or Red Bull," he commented.

"But as the fuel loads come down, I think everyone’s car becomes more equal and more competitive. And yes, sometimes it can surprise you a little bit, and we can be ahead of them."

Norris pointed out that this was a similar situation to last year's Austrian Grand Prix at the same venue "when I was into P2 or P3 and we were mixed with the Red Bulls and the Mercedes guys.

The young Briton went on to finish that race in third place, earning his first career F1 podium. he's hoping for a similar outcome this weekend.

"If there’s an opportunity then 100 per cent I’ll go for it. But I still need to pick and choose my competitors and my races carefully, and not kill the tyres and things like that."

Norris admitted that on paper, based on Friday's practice times, Red Bull and Mercedes were still both quicker in race trim. 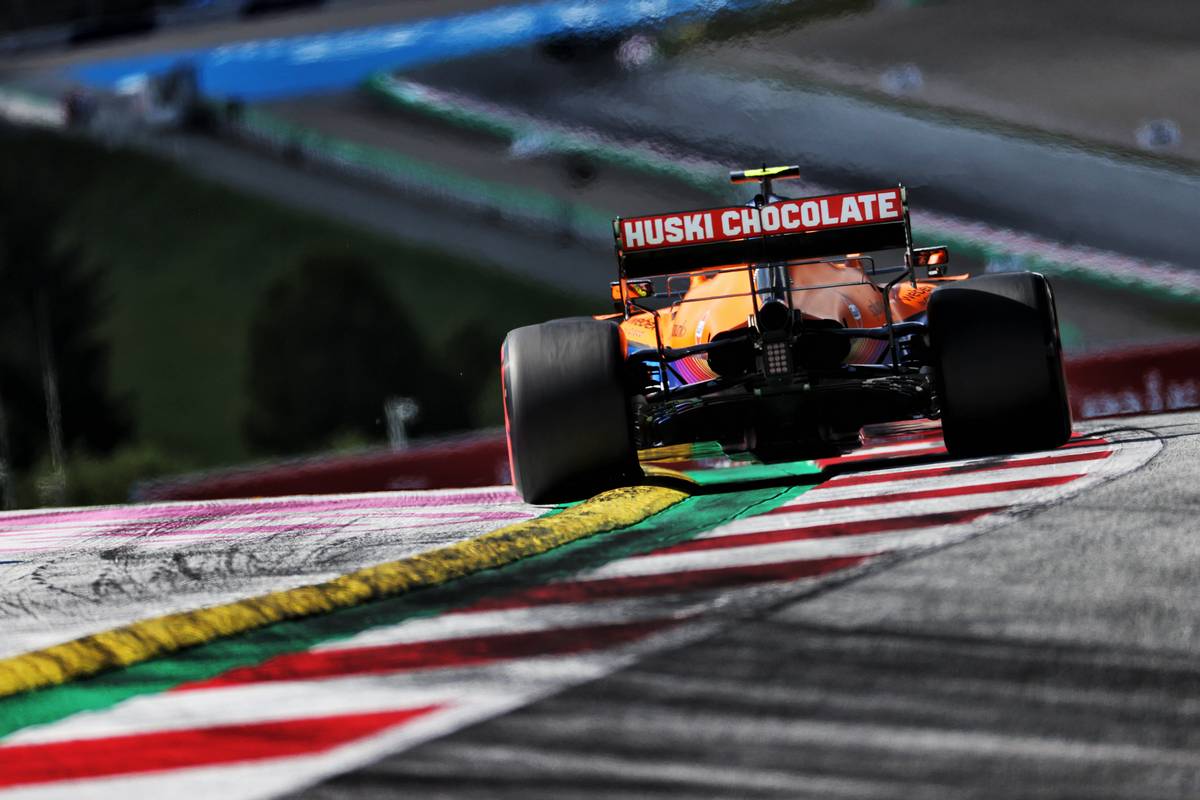 "I’m not expecting to be super competitive against them, but we still have a good chance to beat everyone else behind. So that’s the plan.

"But it’s a long race and that’s where the points are. That’s the important thing.”

Norris' performance in qualifying got a big thumbs up from McLaren team principal Andreas Seidl.

“P4 in quali today – translating into starting P3 tomorrow – is the best grid position we’ve achieved so far this year," he said.

"Well done to Lando, who was flying on every single lap he did, and to the team for a clean execution of the quali session.

"It was great to see the one-lap performance we had in the car today," he added. "We’re looking forward to another exciting race. The aim is clear: we want to keep scoring good points for our battle in the constructors’ championship.”