In Saturday's Austrian Grand Prix qualifying, Norris was only outpaced by poleman and future race winner Max Verstappen, the McLaren charger securing for himself a spot on the front row for the very first time in F1.

Norris' held his own in the opening stages of the race before he was overhauled by both Mercedes drivers.

However, aero damage on Lewis Hamilton's car allowed the Briton to recoup a spot among the top three, while a five-second penalty linked to his earlier squabble with Red Bull's Sergio Perez ultimately barred him from challenging Valtteri Bottas for second.

Brawn followed the fans' lead and also chose Norris as his 'Driver of the Day'. 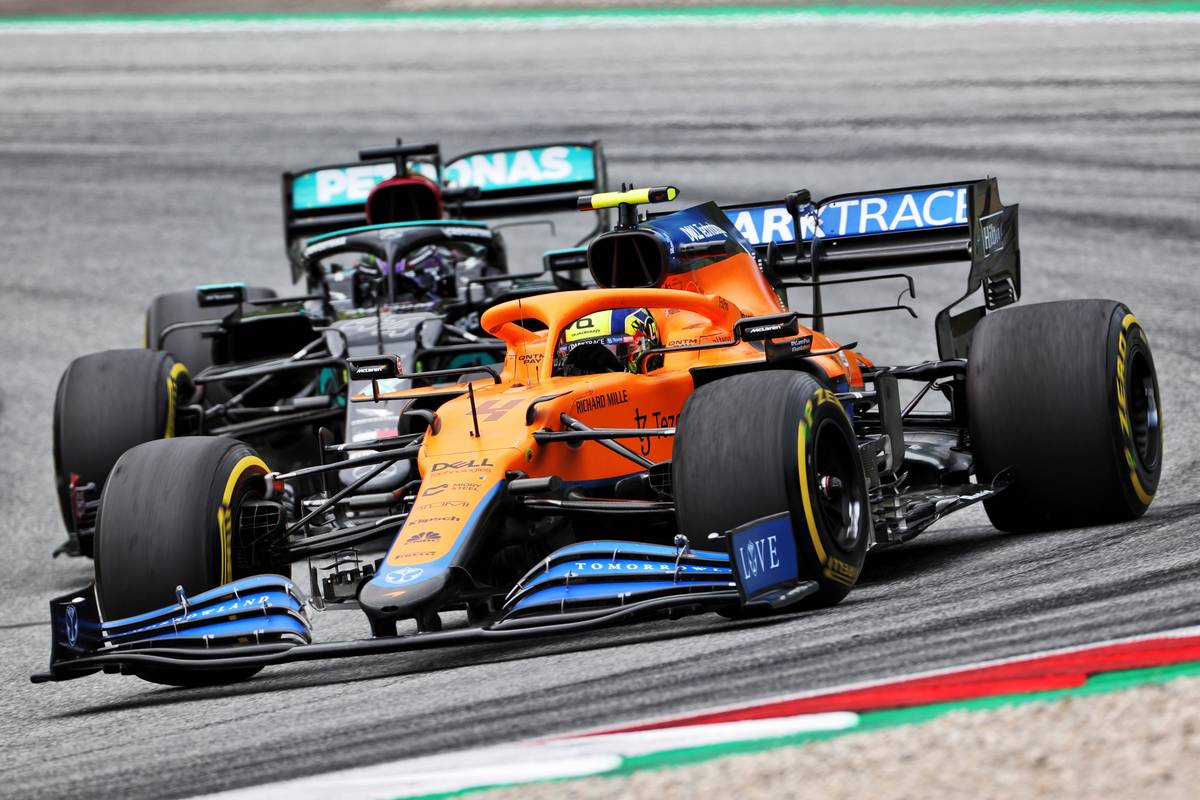 "Based on the weekend as a whole, Lando is my driver of the day. He delivered a sensational qualifying performance and followed it up with a great race," said F1's director of motorsport in his Monday post-race debrief.

"There were some tough decisions regarding penalties in the race, one of which impacted Lando. No one, including the stewards, want to see penalties and I think they will be debated for a long time.

"But equally, we can’t have unregulated aggression on the track. It’s not what we want to see either. Finding that balance isn’t always easy.

"Max was a machine again, but I think Lando was punching well above his weight – and that’s what makes him my Driver of the Day."

McLaren team boss Andreas Seidl has repeatedly been impressed this season by Norris' growing maturity and race craft. And Brawn echoed that view.

"He was highly rated when he arrived in Formula 1 – and is now consistently delivering on that expectation," added the former Ferrari strategist.

"The McLaren driver has been constantly evolving this year and seems to have made a major step. He’s an amazing talent.

"We are blessed with the drivers we have right now. We’ve got the reference - which is Lewis, and then we’ve got Max, Lando, George, Carlos, Charles."

Brawn also offered a few words on George Russell's "massively impressive" performance in Austria, marked by the Williams driver's P9 result and qualifying and strong drive which would have yielded his first point with the Grove-based squad but for a late charge by a flying Fernando Alonso.

"There’s no doubt George will be disappointed with missing out on his first point for Williams, but when the dust settles, he should be able to take the positives out of a weekend in which he was very, very strong," commented Brawn.

"The other Williams has struggled but with George behind the wheel, that car is getting close to being respectable.

"George did a marvellous job in qualifying and a great job in the race. I was massively impressed."

Leclerc moves forward after 'clearing the air' with Perez