George Russell is uncertain F1's sprint race trial at Silverstone will favor Williams given his outperformance this season in qualifying relative to race day, but the Briton says the novelty could deliver an opportunity.

Next week's British Grand Prix will feature a historic premiere for Formula 1, with the introduction of its innovative Sprint Qualifying format that will be trialed at three venues this season.

Drivers will qualify on Friday for the Saturday afternoon 100-kilometer race that will determine the grid for Sunday's big event.

Russell, who qualified among the top ten for the first time with Williams last time out in Austria, is excited by the prospect of racing in front of his home crowd, but the 23-year-old isn't sure how things will pan out for Williams in Saturday's mad dash. 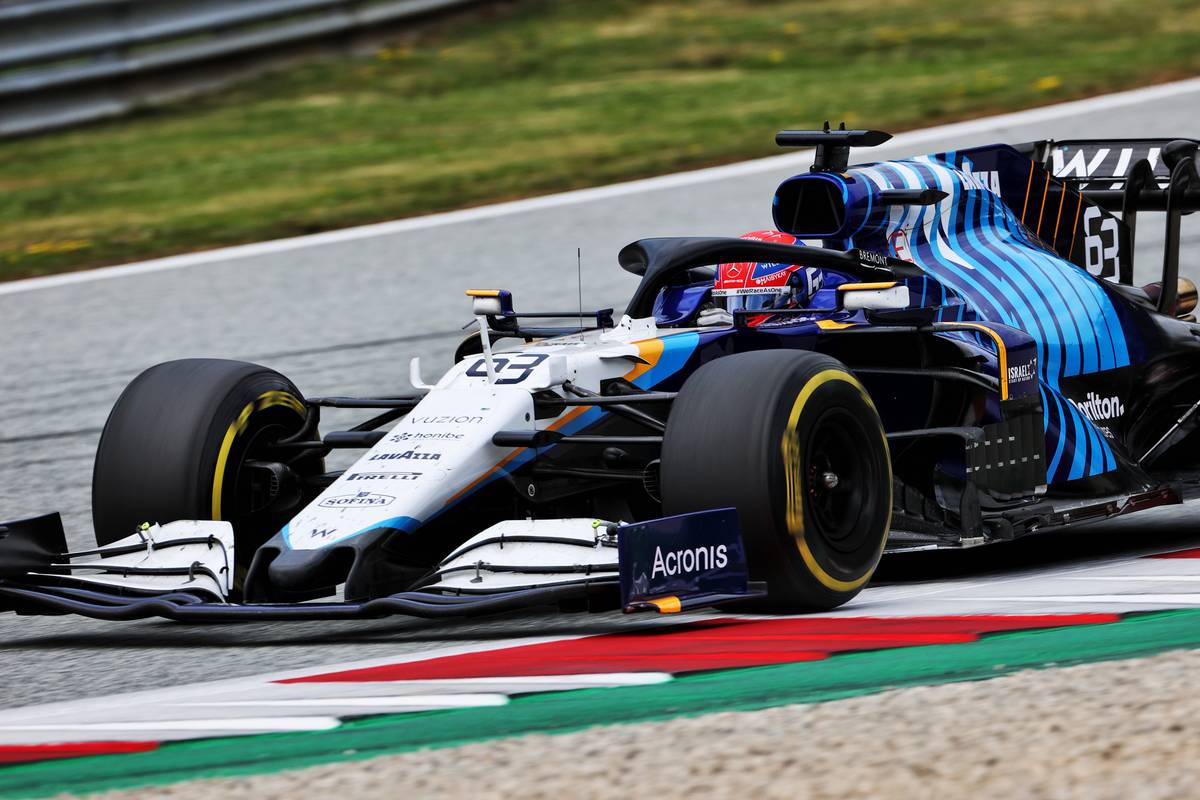 "Obviously, there’s the sprint qualifying as well. I’m not too sure that will play into our favour, because obviously we’re normally a bit better on the qualy performance than we are in the race.

"But we’ve got to give it a chance and maybe it goes the other way. It’s new for everybody, and that also gives an opportunity."

At the Red Bull Ring last weekend, Russell came within four laps of scoring his first point for Williams. However, a late charge by Alpine's Fernando Alonso unfortunately deprived him of that achievement.

But Williams' improvements coupled with Russell's form and confidence bode well for another shot at points if circumstances at Silverstone allow for a decent opportunity to break into the top-ten.

"I feel so at one with the car and the team at the moment, and we’re really getting everything out of the package, which I think is so important," added Russell.

"Especially on a Saturday, the pressure’s on, if you make one small mistake you’re penalised and it shows obviously in the course of the race. Everybody gets into a rhythm and that true pace comes out.

"We’re all doing a really good job and it’s so close. P12 in France, P8 last week before we retired, P11 [on Sunday] – all of which every single top team and car finished."

Coulthard suggests it's time for Raikkonen to call it a day

Vasseur: 'Far too early' to link Schumacher to Alfa for 2022