FIA race director Michael Masi has confirmed that Formula 1's rules for next weekend's inaugural sprint race will be applied just as they would be for a full-distance event.

The first major shake-up to the Formula 1 race weekend will see a single practice session on Friday afternoon followed by an early evening qualifying race.

That will set the starting order for a Saturday afternoon sprint race consisting of 17 laps of the Silverstone circuit lasting around 30 minutes.

The top three will score championship points and the result will set the grid for Sunday's British Grand PP.

The rules surrounding sprint races were only finally signed off by the World Motor Sport Council earlier this week.

But Masi had previously confirmed that the same rules and penalties would apply to the sprint race as to any full-length Grand Prix.

“If we find an incident that two drivers are involved in, in the Grand Prix here, we can apply a grid penalty for the next Grand Prix,” he told the media in Austria including Motorsport.com.

"Grid penalties and time penalties, for driving infringements and so forth, those penalties will be applied," he said.

"But things that affect your grid starting position will, from the perspective of a driving infringement or anything like that, will be applied either as a grid or a time penalty at the time.”

Masi added that this would also apply to "the rest of the regulations regarding power units and so forth," but added that "they will be applied in a different way and focused on the race." 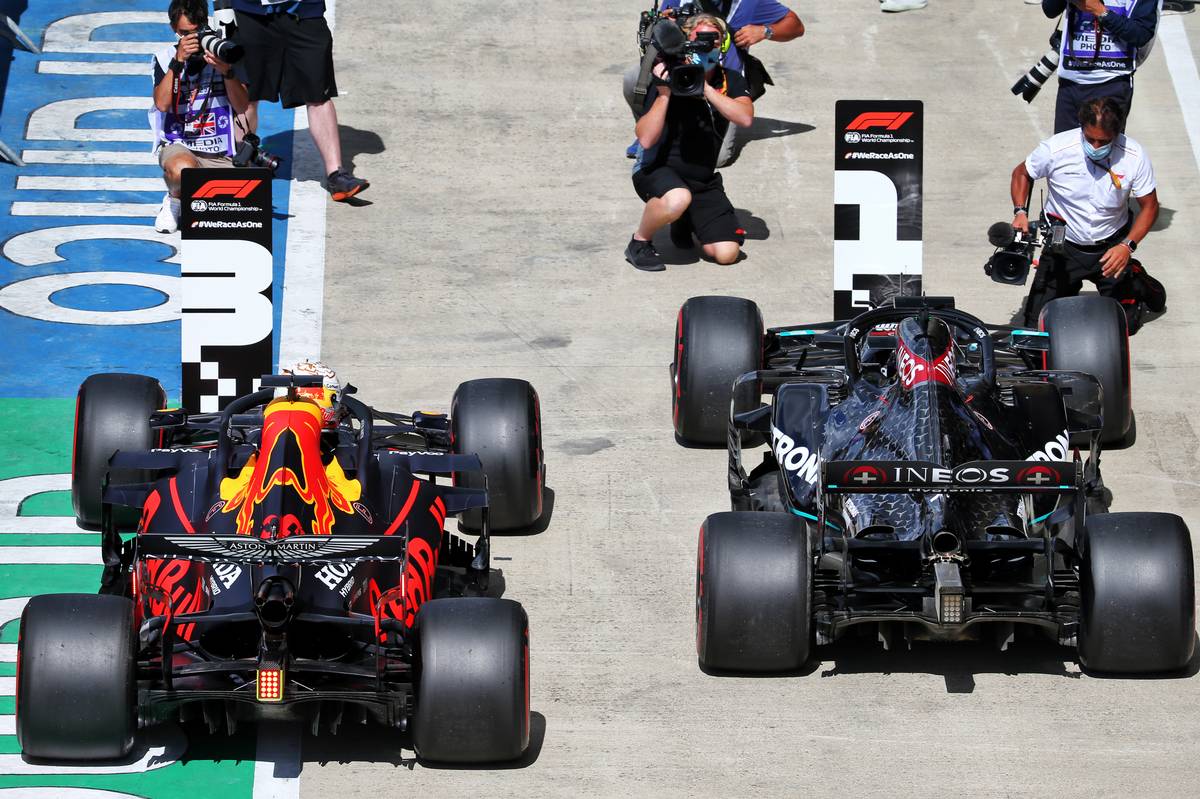 Just as happens in the full Grand Prix event, there will be a maximum duration for the sprint race in the event of a red flag stoppage.

"Obviously the sprint is a notional 30 minutes in duration, and the maximum time is either 60 or 90 minutes - I cannot remember off the top of my head.

"Effectively there is the buffer that has been added into that should we have a suspension that is deemed necessary," said Masi. “The only thing that has really changed in that capacity is the duration."

Next week's event is the first of three trial runs for the sprint format in 2021, with the rest of the venues taking part yet to be revealed.

“After the first event, let's review internally and see what did work, what didn't work, and any other areas that need to be refined,” Masi stated.

“With everyone involved, it is something new for all of us, particularly in an F1 capacity," he continued. "Everyone's quite open and has said that we all just need to work together and see what pops up."

He said there were bound to be elements to the rules "that we haven't considered as much as everyone has read them inside out today."

"The regulations traditionally have been structured in a very specific format and way around a Grand Prix taking place without a sprint qualifying area happening."

Ocon contract renewal 'nothing to do with current performance'