Toto Wolff and Christian Horner are at opposite ends when it comes to defining F1's power unit of the future.

The Red Bull boss is urging the sport to return to high-revving "emotive" engines from 2025, but his Mercedes counterpart believes F1 would lose "complete relevance" if it opted for screaming internal combustion engines.

Formula 1's current engine regulations cycle will run until the end of 2024 and the sport's stakeholders have begun to lay out the blueprint of Grand Prix racing's future power unit.

All signs point to a significant increase of the current engine's electric component, a move aligned with the automotive industry's paradigm shift towards electrification.

But Horner suggests that a high-revving engine fed with sustainable fuels would be a hit with the fans while safeguarding F1's environmental approach. 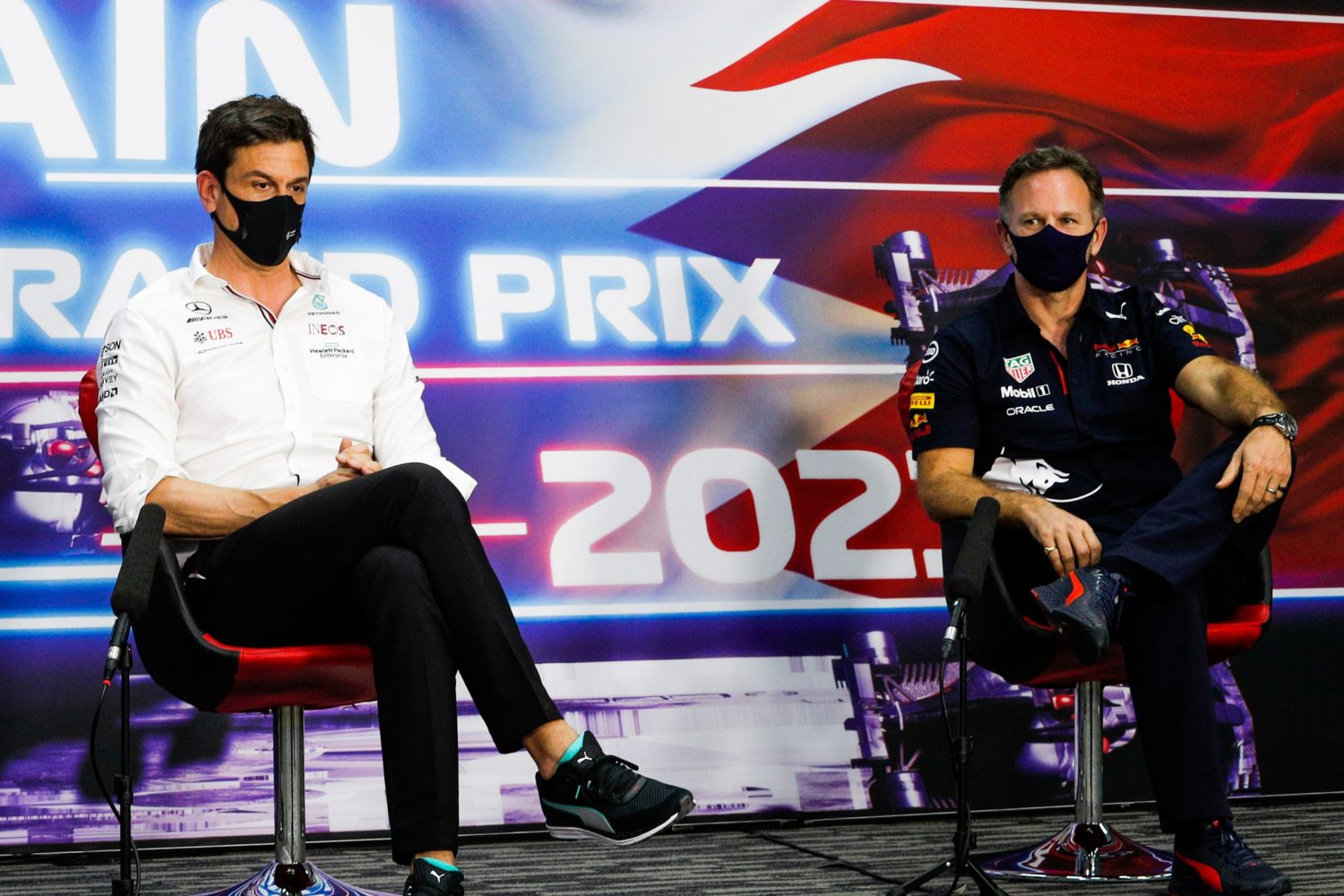 "I think that the combustion engine does have a future, so why not introduce high revving engines that sound fantastic, and that are doing it in an environmentally friendly manner?," Horner said ahead of this weekend's British Grand Prix.

"I think that the biofuel and sustainable fuels enable you to do that."

Horner questions the automobile industry's push towards electrification, and suggests that synthetic or bio-fuels could provide a more viable alternative, especially if paired a high performance engine in F1.

"Electrification, I know, politically it's being pushed, but actually is it the right route for 25 and 30 years' time?" Horner added.

"I think F1 could play a key role with the fuels and with the fuel partners that we have on sustainability and zero emissions, with a high performance, high revving emotive engine.

"Wouldn't it be fantastic if we went that route? I'm sure every grand prix would be packed."

However, on the opposite side, while he would like nothing more than a full grid of screaming engines, Wolff contends that such a plan is at odds with F1's younger generation of fans for which sound is no longer a relevant factor.

Wolff also believes that a return to high-revving engines would chase away many of the sport's partners in a heartbeat.

"I would disagree with Christian because it's what we think, but we are not the most relevant generation anymore," said the Mercedes F1 boss.

"When you ask an 18-year-old or 22-year-old, what relevance noise has, most of these guys consume it via different screens where noise has little or no relevance.

"I personally like it too, and I'd like to have a 12-cylinder that screams down the road. But, as a matter of fact, we are a sport and we are a business.

"I think we would lose complete relevance with our partners, sponsors, and major stakeholders, if we weren't looking at the environment and the impact that we make.

"I think it would be totally misaligned of where the world is moving, and probably turn every single business partner away from F1 if we stick with internal combustion engines that scream, even though we may like them."