Carlos Sainz says his sixth-place finish in the British Grand Prix due to a rare pitstop mistake by his Ferrari crew was "difficult to take" given the Scuderia's strong performance level at Silverstone.

Sainz's swap from the medium to the hard tyre took place on lap 29 and lasted a painful 12.3 seconds as his mechanics battled with his front-left wheel.

Stranded in sixth, the Spaniard failed to move forward in the second half of the race while his teammate Charles Leclerc continued to lead the field until he succumbed to an attack from future race winner Lewis Hamilton just three laps from the checkered flag.

Sainz felt convinced that his position on merit was also among the race's top three. 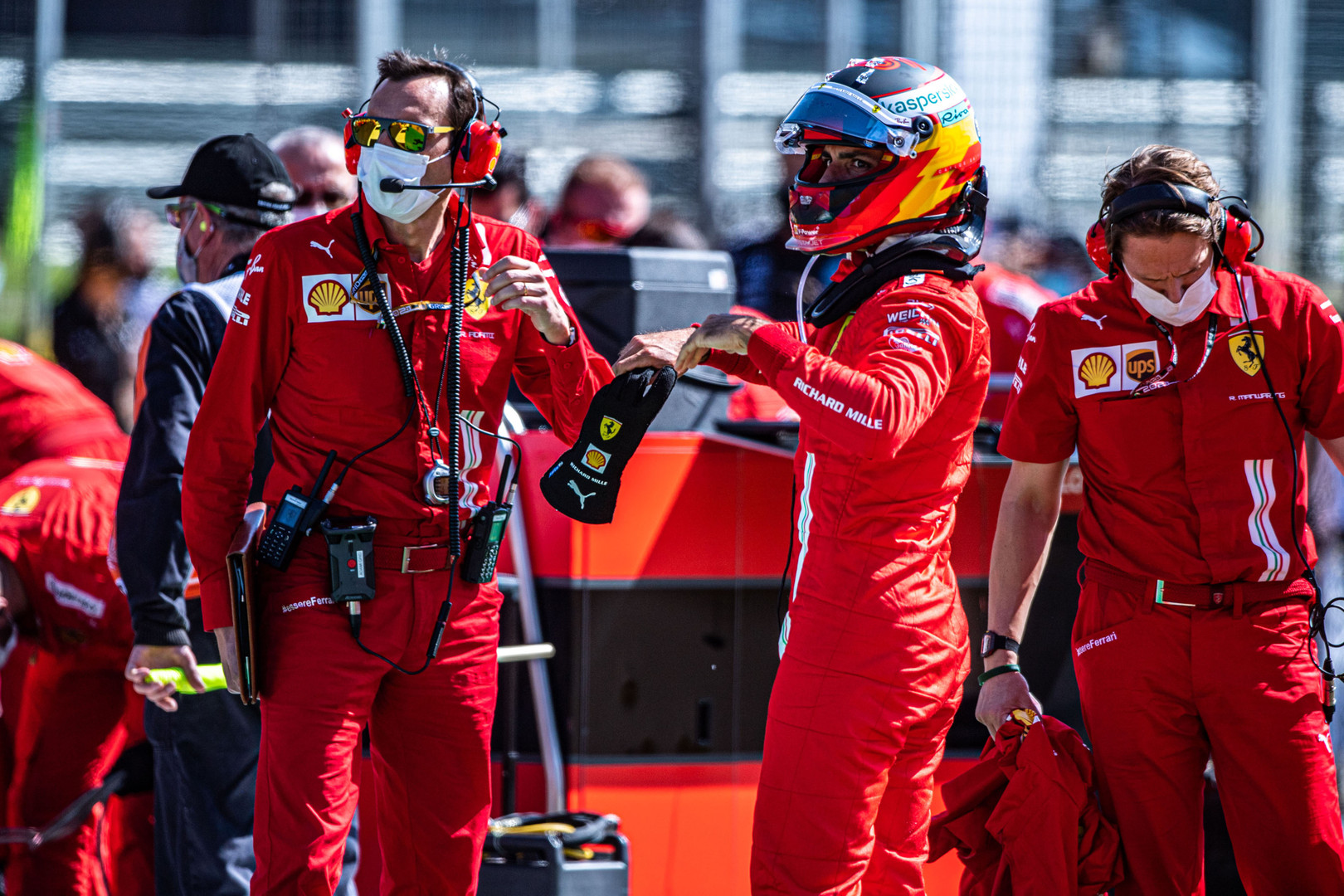 "When you have such a strong pace and you do fastest laps and you are basically as fast as we were today, it’s obviously difficult to take," he said.

"But considering that [on Lap 1 of the F1's spring qualifying] I was last and I managed to finish P6 [in the Grand Prix] with a very slow pit stop, it is still a positive result.

"I think the team has been great in pit stops this year and it’s the first mistake we do.

"It is what it is. it’s always going to happen during the year and congrats to Charles because today he put the car where it belonged."

Ferrari's transformation since its poor display in last month's French Grand Prix where its SF21 was completely undermined by abysmal front tyre degradation has been nothing short of spectacular.

"I mean, it’s been very positive, you know, to see that the car in clean air was as fast as it was today," admitted Sainz.

"At some point I was setting fastest lap on 25-[lap]-old mediums, so it shows that the tyre deg and the set-up and the car balance is improving.

"We are indeed looking to improve all the areas still, but today at this circuit where we thought it was not going to be very good for us, we delivered, and the car was very nice to drive."

Leclerc's podium at Silverstone coupled with Sainz's sixth-place finish delivered to Ferrari its third consecutive double points haul, allowing the Scuderia to reduce its deficit to third-placed team McLaren in the Constructors' standings to 15 points.

Brawn: Drivers 'must reflect' on outcome of Silverstone clash