Aston Martin's Lance Stroll believes he was hit by a blast of downdraft from a helicopter when his car was suddenly unsettled during Sunday's British Grand Prix.

The Canadian was approaching Silverstone's Turn 6 when he felt something wrong in the behaviour of his AMR21, suspecting a tyre issue similar to the failure he had suffered last month in Baku.

Stroll immediately buzzed the Aston Martin pitwall to ask the team to check his telemetry.

As everything returned to normal as he negotiated the Luffield complex, Stroll reached his own conclusion, having spotted the helicopter overhead.

"I think it might have been the helicopter that came really low," he told his team.

It was later revealed that it was in fact the medical heli with Max Verstappen onboard that had just taken off!

Stroll, who had launched his race from a lowly P14 on the grid, enjoyed a good start that moved him up to P11 when the race was red flagged.

On the second start, the Aston charger overhauled once again several rivals on the opening lap which he concluded a remarkable eighth, a position he held all the way to the checkered flag.

"I am really happy with my race because we were able to turn around a tricky start to the weekend by finishing in P8 and scoring four points," he said after the race.

"We have been working to find the right car balance and we had a breakthrough today, which is a great credit to the team and all the effort everyone has put in.

"The key to the race was making two strong starts either side of the red flag, where we gained several places each time.

"The strategies were quite similar for the whole grid, making overtaking more tricky, but those starts set us up for a good race.

"The new format has been a challenge for everyone this weekend, but I think there are positives and we can learn how to maximise the other events with Sprints." 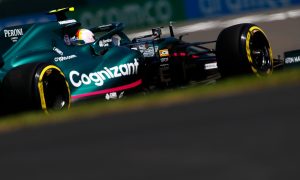 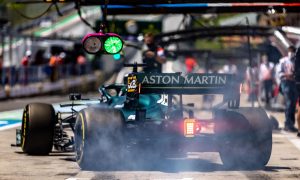 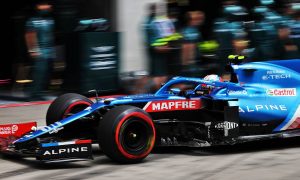