To turn around their fortunes, the reigning world champions banked on their past track record at Silverstone but more importantly on an upgrade package which that hoped would improve the performance of their 2021 car.

Last Sunday's circumstances notwithstanding, Allison believes that Lewis Hamilton's win and the team's overall performance over the weekend proved that the W12's new package fulfilled its expectations. 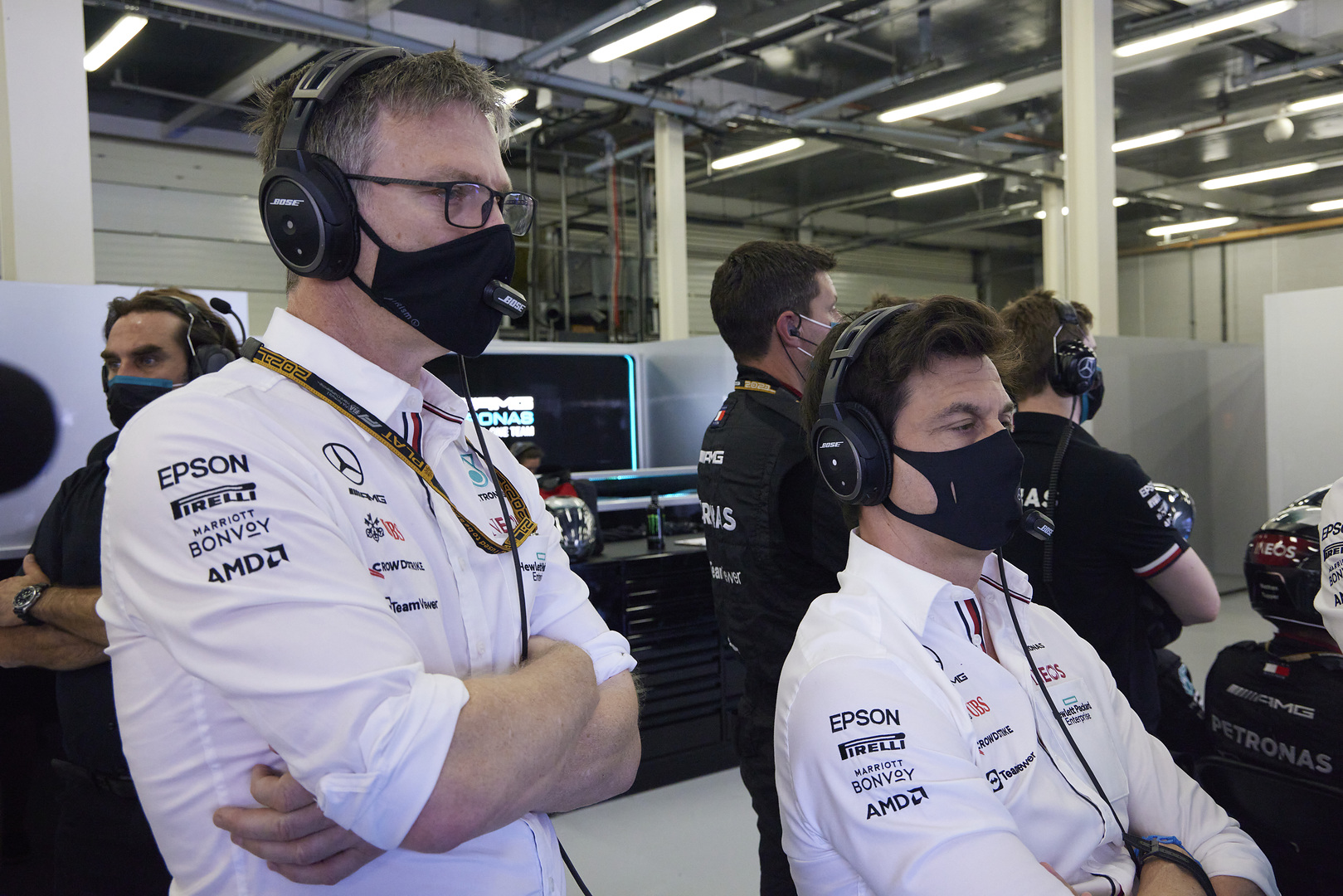 "We brought a decent aero package to the track, we definitely saw an improvement in our performance and we were very happy with it," Allison explained in Mercedes race debrief on YouTube.

"Whether the performance was a little bit more or a little bit less than we imagined is really hard to tell because you don’t get the luxury of performing a controlled experiment.

"You don’t run the old package and the new package several times doing back-to-back tests with fresh tyres each time, because the weekend just doesn’t give you that luxury.

"Nevertheless, you do and are able to make some comparison because you make measurements on the car with all the sensors and you can compare back to the weekends before and look at the performance of the car before and compare to the one that you had this weekend, and it did all seem to be behaving very well.

"If you then look at the stopwatch, you could see that just relative to the field we had moved forward this weekend.

"We were able to close some ground on Red Bull and we were able to have a more competitive weekend as a result. So, we came home from the weekend pretty chipper about the upgrade."

As F1 teams tech departments channel almost all their resources towards their all-important 2022 car, upgrades will now be few and far between as Allison confirmed.

"Is there any more to come? There may be, here and there. But the vast, main industrial effort of our development programme, that was the last big package that we will bring this year," he said.

"But there will be a few tweaks here and there where we can see efficiently that we can bring some performance without distracting us from the big effort that is now going into next year’s car."

Last weekend's results and solid haul of points meant that Mercedes is now just 4 points behind Red Bull in F1's Constructors' standings, while Hamilton has reduced his deficit to Max Verstappen in the Drivers' championship to 8 points.