Formula 1 is expected to split pre-season testing in 2022 between Barcelona and Bahrain, a move that will offer teams more track time to put their all-new cars through their paces.

Since 2016, F1 has traditionally organized its winter testing at the Circuit de Catalunya in Barcelona where teams were offered multiple three or four-day tests.

But this year, the onslaught of the coronavirus pandemic and the need to cut expenses led to a single three-day test that was conducted in Bahrain two weeks before the start of the 2021 season.

However, F1's regulation overhaul for 2022 compelled teams to ask for an increase in the number of test days in order to better prepare their all-new designs for their first season, a demand to which F1 and the FIA has agreed.

Testing is therefore expected to kick off at the end of February in Barcelona where teams will teams will test for three, or perhaps four days before moving to Bahrain to continue their preparations for another three or four-day period.

Like this year, everyone would remain on site at Sakhir for the opening round of the 2022 campaign in the second half of March, with Saudi Arabia – where F1 will race for the first time later this year in December – expected to host the second round of 2022.

Splitting winter testing would not only provide teams - and Pirelli - with more mileage, the plan would also offer F1 a diverse set of circumstances in terms of conditions and track layouts to trial the new cars. 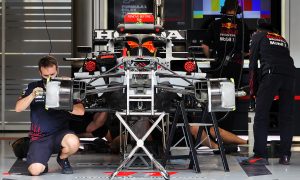 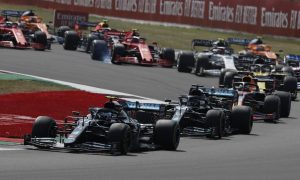