McLaren boss Zak Brown doe does not believe that a return to noisy engines in Formula 1 would chase away sponsors from the sport as argued by Mercedes, as long as it follows a path towards sustainability.

Grand Prix racing's stakeholders have started to discuss the framework that will surround F1's next generation engine that is expected to be introduced in 2025.

While further enhancement of the current power unit's hybrid component is expected, Red Bull is in favour of a return to high-revving "emotive" engines, as advocated by team boss Christian Horner.

But his Mercedes counterpart, Toto Wolff, believes F1 would lose its crucial relevance if the sport went back down the "noisy engine" path, arguing that following such a direction would result in a swift departure from F1 of many of its commercial partners. 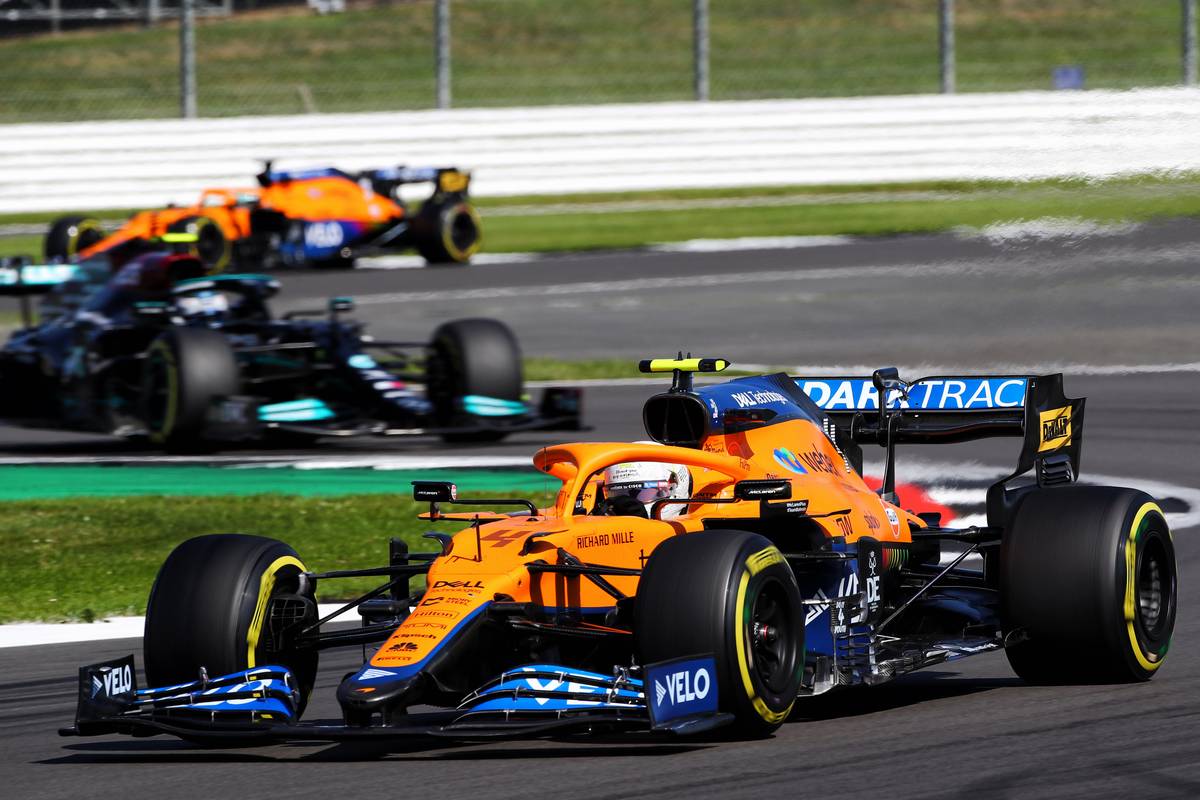 Brown believes that as long as F1 takes a "sustainable" approach to its future, it could get away with pumping up the volume and powering its cars once again with screaming engines without suffering a sponsor exodus.

"So if it’s an ICE unit with sustainable fuels, or if it’s electric or hybrid, the important thing is that Formula 1 is leading edge technology and that sustainability is critically important to the sport and the world."

Brown believes that Wolff's stance is understandable given that he represents the view of an automotive manufacturer that is embracing the industry's paradigm shift towards electrification.

"I think what you heard there was more a view of an OEM [Original Equipment manufacturer] who probably wants the sustainability element to be consistent with how they go to market," added Brown.

"I think what's important to the corporate partners is sustainability. I think they are less concerned about what the product is to get you there.

"So, do I think fans and corporate partners would be turned off if Formula 1 was sustainable in a technology direction that was maybe different to the automotive industry? I do not think corporate partners and the fans would mind at all.

"But we do have to take into consideration the OEMs, because they’re a massive part of the sport, huge contributors, and we need them."