Red Bull's Max Verstappen has lost the lead in the 2021 drivers championship after the latest in a series of setbacks for the Dutch driver.

Two weeks after being spun out at the start of the British Grand Prix by contact with title rival Lewis Hamilton, Verstappen was once again in the thick of it when wet conditions resulted in a multi-car incident in Hungary.

The accident was triggered by Valtteri Bottas braking too late into turn 1 and hitting the back of Lando Norris, pushing the McLaren into Verstappen's car.

Although he was able to continue the race after the red flag, Verstappen was handicapped by extensive damage and only managed to finish in tenth place, allowing Hamilton to open up a six point lead in the standings.

"It’s a lot of freak moments at the moment which cost us a lot of points," he told Sky Sports F1 afterwards. "Again taken out by a Mercedes, so that’s not what you want.

"From then onwards I was missing my whole side of the car, the whole bargeboard area," he noted. "The floor was damaged as well.

"It was almost impossible to drive, to be honest. I still tried my very best and I scored one point, so it’s at least something. But it’s of course not what you want.

"These moments, it doesn’t do anything," he admitted. "It’s just disappointing." 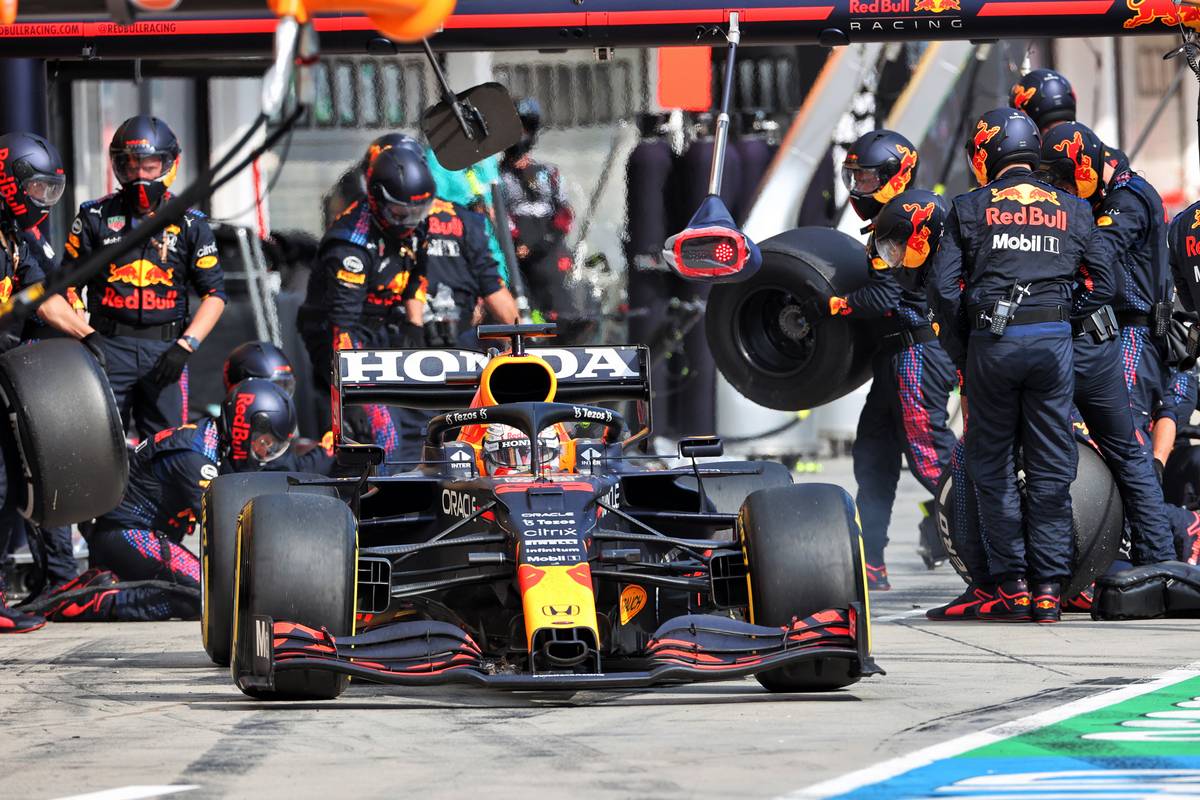 But despite the latest setback in the final race of the first half of the season before the month long summer shutdown, Verstappen is far from giving up.

"I know that when we go again after the break, I will be there again," he said. "I will try my very best.

"Of course I hope my car is going to be competitive, but we’ll find out," he added. "They [Mercedes] are of course very quick.

"We will never give up. We have to focus on ourselves, we keep pushing, and we’ll see where we end up."

With Sergio Perez among those retiring from the race after the first lap melee, Red Bull have also fallen behind Mercedes in the constructors standings.

Ten points now separate the teams after the first 11 races of the scheduled 23-race season.