An emotional George Russell struggled to hold back the tears after Williams' double-points finish in the Hungarian Grand Prix, insisting the outstanding performance was the result of "three years of hard work".

Russell and teammate Nicholas Latifi delivered the first points to their team since the 2019 German Grand Prix after a chaotic and extraordinary round of racing on Sunday at the Hungaroring.

Latifi crossed the checkered P8 after a solid drive in difficult conditions while Russell was one spot behind in ninth place.

The Briton was certainly conscious of the fact that Latifi and himself had lucked into the win thanks to the race's circumstances, but that took nothing away from the sheer emotion linked to the day's achievement.

“Mental, firstly just so happy and quite emotional to be honest because it just means so much more because the result today is three years of hard work,” Russell told Sky F1.

“Maybe we got lucky today, but there are many times that we haven’t got lucky and we truly deserve this.” 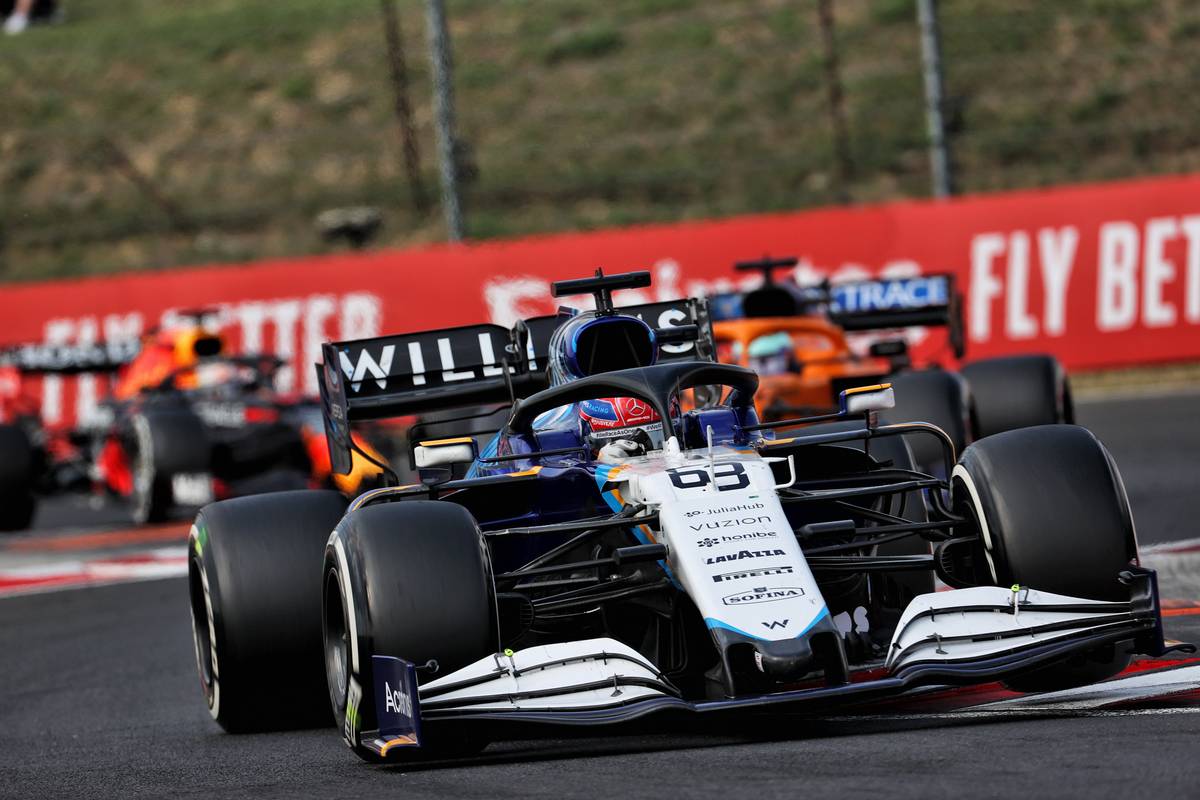 Perhaps the race's oddest moment came at the end of the second formation lap, when the entire field save Lewis Hamilton rolled into the pits to bolt on a set of slick tyres.

Russell said that the decision, given the drying track, was an absolute "no-brainer".

“But I think the predicament Mercedes found themselves in, because they are the first pit box, if they box, every car is going to come down the pit lane and they can’t feed their way back into the pit lane.

“So no matter what they did, they arguably came out last.”

As everyone finally settled into their afternoon, Russell - running among the top ten while Latifi was up ahead in third place - radioed in to suggest that he was willing to compromise his race if it would help his teammate safeguard a position among the top five. 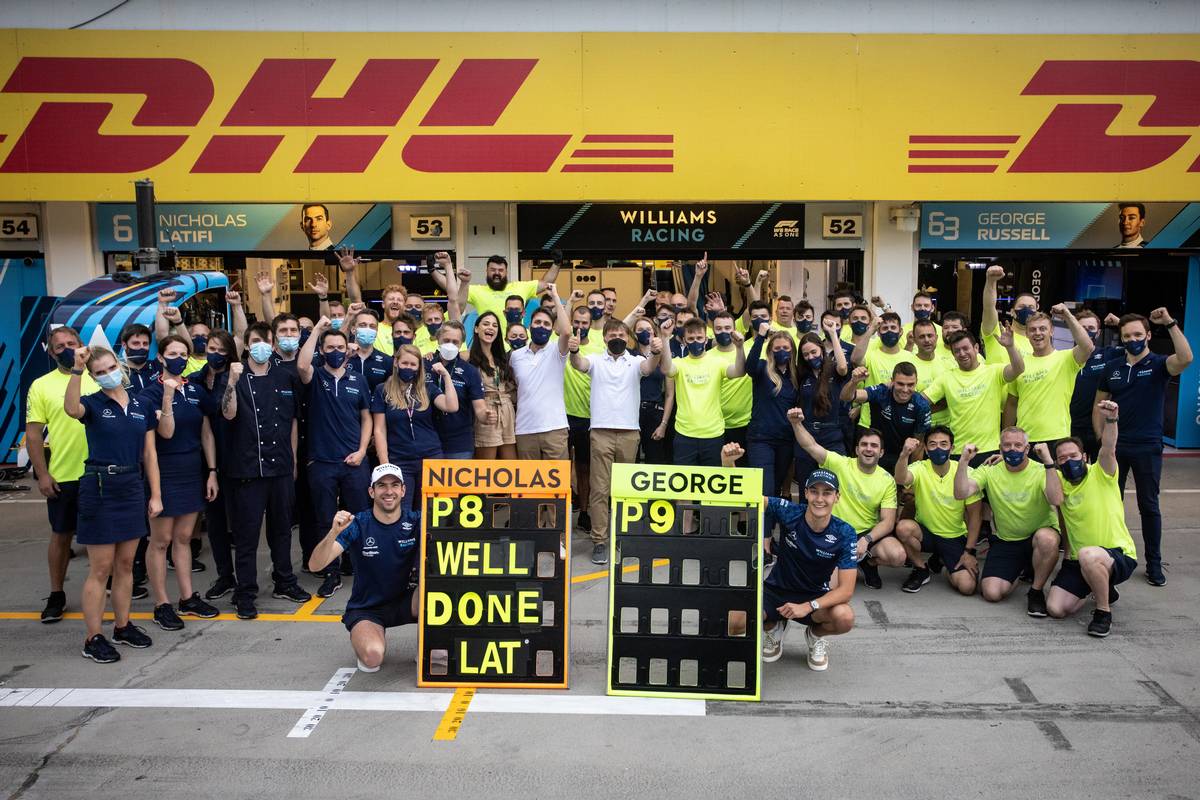 “For me it was clear, I know how much the points mean to the team,” he explained.

“We just need one good result out of 23 races, and if Nicholas could have came home in the top five that would have been enough to absolutely seal P8 in the Constructors’ Championship.

In the end however, both drivers succeeded in protecting their position in the points, with Russell executing a second stint that he believed was the strongest in his career.

“That second stint was probably the best stint of my whole career, by a bit of a margin,” he confirmed.

“I was pushing so hard, keeping Danny Ric [Ricciardo] behind, then Max at the end. Okay he had a bit of damage, but still, we closed a 20-second gap at one point to the cars ahead, having been stuck behind Mick [Schumacher] for 10 laps or so.

“So that was a proper killer stint and that brought us home P9.

“Just overjoyed, so happy for Nicholas.”