Alpine CEO Laurent Rossi expressed his pride in seeing Esteban Ocon standing on the top step of the podium in Hungary on Sunday, feeling "humbled" by the French outfit's position among F1's "giants".

Ocon clinched his maiden win in F1 at the Hungaroring after a flawless drive in difficult conditions and with Aston Martin's Sebastian Vettel upholding the pressure for the duration of the race.

The triumph - also a first in F1 for the Alpine brand - brought the Enstone-based squad its first win since Fernando Alonso's victory in the Japanese Grand Prix in 2008 when the team raced under the Renault banner.

Ocon and Alpine's 'jour de gloire' was also the first win for a French driver driving for a French team since Alain Prost's triumph with Renault in Austria in 1983. 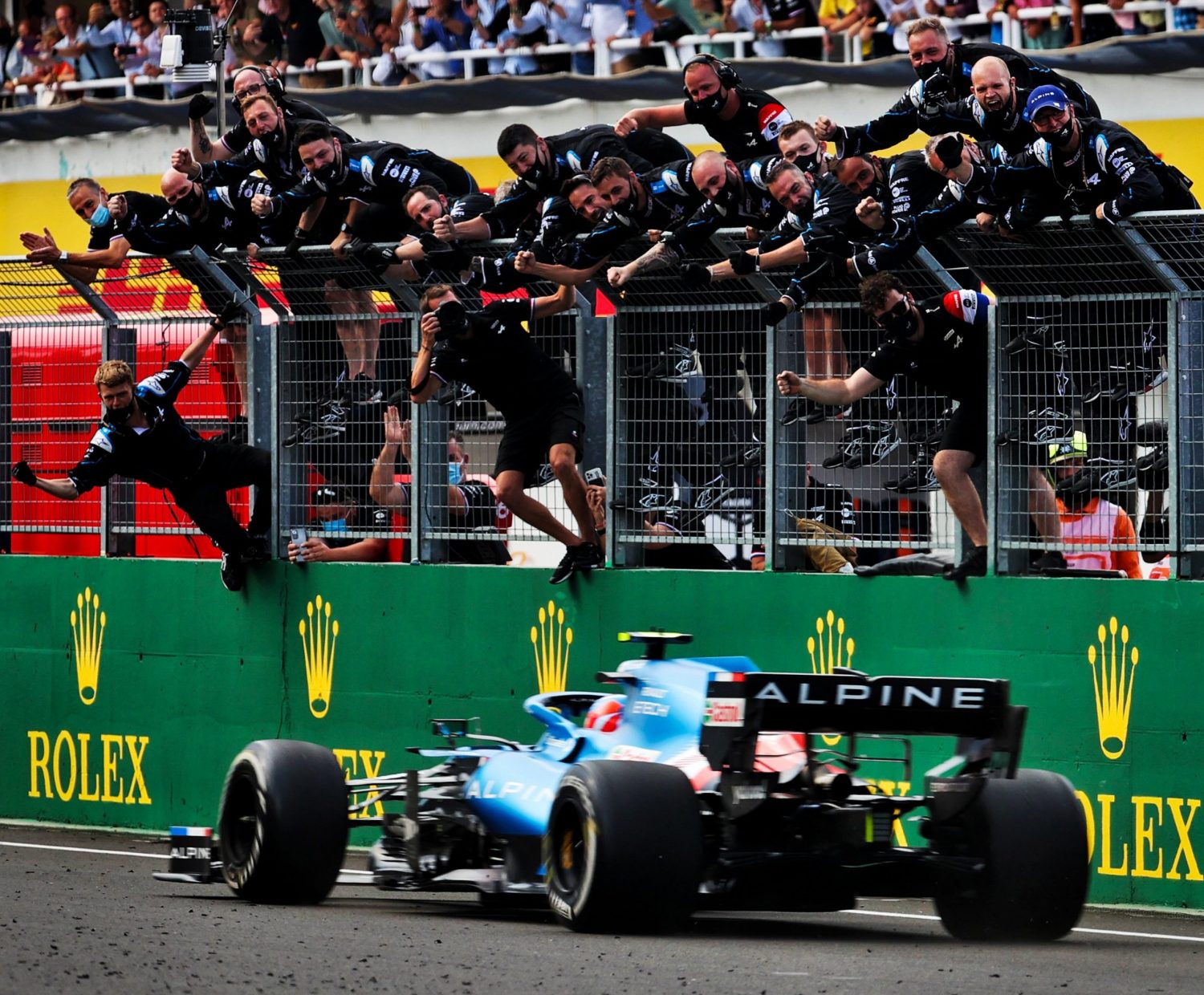 The achievement wasn't lost on Rossi who praised the "great resilience and dedication" of all those involved in the milestone accomplishment.

"I am incredibly proud and delighted with this result," said Rossi. "For Esteban, for Alpine, for Renault Group, for Fernando and for the teams across the UK and France that have worked tirelessly to deliver the first victory for Alpine.

"Everyone has shown great resilience, dedication and passion to get this result – it was great teamwork all round, especially for Fernando and his incredible fighting spirit.

"We are humbled by standing on the podium amongst the giants of this amazingly competitive sport."

Alpine executive director Marcin Budkowski called Ocon's display in Hungary "unbelievable" while praising his team for capitalizing on the opportunity that had come its way on Sunday.

"Esteban was unbelievable today, huge congratulations to him for his first Grand Prix victory," said Budkowski.

"It was a stressful race and it felt incredibly long. We put ourselves in a great position at the start, made the right calls during the race, the pit crew executed two perfect pit-stops and then it was about holding all the way to the end.

"We’ve seen crazy races in the past and it’s about being there to capitalise on any opportunity and today we did just that.

"I’m so proud of this team today, not only here at the track but also at Enstone and Viry, this is the reward for their hard work over the last few years."