Esteban Ocon has become the 111th name added to the list of all-time Formula 1 Grand Prix race winners, after the Alpine F1 driver scored a superb victory in one of the most thrilling, action packed races of recent years.

Wet weather contributed to mayhem at the start of the 2021 Hungarian Grand Prix with several top drivers wiped out or receiving heavy damage before a red flag stoppage.

Ocon had weaved through the carnage and was set to take the restart from second place, but the team opted to bring him in to change from intermediate tyres to a set of slick mediums.

When race leader lewis Hamilton was forced to follow suit a lap later, Ocon then found himself in the lead with Aston Martin's Sebastian Vettel right behind him.

Their battle lasted the rest of the race but Ocon was able to hold on all the way to the chequered flag for a famous maiden win.

““What a moment," said Ocon. “It’s the first victory, obviously, since the Renault Group came back into Formula 1.

“Sebastian was mega quick the whole race, with big pressure but we managed to hold him off so that’s was a great effort," he added. "It feels so good."

Even though he succeeded in keeping Vettel at bay, there was still a late threat from Hamilton charging through the field. Fortunately his momentum was checked by Ocon's team mate Fernando Alonso long enough to ensure the victory.

"Congrats to Fernando," Ocon said. "I think the win also is thanks to him with the fight that he did. It’s been a fantastic day. 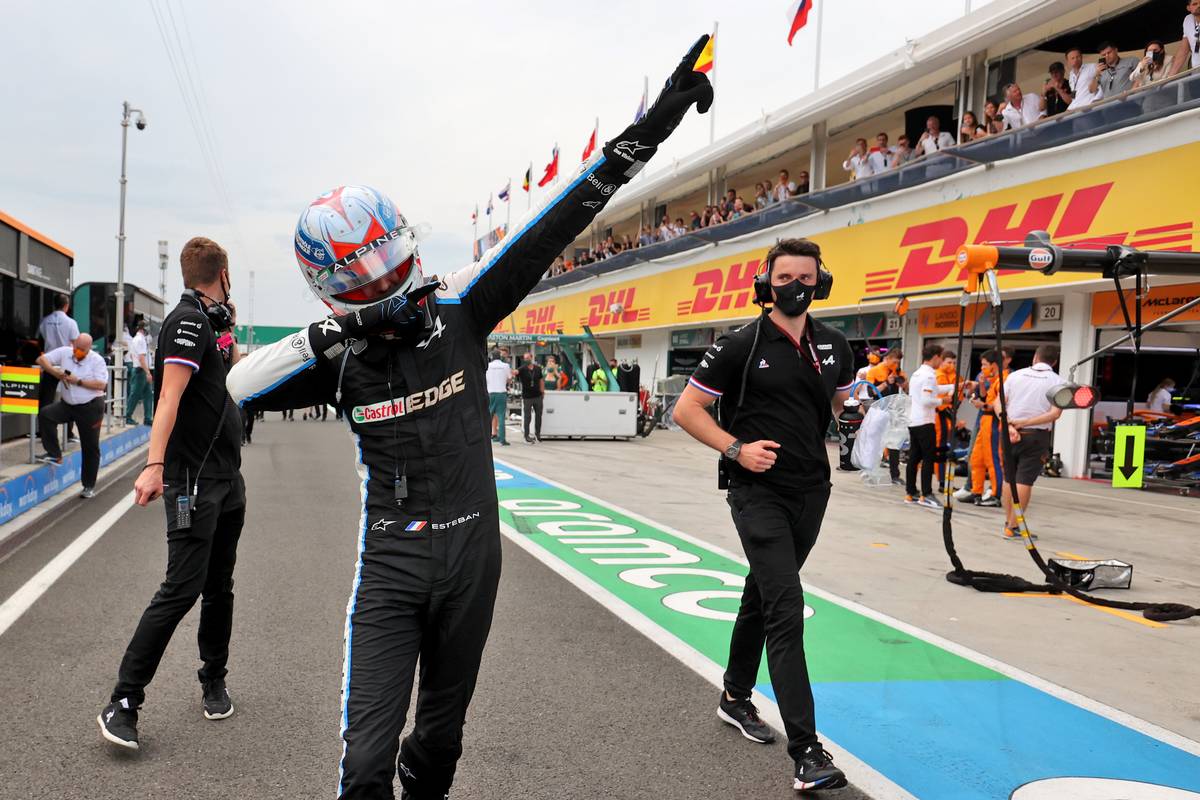 “It’s been awesome to work with Fernando," he continued. "Since the beginning of the year we are forming a real shock duo, we are working together and pushing the team to try and improve and get close to the front.

“Everyone told me a lot of things before Fernando before I came but everything is wrong. I can tell you he is a fantastic guy, and I’m really enjoying the collaboration we have together."

Alonso said he was happy to finish in fifth and added that he was "super, super happy for Esteban!"

"It's a day that he will never forget, but not only for him but for everyone at Enstone," said the two time world champion.

The victory comes after a tough time for Ocon, who struggled to find form after signing a new contract with the team.

“We have had some difficult moments this season that we overcame with the team," he acknowledged. "We came back to a fantastic pace in Silverstone and this victory today what can I say, it’s fantastic.

"Thanks to the trust for everyone put in me," he said. "In difficult moments when you are out of Q1 or 17th, you don’t know where you are but the team kept a big trust and we are back where we belong so that’s fantastic."

However Ocon will have to see the race stewards before he can fully launch into his celebrations.

He has been summoned to discuss what happened immediately after the race, when he failed to return his car to parc ferme and parked it at the end of the pit lane instead.