Max Verstappen is nothing if not confident, and the Red Bull driver has reminded everyone of that fact by claiming to being "absolutely sure" he's faster than arch-rival Lewis Hamilton.

Verstappen enjoyed a strong start to his summer period, winning three consecutive races - in France, Styria and Austria - to build himself a healthy 32-point lead over Hamilton ahead of the British Grand Prix, the Briton's home race.

The high-profile crash at Silverstone between the Dutchman and the Mercedes driver ended up massively benefitting the latter who went on to win race, amid the controversy.

But last weekend's eventful race in Hungary, where Verstappen was once again involved in an opening lap incident, although through no fault of his own, delivered another points advantage to the seven-time world champion who also reclaimed the lead in the Drivers' standings. 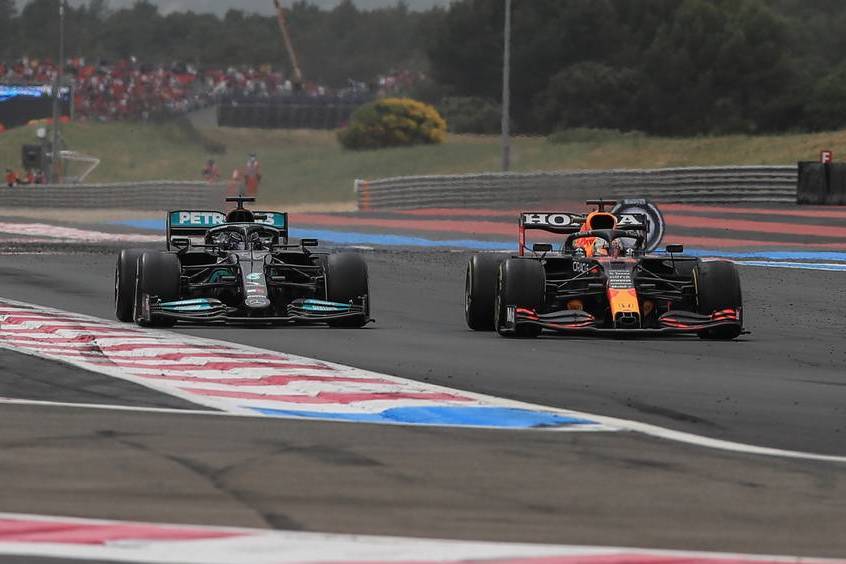 However, Verstappen is determined to fight back, armed with his outstanding talent but his ultra-confident mindset.

"I’m sure we can make it an exciting battle," the 23-year-old told De Telegraaf. "We still have a good chance of winning and should not suddenly give up.

"I see it this way: I can still go faster than anyone in a car. There is also something in it. I am absolutely sure that I am faster than Lewis.

"For me it works very well to think like that. If I didn’t think so, I’d be better off staying at home."

Verstappen's performance in the first part of the 2021 season was helped in part by the edge enjoyed by Red Bull's Honda-powered RB16B over Mercedes' W12.

However, a final update package implemented on its car at Silverstone has delivered an overall improvement to the Brackley squad's car.

Verstappen insists his team now needs to dig in and work to extract more from its car.

"I think the cars were certainly equal earlier this year," he said. "Now Mercedes is back on track and we have to ensure that we straighten it at least. Then I can make the difference.

"It is now up to us to keep working to find just that one or two tenths that they have taken back during this season.

"Look, Mercedes was so dominant in the years before, so in that regard we are in much better shape this season.

"Of course, it also helped a bit that the rules were changed slightly for this year. But we will have to see what we can still get out of the car."