Mercedes allegedly suspects that Honda's engine has been curbed by a recent directive published by the FIA, according to a report in the German media.

After defeating Mercedes in five consecutive races, Red Bull has scored just 5 points in the last two rounds, a track record that has allowed the Brackley squad and Lewis Hamilton to reclaim their lead in their respective championships.

Red Bull's package enjoyed an edge over Mercedes' W12 at the start of the summer, including in terms of straight-line speed, a typical strength of the German outfit's cars in the past.

However, at Silverstone and in Hungary, the latter's contender appeared to outperform or at least draw level with the bulls' Honda-powered RB16.

The introduction of a final update package in Great Britain likely helped Mercedes claw back part of its deficit. But a report from Auto Motor und Sport also claims - based on comments from the Mercedes camp - that Red Bull's pace may have been reined in recently.

"We have the feeling that Honda has taken a step backwards. Everything is maxed out with our engine," Mercedes reportedly said in Hungary. 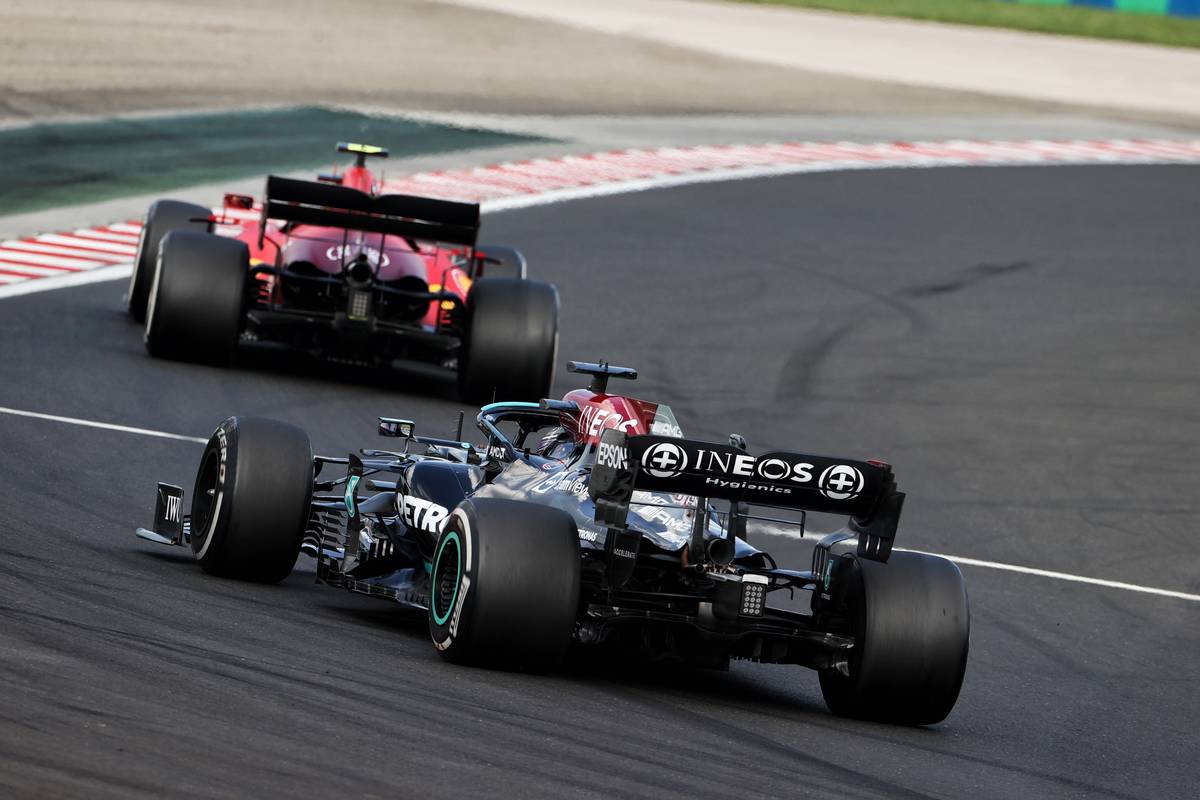 The German manufacturer alluded to a recent technical directive directed at Honda aimed at addressing a disagreement over how the unit manages its energy and deployment.

However, there has been no official word from the FIA confirming such a directive. But AMuS states that this "doesn't mean much as corrections to the engine are usually not made public."

"The technical representatives of the governing body discuss them directly with the manufacturer. Not even the competition finds out about it," added AMuS' report.

However, on Tuesday, a report from RacingNews365 stated that Honda - queried by the website on whether or not it had been the recipient of a technical directive - denied the conjecture surrounding its engine, insisting that while TDs are not made public, they are however issued by the FIA to all teams.

While Mercedes suspects that Honda's unit has perhaps lost some of its muscle, on the opposite side, Red Bull has insinuated - once again per AMuS - that Mercedes may have succeeded in boosting the performance of its engine thanks to improvements to its cooling system.

The speculation arose at Silverstone following Lewis Hamilton's ability to gain ground on Max Verstappen on the stretch ahead of Copse Corner.

But Mercedes denied the conjecture regarding a potential cooling ploy and justified the Briton's gain relative to Verstappen by Honda's unit going into charging mode at that point of the track.

Formula 1 will resume its season at the end of the month at the Belgian Grand Prix at Spa, one of the sport's great power circuits, and a venue therefore where top speed will be closely monitored by the Mercedes and Red Bull camps.

Who will have the advantage, Brixworth or Sakura?