Hamilton emerged unscathed from last weekend's first corner carnage at the Hungaroring while his main rivals - namely both Red Bull's drivers - were all left to ponder their fate after the costly hit from the Briton's teammate Valtteri Bottas.

The seven-time world champion pushed from behind after falling down the order on the restart, and perhaps would have caught and overhauled future race winner Esteban Ocon had it not been for the strong barrage erected during ten laps by Alonso, the Frenchman's Alpine teammate.

At one point, Hamilton lost his cool behind the Spaniard, and complained over his team's radio about Alonso's defensive antics. Asked after the race about the Mercedes driver's protests, Alonso quipped: "He always complains". 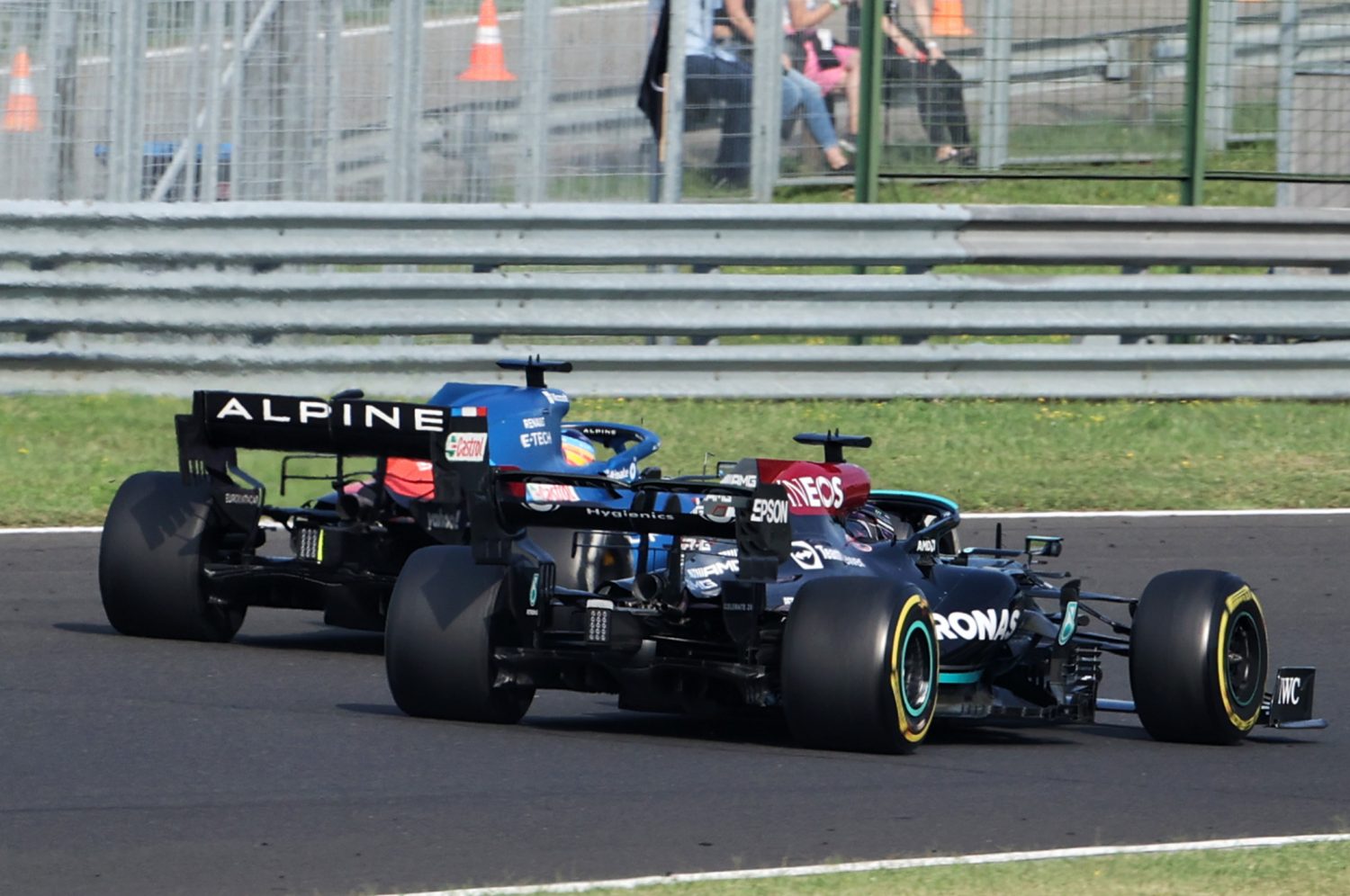 And Marko agreed with the Alpine charger's view, and alluded once again to Hamilton's high-profile run-in with Verstappen at Silverstone a fortnight earlier.

"Everything has been said about Hamilton," the Austrian told F1-Insider.com. "He was able to win in England despite the collision he caused. We accept the stewards’ assessment.

"Still, you can only shake your head after hearing Hamilton’s radio traffic in Hungary during his battle with Alonso. It was way too risky what Alonso was doing there in the fast corners, he complained.

"But how does he rate his action at Copse Corner in Silverstone – one of the fastest corners in Formula 1?"

Assessing Red Bull's situation after Hungary where Sergio Perez retired on the spot at the start of the race while Verstappen scored just two points and lost the lead in the drivers' standings, Marko struggled to conceal his annoyance with events of late.

"It’s a mixture of frustration and anger, perplexity and a little despair," he admitted. "The last two races could be described as collateral damage for us.

"We were comfortably in the lead, now we are not only behind in the World Championship, a chassis has been destroyed, an engine, maybe even a second.

"That means we have to expect a grid place penalty at some point in the year because under these circumstances we can no longer get along with the three different engines.

"It is cynical that we cannot help it and that Mercedes, whose drivers are the cause of our problems, are the big beneficiary."