The Toyota squad continues to dominate the 2021 Le Mans 24 Hours, with its two Hypercar entries comfortably ahead of the competition as they hunt down the marque's fourth consecutive win in the iconic endurance event.

The #7 Toyota Gazoo Racing entry shared by co-drivers Mike Conway, Kamui Kobayashi and Jose Maria-Lopez continued to lead the race as first light broke over the Circuit de la Sarthe on Sunday morning, despite a brief scare when Kobayashi went straight on at Indianapolis at 4:30am local time. The car subsequently suffered a frustrating sticking wheel nut that cost more time on pit lane.

Even so, with over 260 laps completed, the car had a half minute advantage over its stablemate #8 car in the hands of Sebastien Buemi, Brendon Hartley and Kazuki Nakajima, despite that car's involvement in a first lap incident at the start of the race in wet conditions.

Their nearest rivals were five laps behind, with the Alpine Elf Matmut entry shared by Nicolas Lapierre, Andre Negrao and Matthieu Vaxiviere back ahead of the #708 Glickenhaus Racing car of Olivier Pla, Pipo Derani and Franck Mailleux, the two swapping positions with each out-of-sync pit stop.

Alpine always looked a long shot to challenge the Toyota powerhouse especially since it has a smaller fuel tank. A spin by Vaxiviere and a brief technical issue also cost it time but it proved swift enough to recover back to the provisional podium in a fierce battle with the Glickenhaus.

Meanwhile the lead of the LMP2 category was firmly in the hands of Team WRT whose #31 entry (Robin Frijns, Ferdinand von Habsburg and Charles Milesi) had a one lap advantage over the #41 (Louis Deletraz, Robert Kubica and Ye Yifei).

They're now followed by the #28 Jota car crewed by Tom Blomqvist, Sean Gelael and Stoffel Vandoorne after alternator issues for the United Autosports USA car dropped the #22 and team mates Filipe Albuquerque, Philip Hanson and Fabio Scherer out of the battle.

There was also bad news for fans of the all-Danish High Class Racing team, with the #49 entry driven by father and son pairing Jan and Kevin Magnussen together with Anders Fjordbacj were bit by the #26 Aurus 01-Gibson in the Forest Esses resulting in a puncture. A long crawl back to pit lane and a brief engine issue dropped them down to 20th in class (43rd overall). 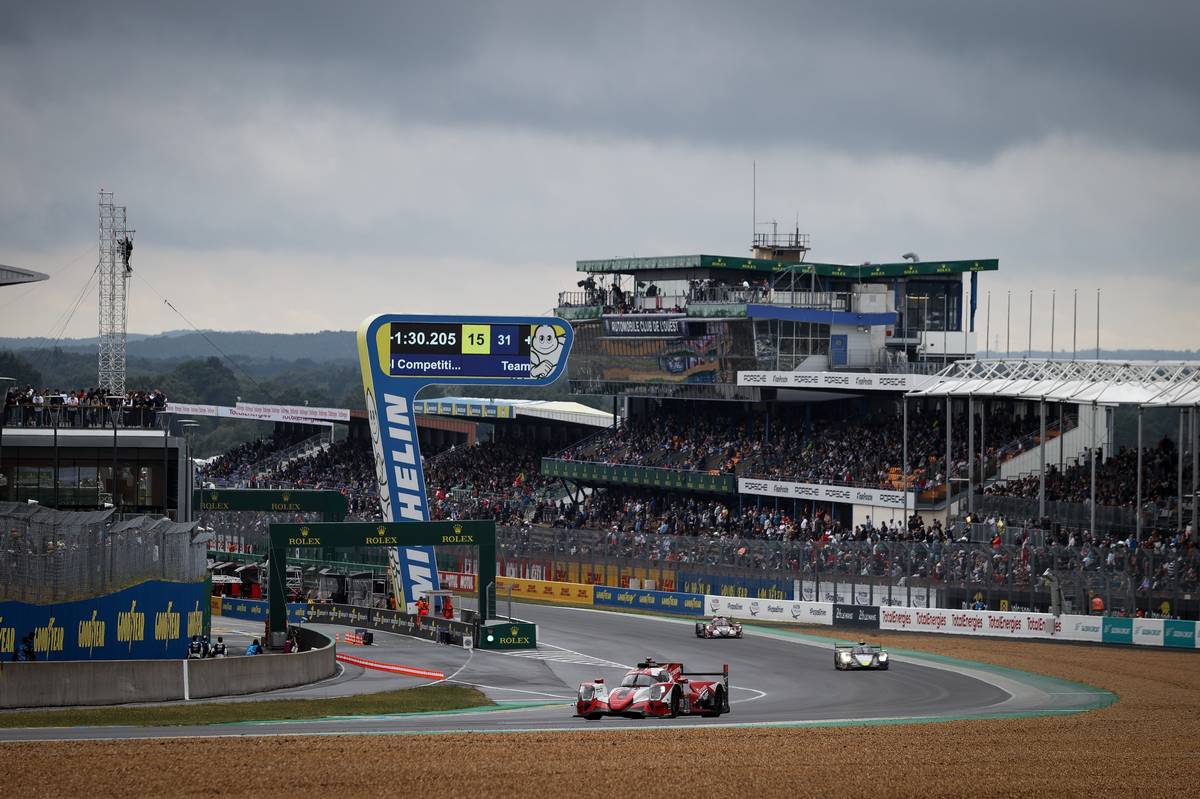 AF Corse and Corvette Racing continued to battle over GTE-Pro honours, with James Calado, Alessandro Pier Guidi and Come Ledogar in the Ferrari 488 GTE Evo narrowly ahead of Nicky Catsburg, Antonio Garcia and Jordan Taylor in the Chevrolet Corvette C8.R.

The longtime leader of the class, the #52 AF Corse, tumbled down the order after hitting mechanical and is currently cunning fifth in class (35th overall) with Sam Bird at the wheel with co-drivers Daniel Serra and Miguel Molina. The #64 C8.R Corvette of Tommy Milner, Alexander Sims and Nick Tandy also lost almost an hour and a quarter with clutch problems

But AF Corse does lead the GTE-Am class thanks to Nickles Nielsen, Francois Perrodo and Alessio Rovera pulling out a one lap advantage over TF Sport where Felipe Fraga, Ben Keating and Dylan Pereira were sharing driving duties at the wheel of the Aston Martin Vantage AMR.

After the rain caused a chaotic start to the race and more mayhem in the evening, ten of the 61 cars starting the race are currently listed as stopped or retired.

'Not in our culture to give up on development' - Horner