After a sour end to the first half of the season heading into the summer break, Max Verstappen was delighted to be back on top in his ongoing championship fight with Lewis Hamilton.

Incidents at Silverstone and the Hungaroring meant that Verstappen lost his points advantage in the title battle, so he's looking to 'reset' his campaign this weekend at Spa-Francorchamps.

Clinching pole position for the Belgian Grand Prix in Saturday afternoon's dramatic, rain-hit qualifying was just what the Red Bull driver was looking for, especially in front of legions of adoring Dutch fans from across the nearby border.

“I am very happy with pole position here at a home Grand Prix, but it was not easy out there," he said.

"Of course, super happy to to to have a qualifying like this after the break," he told the media in parc ferme. "You know, to have a pole position again.

"It's an amazing track to drive but very challenging in the wet," he said. "But at the end we were first and that's of course the most important.

"It's been a really tricky qualifying, hard to keep the car on track," he acknowledged. "Switching the tyres on as well at the right time.

"It was so important to get the tyres up to temperature because that could give you a few seconds of lap time around a long track like this.

"It was very hard to nail a lap, I was just trying to find the right lines at the right times and judging how fast to go into corners. 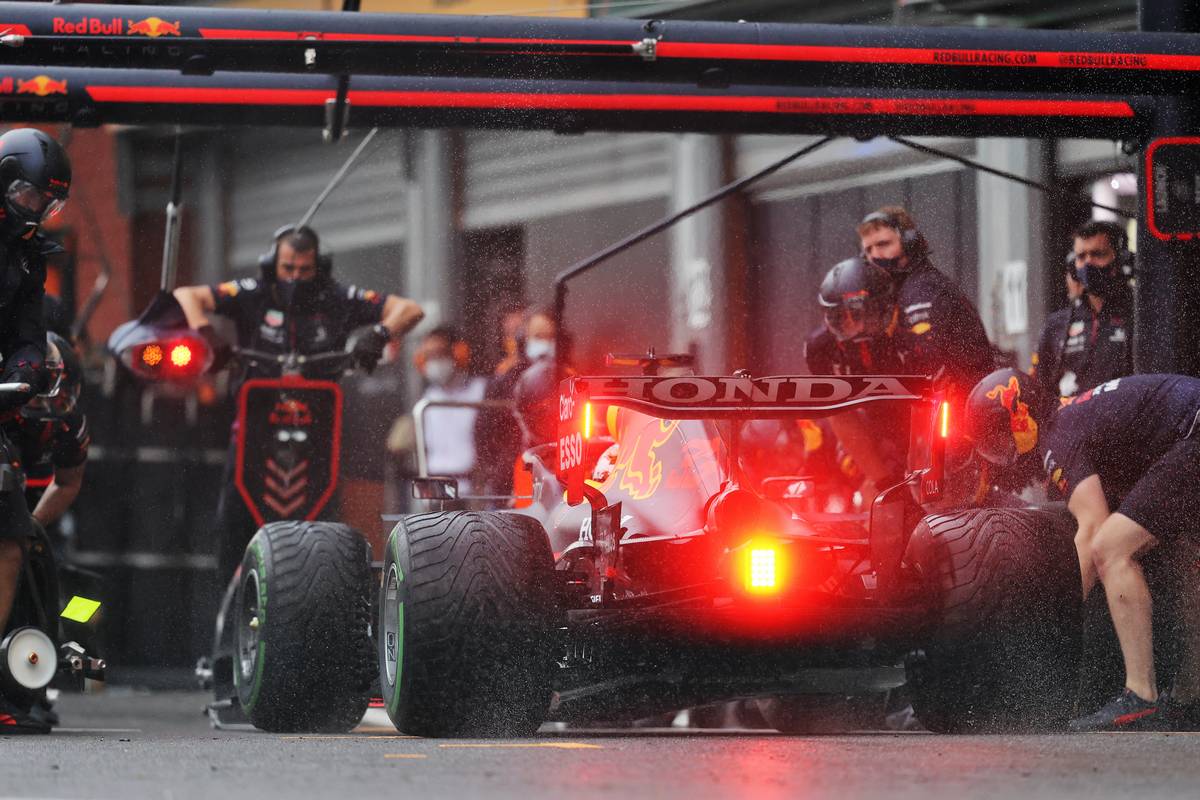 "As you can see in Q1, a lot of people including myself who went out on the extreme [tyres], that it was just very slow, was really a lot of seconds off the pace.

"So then naturally you switch to the to the intermediate, but of course that tyre cannot handle a lot of standing water, so again there also it becomes quite tricky.

"Also, you know, the long break between Q2 and Q3," Verstappen said, referring to the challenge of the long wait before the final round resumed after a red flag for a serious crash involving McLaren's Lando Norris.

"It's not easy then to settle in and learn the track conditions again," he added, before sending his best wishes to Norris who had been dispatched to hospital for medical checks.

"I hope that Lando is feeling okay and that he doesn’t have any serious injuries, because that didn’t look like a good impact at all. He’s a good friend of mine so I hope he can race tomorrow.”

When the session did resume, ultimately it all came down to Verstappen's last run in Q3 and his final opportunity to pip George Russell for what would have been a shock maiden pole for the Williams driver. 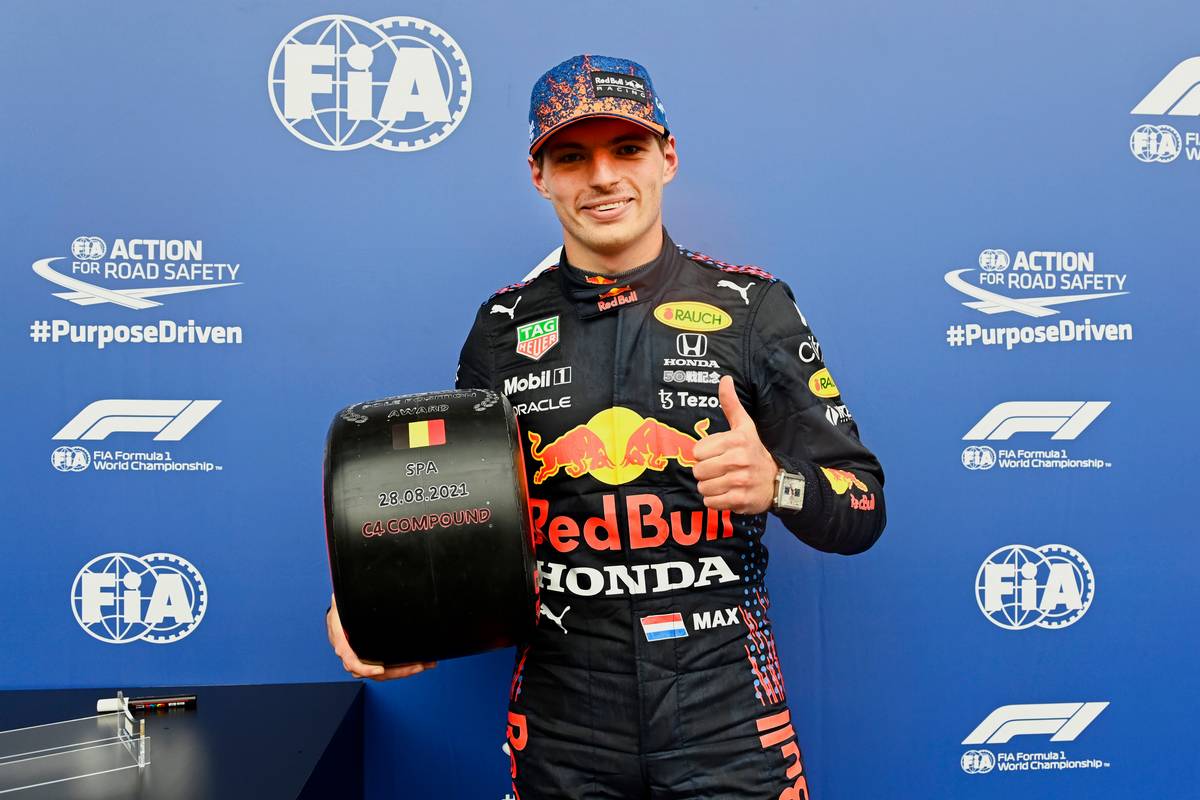 Verstappen pulled it off, giving Red Bull its first pole position at Spa for ten years. It's also the Dutch driver's Max’s ninth career pole in F1. The timing couldn't be better, coming on the 50th outing for the team in partnership with engine providers Honda.

"Max has always been very strong in the wet," said team principal Christian Horner. "He made a mistake on his first lap but absolutely nailed his second lap, so it is now crucial that we convert this into good points tomorrow.

"It looks like the weather could be similar to today, but at least if it is wet we have some visibility by starting at the front."

Horner was happy that both Verstappen and his team mate Sergio Perez still had a set of new intermediate tyres left to use if the rain does return on Sunday. "I think we are the only team in the top 10 to have managed that, so we have that up our sleeve."

However, Perez will be starting from seventh on the grid meaning that he will be lucky to play a significant role in the team's race strategy or help Verstappen in his fight with Hamilton, who will be lining up right behind Verstappen and Russell in third place when the lights go out.

"Tomorrow we don’t know if it will be a dry or wet start," said Verstappen. "I think if it’s wet I don’t mind if I start first because at least I should have clear vision.

"But I just hope that we have a good and clean start," he added, doubtless recalling the first lap collisions he has suffered in the most recent races and keen to avoid similar problems tomorrow.

Norris given the all-clear to race in Belgian GP