Lando Norris will start his 50th Grand Prix tomorrow at Spa, having been cleared to race after undergoing a check-up following his massive crash in qualifying.

At the start of Q3, Norris hit the barriers on the tricky run up Raidillon on the wet track and ricochet further up the hill, the McLaren car coming off the worse for wear while its lucky driver emerged unscathed from the wild wreck.

Norris cleared the mandatory first check at Spa's medical center but a precautionary X-ray at a nearby hospital was prescribed to alleviate any doubts over a bout of discomfort lingering in the McLaren driver's elbow and arm.

However, further checks revealed no fractures according to McLaren team boss Andreas Seidl and Norris was given a clean bill of health and the all-clear to race on Sunday. 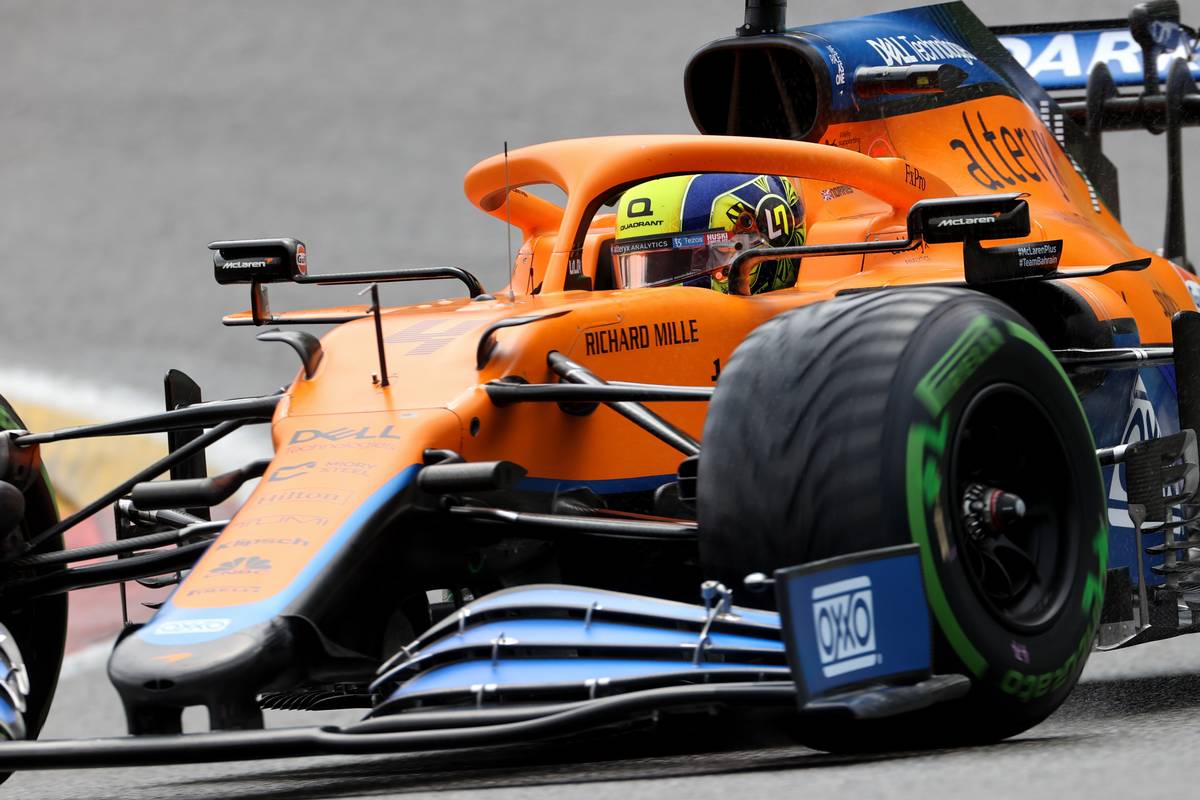 "The checks were done in the hospital, also on his elbow that was hurting a bit," Seidl told the media. "Everything is good, and he’s good to be back racing tomorrow."

Seidl said that McLaren's crews were currently assessing the damage suffered by Norris' MCL35M and considering whether to repair the car or build up a new chassis, with the latter option entailing a pitlane start for Norris.

"The assessment of the damage is still ongoing, in terms of what we have to change and the impact on the starting position tomorrow. That's still in progress," said the German.

"The most important thing is Lando is OK, now our focus is on getting the car ready for tomorrow. Knowing that Lando is in top form hopefully we can get back into a position to score points with him."

"I didn't speak with Lando in detail, it's something we'll do tonight. I think it was a reasonably heavy impact, but with the safety we have in F1 and the safety the circuit is having luckily he ended up with just bruises or whatever."

Vettel believes Q3 'should not have started at all'

Verstappen 'super happy' to be back on top in Spa