Heavy rain and fog has forced a lengthy delay to the start of the Belgian Grand Prix at the Circuit de Spa-Francorchamps.

Race control announced an initial five minute delay to the start procedure with less than 90 seconds to go to the scheduled start time. That was followed by more incremental delays over the next 25 minutes.

The conditions had barely changed when it was decided to attempt a formation lap behind the safety car.

The cars finally pulled away from the grid, but with the exception of Max Verstappen - who had the best visibility starting from pole position at the front of the field - the drivers immediately reported being unable to see anything ahead of them in the water spray.

Although the track wasn't completely flooded at all points, drivers were also complaining about issues with aquaplaning, which had earlier caught out Sergio Perez at Les Combes on his out-lap to the grid meaning he was unable to take the start.

Race control was forced to suspend the start procedure after a second lap behind the safety car, with red flags sending the drivers back down pit lane to wait for an improvement in the conditions.

Red Bull took the opportunity to contact the race director to query whether Perez could now rejoin the race if his damaged car could be repaired in time. The initial answer from Michael Masi was no, but the matter was referred to other FIA officials who ruled in favour of the team, declaring that Perez would indeed be allowed to make a pit lane start. 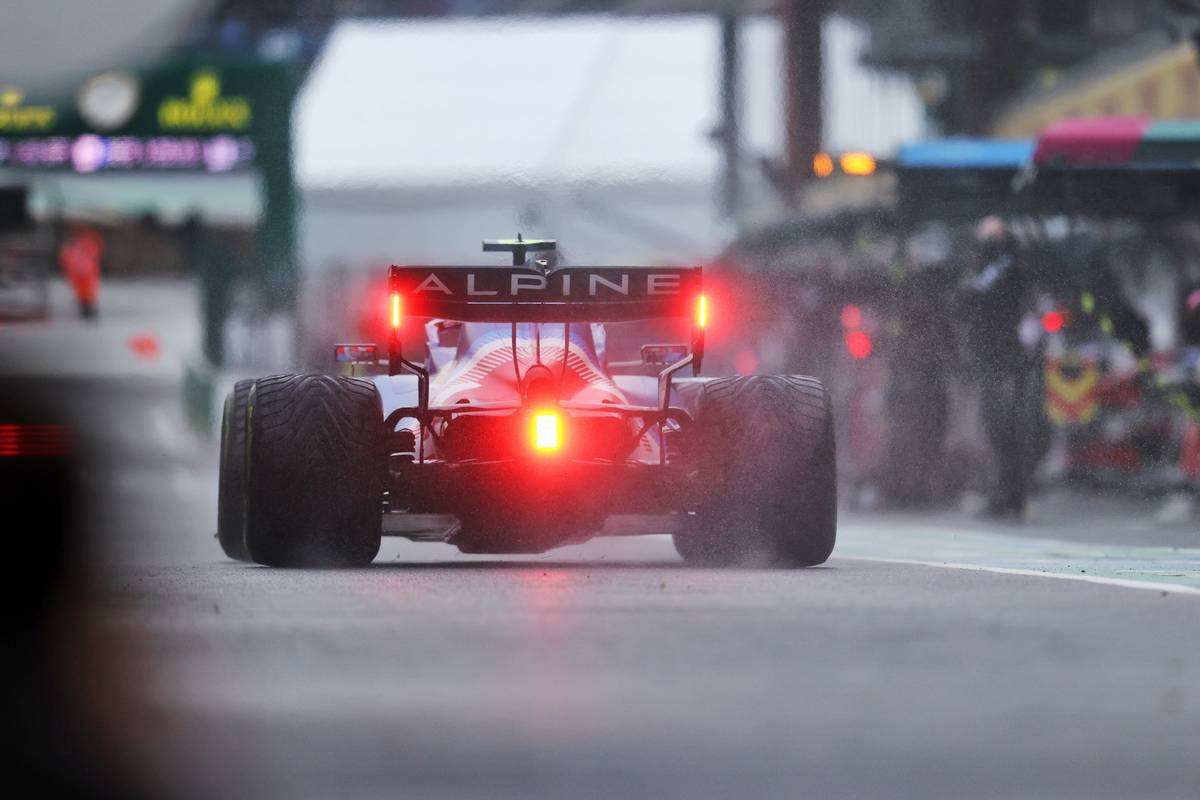 Meanwhile there were protracted discussions about how long the race could actually be put on pause. The rules state that an event has to be completed within three hours of the scheduled start time, meaning a cut-off at 5pm BST (6pm local).

However with an hour to go until that deadline the FIA used a force majeure clause in the sporting regulations to temporarily stop the clock in order to try and get the race underway.

"What's going to limit us is at some point it's going to get dark!" said Alpine executive director Marcin Budkowski, with AlphaTauri's Pierre Gasly having earlier quipped that now would be a good time to upgrade the car with headlights.

Even if the race does get underway, there won't be time to get a full race completed. Full points would only be awarded if three quarters of the scheduled distance is run; anything less than that (but more than two laps) would mean only half points given.

It's unknown what Formula 1 would decide to do if the race can't be started in any form on Sunday.

Race control has announced that the race will finally start at 5.17pm UK time (6.17pm local time) lasting no more than one hour, with Perez starting from pit lane.

Perez out of Belgian GP after crashing on way to grid!