Lewis Hamilton says the two laps run by the field behind the safety car at Spa, which led to the race being declared official, was a "bad choice" and dictated by a "money scenario".

Sunday's horrendous conditions at the Belgian Grand Prix produced a start behind the safety car that was aborted by a red flag, a near three-hour wait and a final attempt to get things underway that lasted but two before FIA race director Michael Masi called it a day.

However, because F1's sporting rules allow for a race to be declared official and for half-points to be awarded on the basis of the minimum two laps, even if they were completed behind the safety car, Max Verstappen was declared the winner of the 2021 Belgian Grand Prix.

The Red Bull driver thus stood on top of a podium that included Williams' George Russell and Hamilton on the third step.

But while the Mercedes driver agreed that conditions were "far too dangerous for us to go out", Hamilton said he felt "really disappointed" for the fans who deserve to "get their money back". 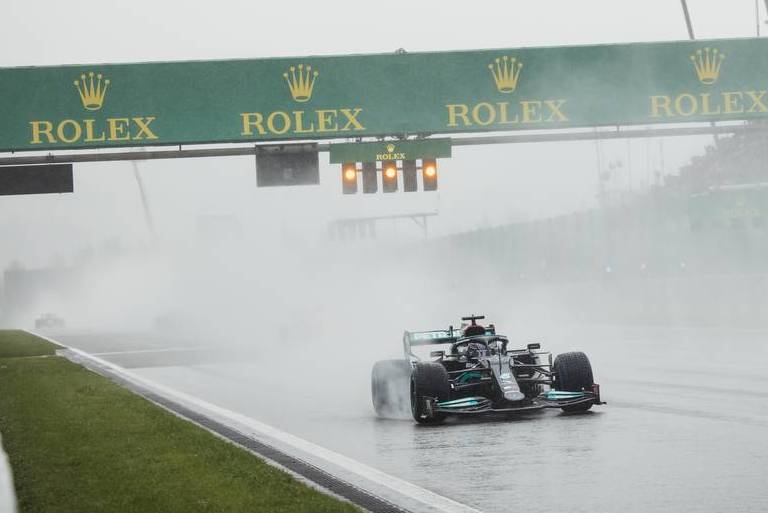 "Money talks, and it was literally, the two laps to start the race, it's all money scenario," said the seven-time world champion who made clear that the two-lap procession behind the safety car was done only for financial reasons.

"So everyone gets their money, and I think the fans should get theirs back too, because unfortunately, they didn't get to see what they came and paid for.

"It's a shame we can't do the race tomorrow. But yeah. And I love this track as well. I'm so sad that we couldn't do this, but today wasn't a race."

Hamilton admitted that there was just no way to go racing at Spa on Sunday, but insisted that the decision to call it "a race" was wrong.

"I think the sport made a bad choice today," Hamilton said.

"Of course we wanted to race. There's a minimum of two laps that you need to do to count as a race, and between that gap of stopping the first time to the second time, it had rained consistently.

"There's only one reason they sent us out. So that's why I feel more bad for the fans." 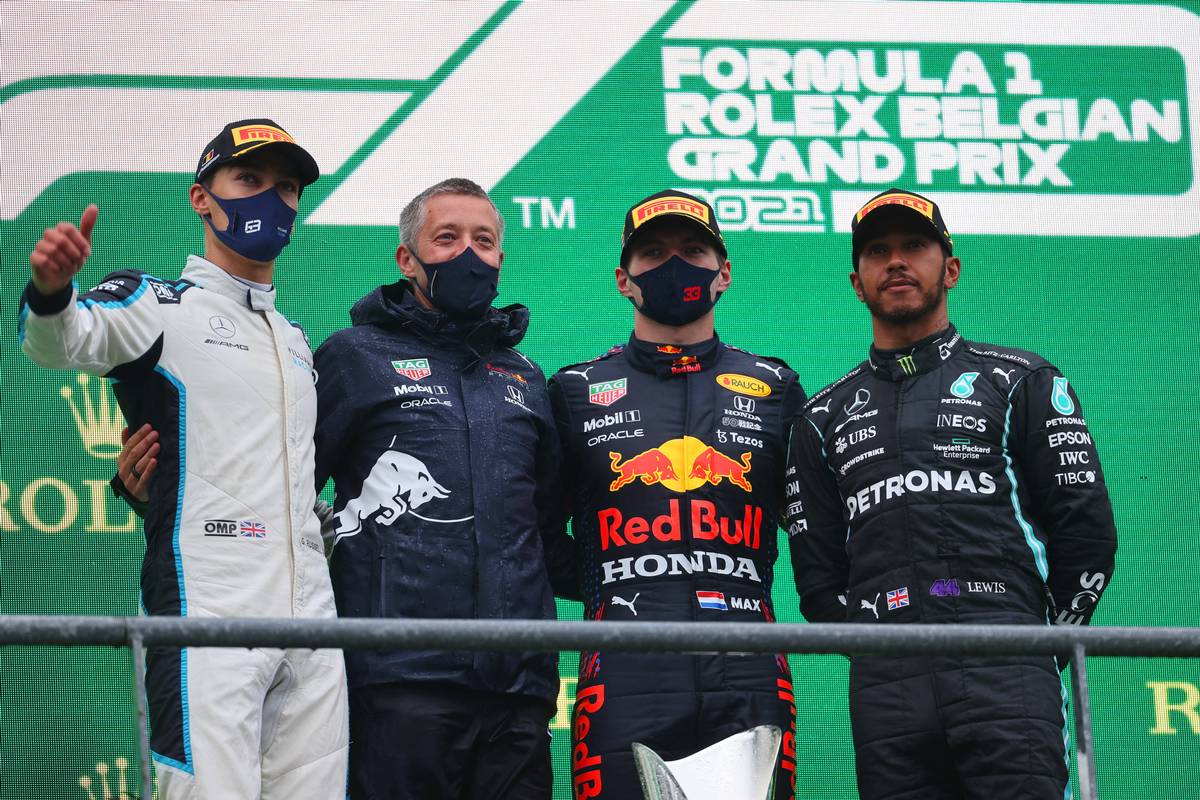 At the outset, during the opening formation laps, Hamilton reported the conditions to his team.

"You couldn't really see five metres in front of you, the car disappears," Hamilton said.

"So, very difficult down the straights to even know where that flashing light was, and you couldn't even go flat out down, because you didn't know what part of the track that would be on.

"So it's a shame, because of course I wanted to race, and I think it could have been a great race if it hadn't rained so hard."

The 2021 Belgian Grand Prix will go down as the shortest race in F1 history, but also as the longest one to complete!

Verstappen: Bizarre Spa victory 'not how you want to win'

Russell admits he 'wasn't expecting' a podium in 2021