If the rain-soaked Belgian Grand Prix had any silver lining, it was surely George Russell being rewarded for his recent efforts with his maiden Formula 1 podium after finishing in second place in Spa on Sunday.

Russell had produced a dazzling lap in qualifying the previous day to put himself on the front row of the grid for the race, his best performance for Williams to date.

But while Russell has been well known for delivering some impressive qualifying performances in the past year, the car is simply not fast enough to stay ahead of its rivals on race day and Russell was resigned to sinking down the order when the lights went out.

Instead, heavy rain and poor visibility meant that the race never got truly underway with only two laps completed, both of them behind the safety car meaning that no one could overtake.

That kept Russell in second place as race control confirmed that no further attempts would be made to get the race underway, handing Russell a podium on his 50th Grand Prix race start.

“It doesn't matter,” Russell said when asked by the media whether the way in which he'd been handed the podium had soured the achievement. "We don't often get rewarded for great qualifyings, and we absolutely did today.

“The whole team deserve it because there has been so much hard work going into this over the last few years," he pointed out. "There's not really been anything to show for it, or proof for it.

“We absolutely nailed it yesterday and here we are standing on the podium," he beamed. "I can tell you I didn't expect that this year, that's for sure! 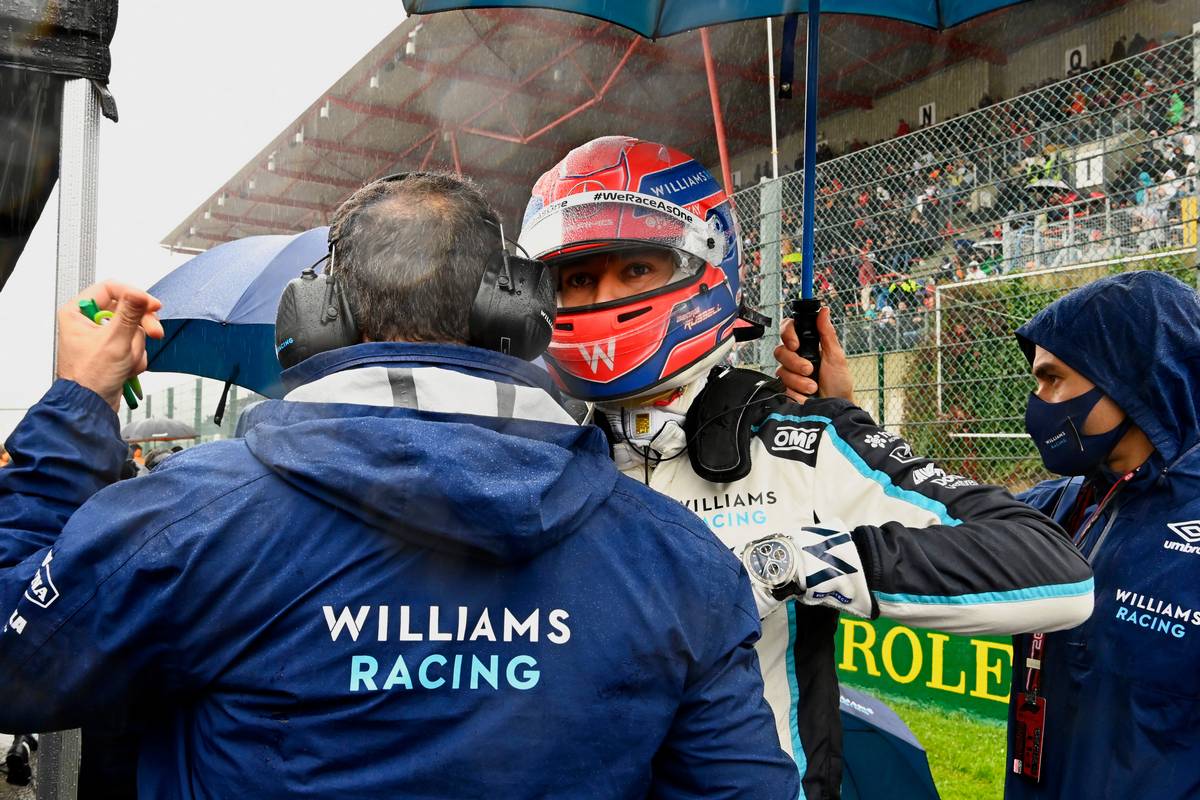 “It was a shame we couldn't get this race underway, but from our side and the team side it is such an amazing result.”

He added that he would have liked the day to be more rewarding for the fans in the grandstands who had toughed out the terrible weather.

"I just want to say so sorry to all the fans, and it was amazing their support to stay out here throughout. We were all in the same boat."

Although the shortened race meant that drivers were only awarded half points in the championship, it still adds nine points to the seven he won last time in Hungary.

With his team mate Nicholas Latifi also finishing in the top ten on both occasions, Williams now have a whopping 20 points in the constructors standings.

That puts them into eighth place, a huge step forward to the wooden spoon they received in the last two seasons with the squad picking up no points at all in 2020.

Meanwhile Russell's recent strong performances have made him hot favourite for promotion to Mercedes next season in place of Valtteri Bottas.

Hamilton: Two-lap run behind safety car was 'all money scenario'