Red Bull driver Max Verstappen managed to claim his first career victory in the Belgian Grand Prix - long considered to be his favourite home event on the F1 calendar - but in the most bizarre circumstances possible.

Heavy rain and poor visibility at the Circuit de Spa-Francorchamps meant that it was impossible to get the race underway on Sunday.

Two attempts were made at a rolling start behind the safety car, only for the red flag to come out after a single lap on each occasion before race control declared that there would be no further restart attempts.

With both laps taking place under yellow flag conditions there was no passing allowed, and so Verstappen duly led both laps from pole position before being declared the winner ahead of Williams' George Russell.

With only two laps completed in total, only half points were awarded to the drivers in the top ten, and the whole thing had left Verstappen frustrated.

"It's a big shame to not do proper laps, but the conditions were very tricky out there," he told the media in a soaked parc ferme afterwards, adding that he felt the race should have gone ahead on time in the first place.

"I said at 3:30pm, let's go," he said. "The conditions were decent, but the visibility was very low so I think if we would have started at three o'clock, we had a better chance.

"After that it just stayed really wet and kept raining. It's a win, but not how you want to win."

Verstappen gave credit to the legions of 'orange army' fans in the grandstands for sticking with the race in truly horrible and wet conditions. 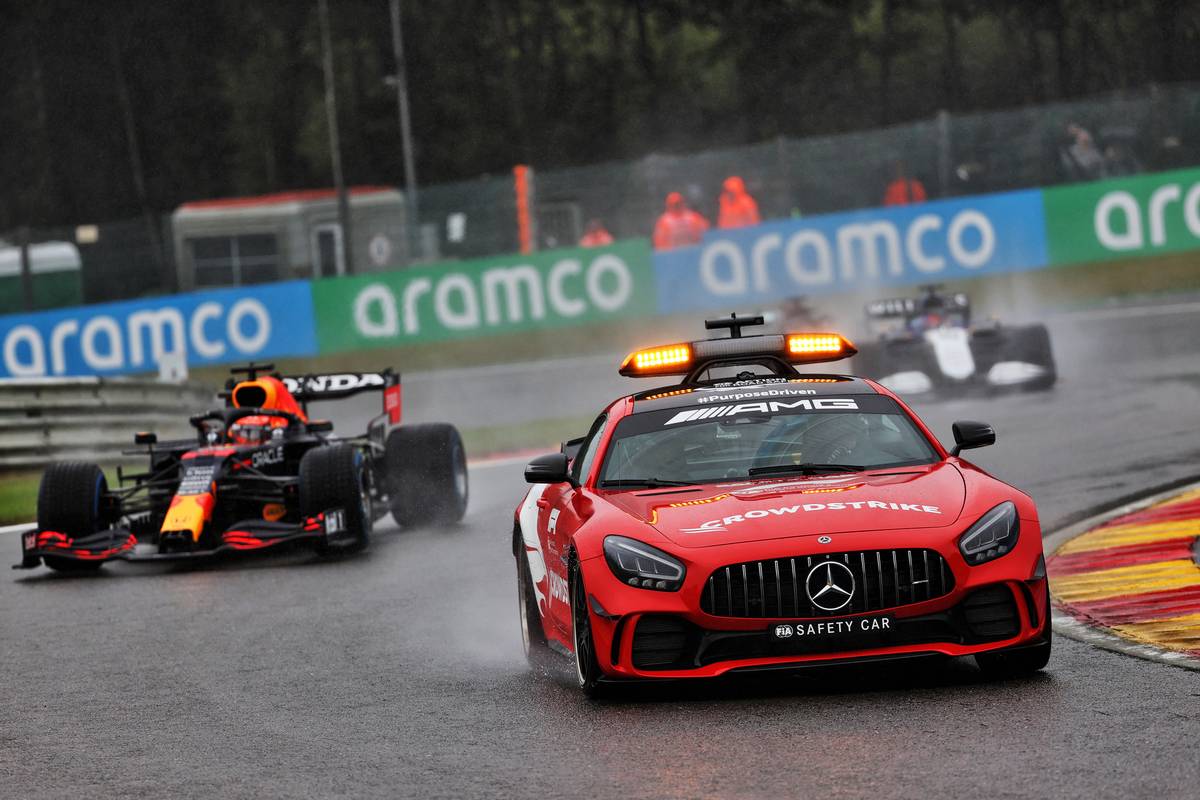 "Big credit goes to all the fans around the track to stay here, you know the whole day in the rain and the cold, windy conditions. I think they are the bigger winners today."

Instead of the usual 25 points for winning the race, Verstappen picked up just 12.5pts today while Lewis Hamilton took away nine points for third place.

It means Hamilton retains the lead in the drivers championship by just three points in total.

"We have to keep on pushing, keep on trying, of course, to close it and of course, go ahead," Verstappen said when asked about the close title fight. "We have a few more races to do that.

"I'm confident that we have a good car, we just need to keep on trying to get a bit more performance out of it."

Verstappen's team mate Sergio Perez failed to finish in the points after aquaplaning off on his way to the original grid.

Although the team repaired his car in time for the restart, he had to start from the back of the grid instead of the seventh place in which he originally qualified.

Hamilton: Two-lap run behind safety car was 'all money scenario'