Romain Grosjean's IndyCar career is set to move up to the next level in 2022, with the Frenchman reportedly joining top team Andretti Autosport for a full campaign in the series.

After a ten-year spell in Formula 1 that came to an abrupt and fiery end last year in Bahrain, the former Haas driver found a second motorsport life in America earlier this year.

Grosjean was recruited by NTT IndyCar Series midfield outfit Dale Coyne Racing to make his debut in the series on the basis of a part-time program restricted to the championship's road course rounds.

The 34-year-old blended nicely into the competitive series, clinching his maiden pole on Indy's road course last May and achieving two podiums so far this season. 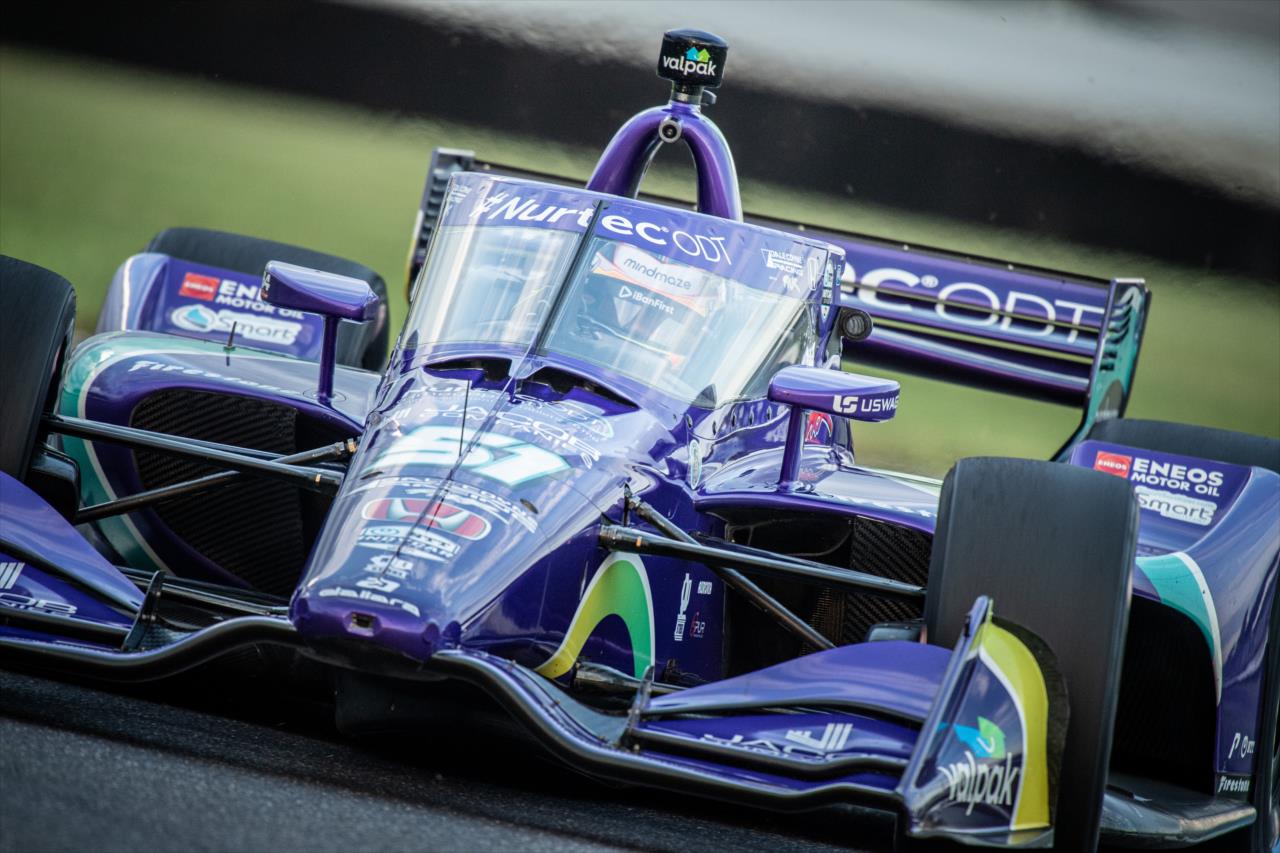 As he earned his IndyCar stripes, Grosjean also made his oval debut earlier this month at Gateway where he acquitted himself well, hailing the "amazing experience".

With his stock trending upward, the Frenchman eventually put himself in line for a plum seat in 2022 with front-running team Andretti Autosport.

According to RACER's Marshall Pruett, the two parties came together at the most recent race at Gateway to seal a full-time deal for next season that will see Grosjean replace Ryan Hunter-Reay at the wheel of Andretti's #28 Honda-powered entry.

Grosjean will nevertheless be up against some tough inner-team competition at Andretti where he'll be racing alongside current IndyCar points leader Colton Herta and Indy 500 winner Alex Rossi.

Speaking last weekend at Spa about his former driver's endeavor into the IndyCar series, Haas team boss Guenther Steiner said that he was happy to see Grosjean perform well in the US.

"I’m very happy for him," Steiner said to Motorsport.com. "Last year was very tough for him.

"I’m not going back to the incident [in Bahrain]. It’s our car last year, you know, where we were. So it was a tough year for him.

"It’s good that he can come back and do what he’s doing. Because he is clearly surprising people, because he’s not in one of the big three teams, which makes it already difficult, but he’s always showing that he’s there when there is something good to be taken.

"For sure, I know the guy now well enough, he will be very motivated by that. Because he lives on his results. That is what he does. So I’m very happy for him."

Gasly: Lack of visibility harbinger of 'big accident' at Spa