Ferrari's Charles Leclerc and Carlos Sainz emerged as the fastest drivers in the second hour-long practice session for the 2021 Dutch Grand Prix at Circuit Zandvoort.

They were quicker than Alpine's Esteban Ocon who had topped the timesheets early on, with Valtteri Bottas fourth for Mercedes, followed by local hero Max Verstappen in the Red Bull.

The session saw two more red flags, with the first triggered by Lewis Hamilton who completed only one flying lap before crawling to a halt after reporting a loss of power on the Mercedes. The second stoppage was down to Haas' Nikita Mazepin finding the gravel at turn 11.

With teams and drivers keen to get back out on track at Zandvoort after the prolonged disruption to morning practice from Sebastian Vettel's engine failure, there was some minor frustration when the start of FP2 was delayed by five minutes for unspecified reasons. Fortunately, unlike Spa-Francorchamps, the cause was not weather related this week with immaculate blue skies and sunshine and a pleasant 20C air temperature for Formula 1's September beachside vacation. 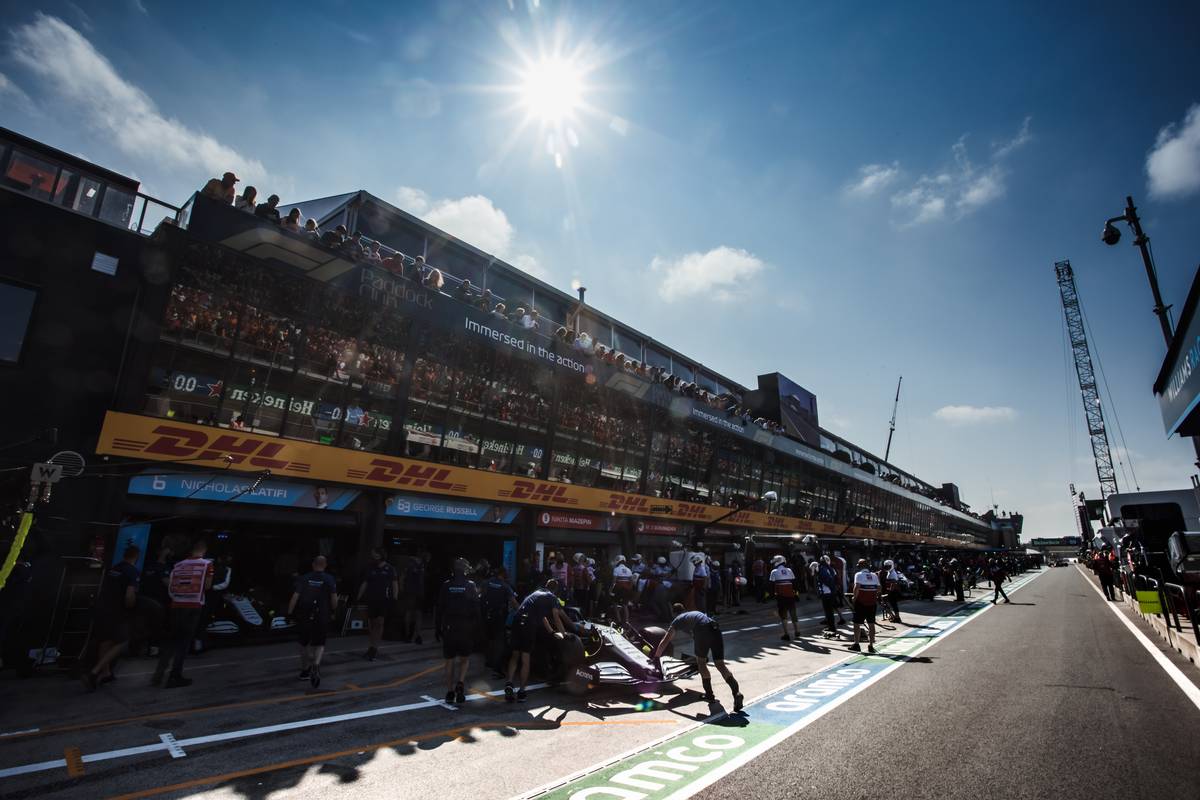 The lights finally went green at the end of pit lane and Kimi Raikkonen was the first of 19 cars quickly heading out on track. The exception was Vettel, the Aston Martin pit crew still completing a change of engine. The short lap meant that times were still popping up on the timing screens, with Valtteri Bottas top with a time of 1:11.664s which was a quarter of a second quicker than his Mercedes teammate Lewis Hamilton followed by the two Ferraris of Charles Leclerc and Carlos Sainz, all of them beginning the afternoon on the medium compound.

A big cheer then went up from the legions of orange army Dutch fans in the grandstand - but it wasn't for a new flying lap from Max Verstappen. Instead it was the sight of Hamilton crawling to a halt at Mastersbocht that had delighted the orange army. He had been told to stop by the team after reporting a loss of power rather than limping back to pit lane, bringing out a red flag just seconds after completing his quickest lap. Once again the session clock continued running, meaning that more valuable practice time was being lost.

By the time the Mercedes was recovered there was 45 minutes left to run, and this time Vettel was able to join the rest of the field for the fun. Verstappen was quickly into second place just 0.029s behind Bottas, with Alpine's Esteban Ocon - freshly warned by the race stewards for his clash with Lando Norris at the end of FP1 - checking in to third place ahead of the now-absent Hamilton whose early lap was slowly sliding down the order. 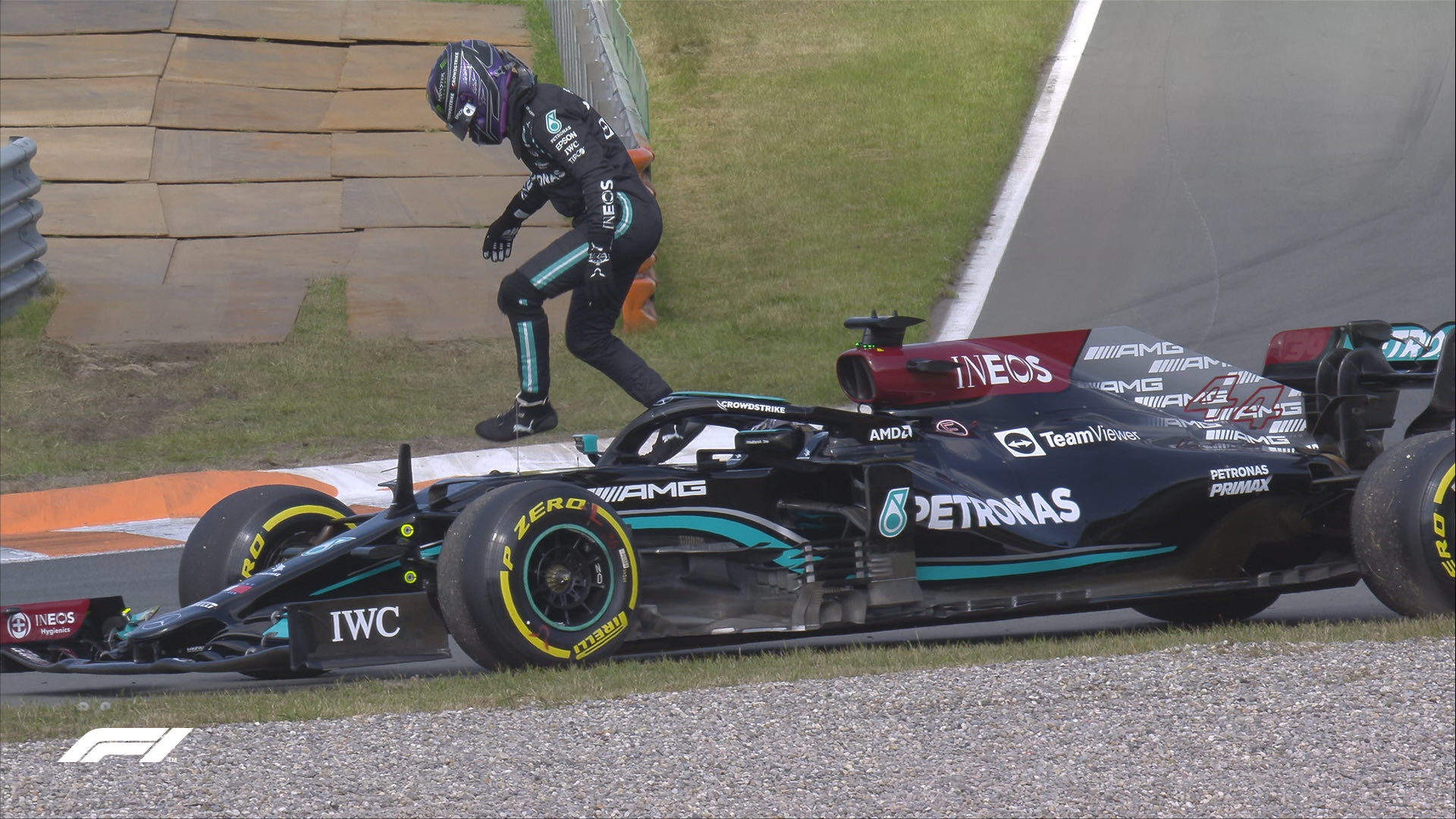 With time so scarce, Bottas and Ocon were the first drivers to move on to the soft compound tyres to make their qualifying runs. The Finn's improvement on the first lap was modest - just 1:11.353s - but Ocon fared much better and went 0.279s quicker just a minute later to top the times. Bottas did close the gap to 0.058s with a subsequent push, while Fernando Alonso moved up to third ahead of AlphaTauri's Pierre Gasly on the red-walled tyres. Then it was Verstappen's turn to show what the Red Bull could do, but before he could complete his run there was a red flag for Nikita Mazepin losing the rear of the Haas and finding the gravel at turn 11 from which there was no escape.

The session soon resumed and Verstappen finally got the chance to complete a clear lap, but he was on the same soft tyres as his earlier aborted run leaving him struggling for grip as he hit traffic on route leaving him third. Leclerc soon went top with a terrific target time of 1:10.902s almost two tenths quicker than Ocon, who was already back on medium tyres for long distance race simulation runs. Sainz confirmed the Ferrari pace by going second just moments later despite a small mistake in the chicane, while Lando Norris was only eighth quickest and Daniel Ricciardo a further half a second behind in 13th for the scuderia's main championship rivals McLaren. 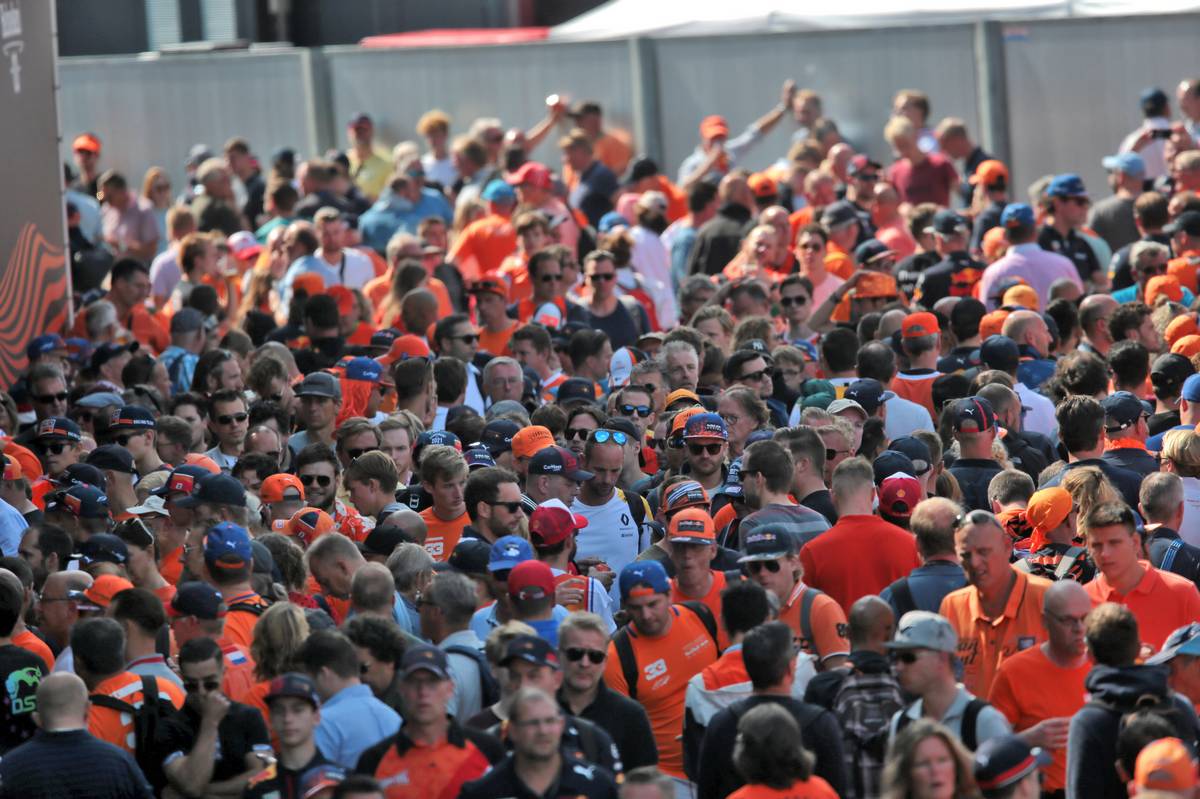 There were no further incidents, although in the closing moments Ocon radioed the Alpine pit wall concerned about possible punctures after running over gravel scattered onto the racing line, which also proved something of a headache for Bottas. The top five went unchallenged for the rest of the session, with Alonso finding a little extra pace to put him ahead of Gasly in sixth place. The remainder of the top ten consisted of Norris, Antonio Giovinazzi and Sebastian Vettel.

Despite completing only a single lap in the session on the medium tyre, Hamilton's time remained good enough for 11th place by the time the chequered flag came out to draw Friday's proceedings to a close. Red Bull's Sergio Perez didn't make it into the top ten all afternoon and ended the day in 12th a full second off Leclerc's benchmark time. Yuki Tsunoda and Lance Stroll finished ahead of Ricciardo, with Raikkonen 16th faster that Mick Schumacher, Nicholas Latifi, Nikita Mazepin and George Russell, the two Williams drivers having focused on using the hard tyres rather than picking up the pace.

Power unit issue leaves Hamilton 'on the back foot'