Toto Wolff says he welcomes Red Bull "spending time" researching Mercedes' power unit and raising an inquiry with the FIA if the initiative proves to be "a distraction" for its rival.

Red Bull has reportedly submitted a query to F1's governing body seeking clarification on the design of the Mercedes engine's intake plenum.

The Milton Keynes-based outfit suspects Mercedes may have found an innovative way of injecting super-cooled liquid into the intake manifold, a ploy that would reduce the engine's working temperatures and help deliver a temporary short burst of power.

Red Bull, helped by engine partner Honda, reportedly elaborated its theory after identifying brief spikes of acceleration of Mercedes' cars while on track.

Teams typically call upon the FIA to investigate a matter to get clarity on the legality of a ruse or specific design to have it outlawed or to replicate the innovation.

"As is the nature with all technical clarifications, they go continually between all the teams," he said. "And those clarifications are usually to ascertain if something is, in the eyes of the governing body, acceptable as a solution. And then, of course, if it is, you follow suit. 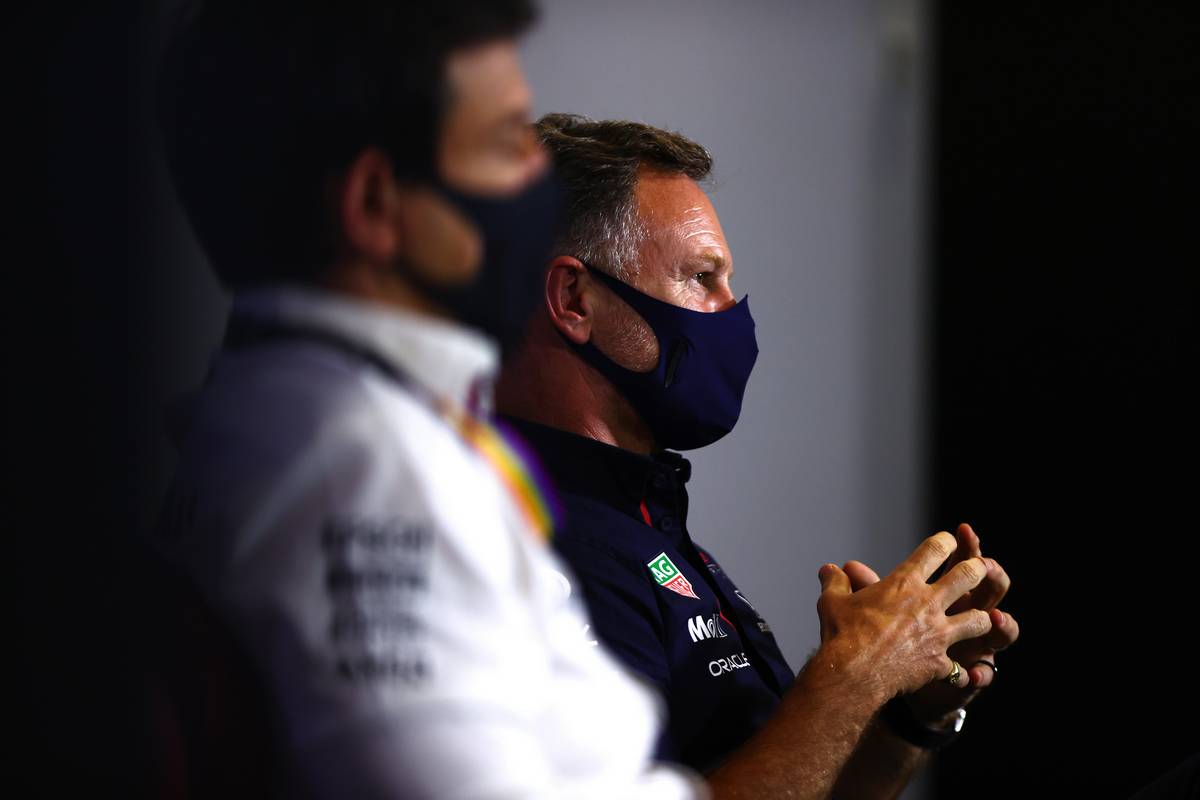 Red Bull team boss Christian Horner wouldn't elaborate on the specific query, except to say that questions or requests for clarification were frequently directed at the FIA.

"Obviously that dialogue between the engineers within their forums as well, within the technical working groups is an ongoing process. So I’m sure it doesn’t come as any great surprise."

Over at Mercedes, Wolff denied on Friday at Zandvoort that Mercedes' engine is benefitting from a "special solution", but the Austrian mischievously welcomed queries from rival teams.

"I heard about it a couple of days ago," said Wolff, referring to Red Bull's query.

"I would wish we had some kind of special solution but it is the modus operandi of Formula 1 that queries are being taken to the FIA, questions are being asked. It is completely normal.

"We love the fact that they are spending time on these things and researching and we welcome very much any initiative that they wish to do and then look at it.

"If that is a distraction for any other team, that is good."

Raikkonen tests positive for Covid – Kubica to race for Alfa!