Max Verstappen confirmed his status as favourite for this afternoon's Dutch Grand Prix qualifying after blitzing the field in Saturday's final practice session.

The Red Bull driver was a massive 0.556s quicker than his Mercedes rivals, with Valtteri Bottas clocking in second ahead of Lewis Hamilton.

Once again, the session was disrupted by a red flag, courtesy of Ferrari's Carlos Sainz crashing into the barriers at Zandvoort's Turn 3.

It was a busy start to the day at Zandvoort, with the news that Kimi Raikkonen had tested positive for Covid, a setback that will allow Robert Kubica to make his race debut with Alfa Romeo Racing.

But the morning was also marked by Max Verstappen being summoned to the stewards for an alleged red flag breach in yesterday's FP2 session. But the Dutchman, much to his fans delight, was eventually cleared of any wrongdoing.

With overtaking likely to be challenging at Zandvoort, qualifying will be even more crucial, which should incite teams to put more emphasis on low-fuel running in the final practice session.

Yet, there was little action at the outset, although Kubica was predictably the first driver to head out. But Hamilton was also an early runner, eager to play catch-up after missing out on most of yesterday's second practice. 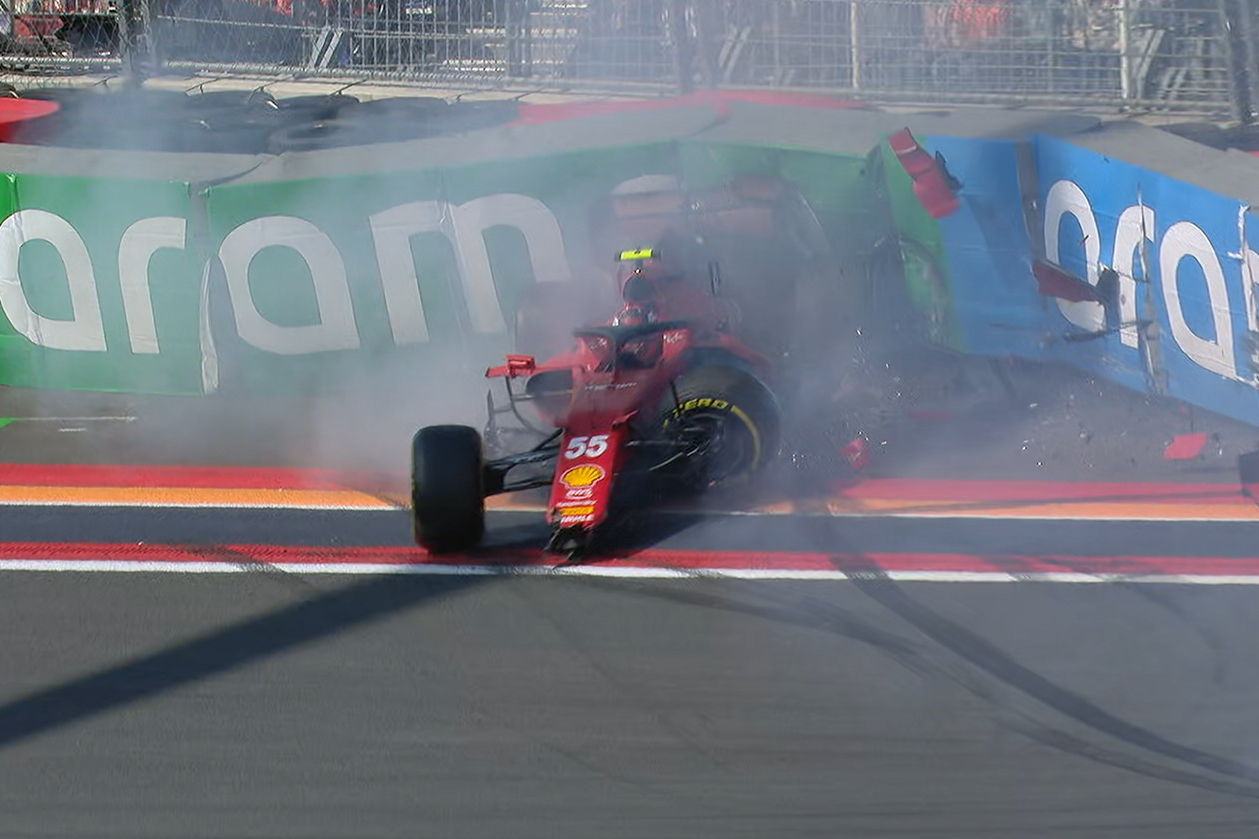 Gradually the traffic built up, and fifteen minutes in, laps times started to drop by the second, with Fernando Alonso taking top spot with a 1m11.705s that edged Charles Leclerc by 0.063s, with Lando Norris and Sainz standing third and fourth.

However, the Ferrari driver's session came to an abrupt halt after twenty minutes when the Spaniard spun on the approach to Zandvoort's banked Turn 3, the SF21 running broadside into the barriers, a misstep that will force the Scuderia's crews to skip their lunch break.

The session resumed with a little under half an hour to go, and with Verstappen finally taking to the track. The local hero lost no time belting out a flyer, but his effort fell just 0.008s of Alonso's best.

But the Dutchman pressed on, shod with the medium tyre, and overhauled the Alpine driver to put himself at the top of the timesheet, while Norris also improved to slot in second.

However, Alonso took advantage of his soft rubber to regain the lead with a 1m10.670s that outpaced Verstappen by 0.032s while Norris remained third, heading Leclerc and McLaren teammate Daniel Ricciardo. 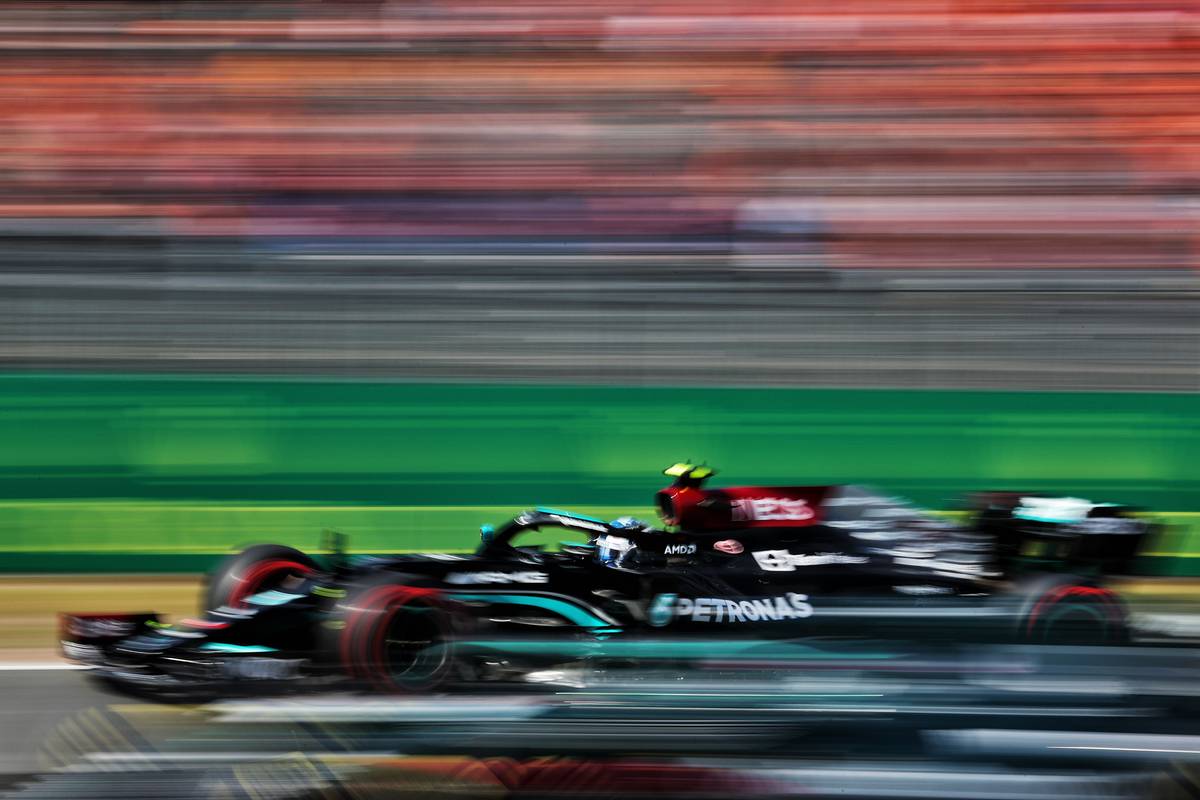 With 12 minutes left on the clock and with the track ramping up, more improvements were on the cards. Bottas on the soft tyre fired off a flyer that put the Finn ahead, but so did Hamilton who popped up to second.

But the Mercedes duo was comfortably outdone by Verstappen - now also on the soft tyre and getting a nice tow from teammate Sergio Perez - who crossed the line a whopping 0.556s quicker than Bottas.

The session wound down with no changes at the top and Verstappen predictably leading the field. Behind the top three, Perez was ahead of Alonso and Norris, while Stroll and Vettel's positions among the top 8 augur well for Aston's qualifying.

Thereafter followed Leclerc and Pierre Gasly who rounded off the first half of the field.

Further back, Ricciardo was just outside the top ten while it was worth noting that Ocon in P13 was over half a second slower than Alonso, his Alpine teammate.

The inner-team battle at Alfa Romeo favoured Antonio Giovinazzi who clocked in P15 overall, over 0.8s ahead of Kubica, the penultimate driver in the standings, with Haas' Mick Schumacher book-ending the field.

Does Mercedes have more pace to unlock for this afternoon's shootout? Check back in a few hours...