Daniel Ricciardo struggled to contain his anger after Friday's qualifying, the McLaren driver enraged by missing out on a spot on the second row of Saturday's sprint race grid.

Ricciardo clocked in fifth at the end of qualifying, just 0.006s behind teammate Lando Norris and 0.029s adrift from Red Bull's Max Verstappen.

In his final run in Q3, the Aussie felt he was potentially on course to slot himself behind the leading Mercedes pair of Valtteri Bottas and Lewis Hamilton after a strong final sector.

But ultimately, he came up short by just a handful of milliseconds, and behind Norris, which frustrated the McLaren charger.

"Yeah, I was angry. That was pure rage," he told Sky F1 regarding his strong sector three. 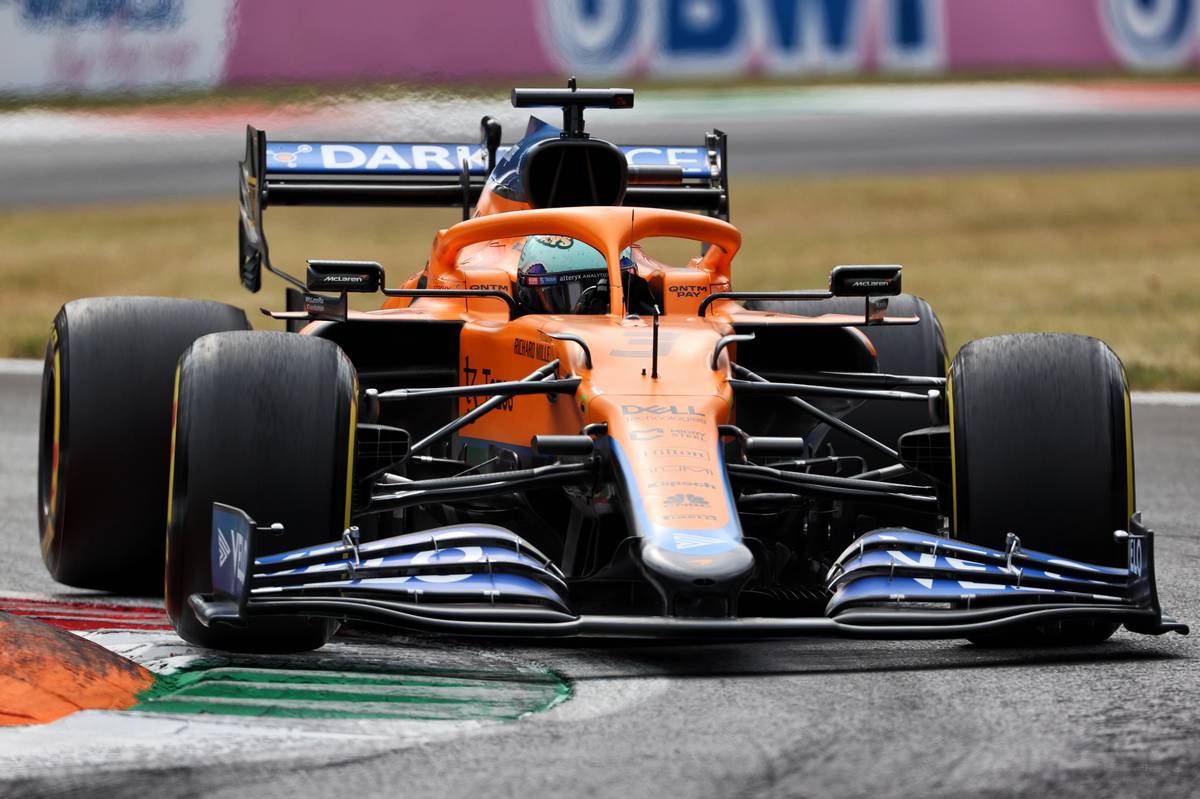 "I thought it was enough. I think I was third for a short moment in time and then it was fourth, then fifth, so that was probably what hurt the most. I actually thought I was third.

"When Tom told me I was fifth and told me the gaps… Not to talk about myself, but that is honestly why I call myself the Honey Badger, because I do have an ability to flip and feel a lot of rage in a short amount of time.

"So that’s internally what I feel but I’m going to be smart and hold it in and use it for good reasons in the sprint and the race."

Ricciardo's performances of late have offered a glimpse of improvement of the 32-year-old's form after his struggles in the first half of the season, rooted in his difficulties to adapt to McLaren's MCL35M.

Slowly but surely, Ricciardo appears to be inching closer to Norris. But he took comfort from the fact that McLaren as a whole is a force to be reckoned with at Monza.

"I’m more frustrated about third, to be honest," he added.

"I was so close to Max and obviously Max has been the guy in qualifying lately… To be so close to that and to be try and be in that group [the top three] – it’s been a while so that would have been nice.

"I don’t want to be fifth tomorrow."