Lewis Hamilton is determined to focus on the job in hand this weekend and take advantage of the compromised situation that his chief title rival Max Verstappen is facing at the Russian GP.

Verstappen had already been facing a three-place grid drop as a result of his collision with Hamilton at Monza, and will now start from the back of the grid on Sunday after the team opted to a change of power unit components.

With Mercedes dominating both of Friday's practice sessions, it's a significant opportunity for Hamilton to revive his championship campaign and retake the lead of the drivers title battle.

“It’s a tough year I think for everyone with reliability," Hamilton noted after the end of FP2 when asked about Verstappen's penalty. "That’s definitely a shame for him.

“We’ve just got to do our thing and focus,” he continued. "We’ve got to try and capitalise on that, get a maximum result. A one-two would be spectacular for us as a team.”

Although he was edged by team mate Valtteri Bottas in both of today's sessions - by just 0.044s in FP2 - Hamilton wasn't worried about how the weekend was looking for him at this point. “It seems like we started off on the right foot,” he said. “We’re always trying to progress.

“The first run in the first session was the best," he continued. "We’ve been migrating and adjusting since. It’s not been as good as that one as you start to push more and more.

"But generally a good session pace-wise. We’ve got some work [to do], probably on the long run.” 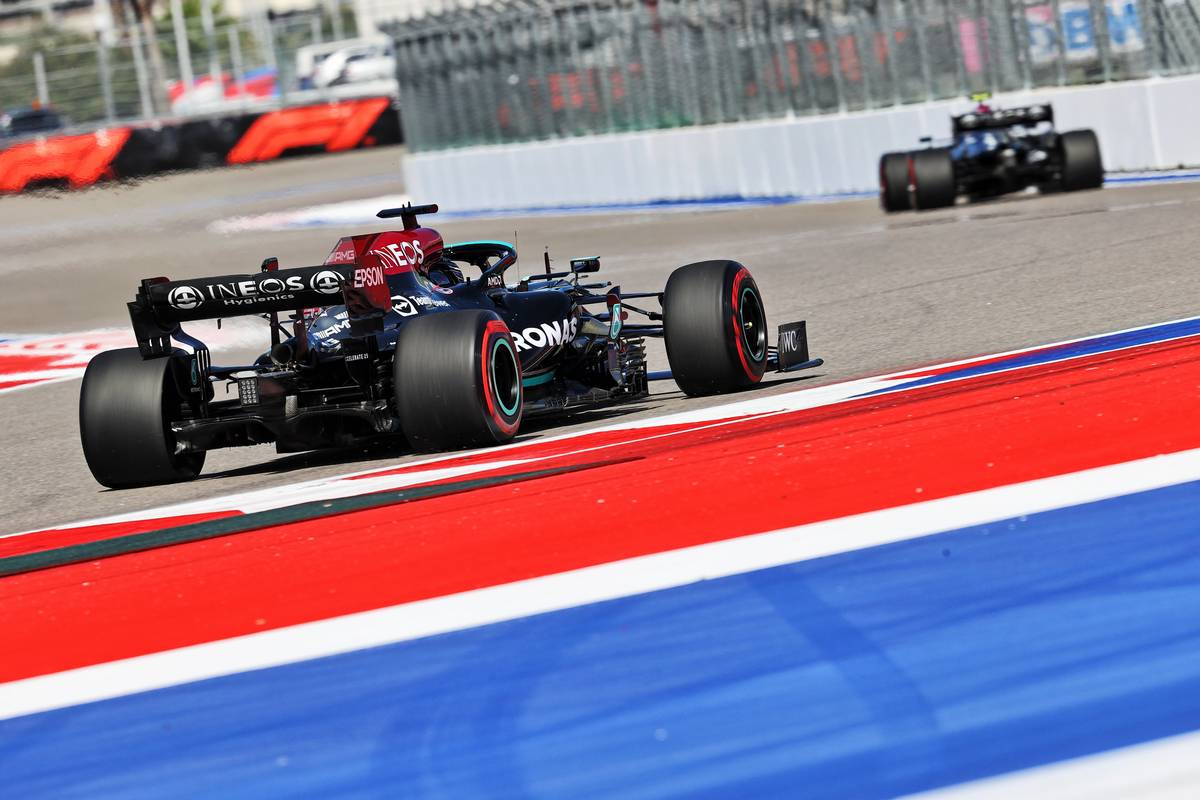 Friday in Sochi proved to be an unusually tense and serious affair for all teams, with forecasts suggesting that adverse weather may disrupt tomorrow's final practice and qualifying sessions.

Qualifying could be forced over to Sunday morning, although it's also possible that the grid could be set by the final order on Friday.

"It’ll be interesting to see what we do in terms of set-up for that, knowing that potentially Sunday is dry."

Hamilton was relieved to hear that the front jack man working on his car was unhurt after he overshot the pit box coming in early in FP2.

"The overshooting was related to the ‘brake magic’ button. We’re looking into it," a team spokesperson said later.

The 'brake magic' device shifts up to 90 per cent of the brake bias to the front wheels and is typically used to aid tyre warm-up. It is not deployed during a race, although Hamilton did mistakenly activate it during a late restart in the Azerbaijan GP which caused him to spin out of the points.

A guard was fitted to the 'brake magic' button to avoid future unintended activation, but has apparently still proved a vulnerability to the car.