Max Verstappen failed to put in a flying lap in qualifying at Sochi on Saturday, insisting such an effort would have been "pointless" given the tricky conditions and his last row start on Sunday.

While the session was void of any major drama, save for Lewis Hamilton hitting the pitwall in Q3, Red Bull estimated that the damp track conditions just weren't worth the risk and preferred to save Verstappen's car for race day which is expected to be dry.

"I'll start last anyway, which is why it made more sense for us to save the car," the Dutchman told Sky F1. "It was pointless for me to do more laps today, because tomorrow it will be dry.

"According to the weather predictions we have received, it is certain that it will be dry."

Verstappen believes his crews have refined the race pace of his RB16B, but the championship leader says he'll play for points in the Russian Grand Prix rather than attempt to charge through the field, although he admitted that anything can happen.

"We have found a good setup for the car and hope to take points tomorrow," said Verstappen. "Of course, a lot can still happen." 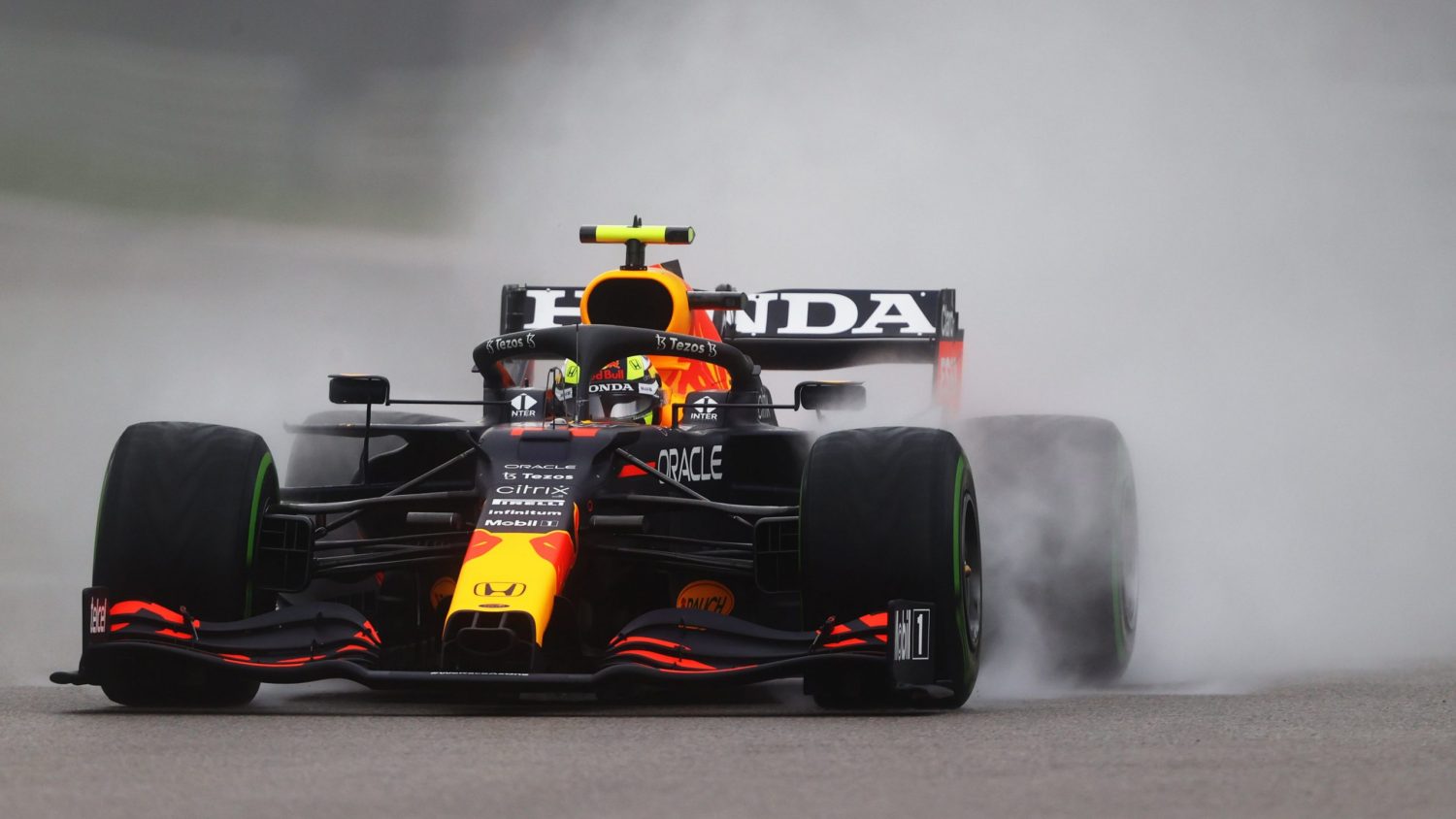 Unfortunately, the Red Bull charger's teammate Sergio Perez will only start his race from P9, behind both Mercedes drivers. Depriving the latter of points will therefore be a difficult task for the Mexican.

"Things were looking really promising and we had a strong Q1 and Q2," said Perez.

"But in the changing weather and track conditions, timing is important and in hindsight we probably could have tried slick tyres one lap earlier.

"As we know anything can happen in the race and a positive to take from today is that the car was performing very well in the wet.

"We are going to move positively into Sunday and the main target will be to get a strong start and then put together the best possible race."