Just weeks after he secured his maiden F1 podium in the most unusual circumstances at Spa-Francorchamps, Williams driver George Russell is hoping to repeat the achievement again in Sochi.

Last month a rain-hit qualifying put Russell second on the grid for the Belgium GP, and when the weather prevented any green flag racing on Sunday he duly clinched his first podium.

Rain was a factor again this weekend, with Russell the first to gamble on switching to slick tyres on a wet track still drying from earlier torrential rain.

This time he ended qualifying for the 2021 Russian Grand Prix in third place behind McLaren's Lando Norris and Ferrari's Carlos Sainz.

Unlike Spa, tomorrow's forecast for race day is for dry conditions. However Russell insisted that regardless of how things turn out, the team still has to target another podium on Sunday.

"It's crazy," Russell told Johnny Herbert in parc ferme after the end of the session. "It's the second time we're in the top three in four events.

"The team have done an amazing job once again, pitting at the right time, putting the right tyres on.

"[But] we’ve got to go for it in these sessions. High risk, high reward. Especially in these conditions.

“I came on the radio to say to the guys, ‘Let’s get the slicks ready because it’s definitely going to go slicks’. And they said, 'Let’s box this lap' - so I thought they might have misunderstood what I meant!" 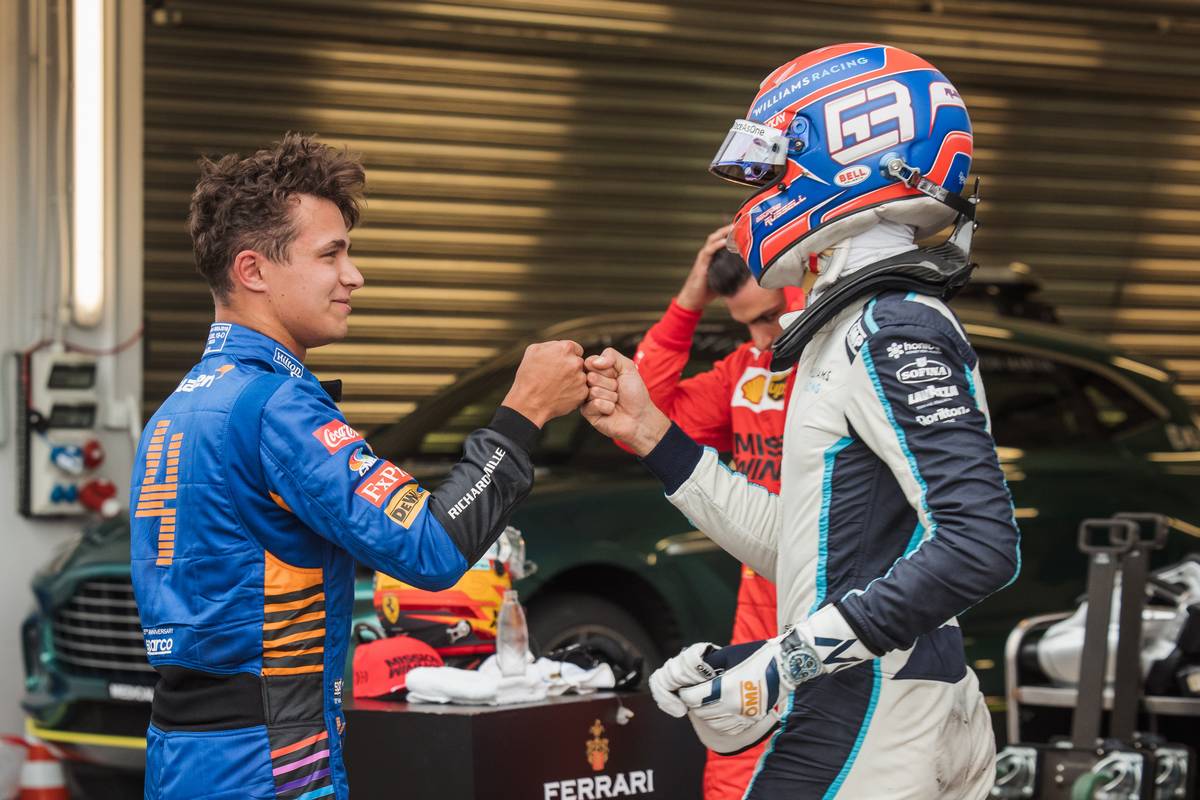 Williams' head of vehicle performance Dave Robson confirmed the importance of Russell's feedback in the timing of the decision.

"Although we were confident that slicks were the right tyre for the closing stages of Q3, he was instrumental in supporting the decision and recognising that it was the last lap that would be the key lap," he said.

"He did an excellent job to make the most of the situation. The car was working well, and he bided his time and was cool throughout.

Russell admitted that on paper would have his work cut out to match the race pace of the cars starting ahead of him on the front row, let alone Lewis Hamilton who will line up alongside him in fourth.

"Yesterday our high fuel pace was one of our best of the year," he pointed out. "P3 here is an incredible position to start, it’s a really long run to turn 2, we’re quite slippery on the straights

"It's still a long way behind these guys - and the Mercedes, who are starting behind us - so we're going to have a battle on our hands," he said. "Hopefully Lando will give me a slipstream into turn 1.

"But we're pretty slippery in the straight, we've got some nice straight-line speed, so we're going to go for the podium again," he insisted. "We have nothing to lose! 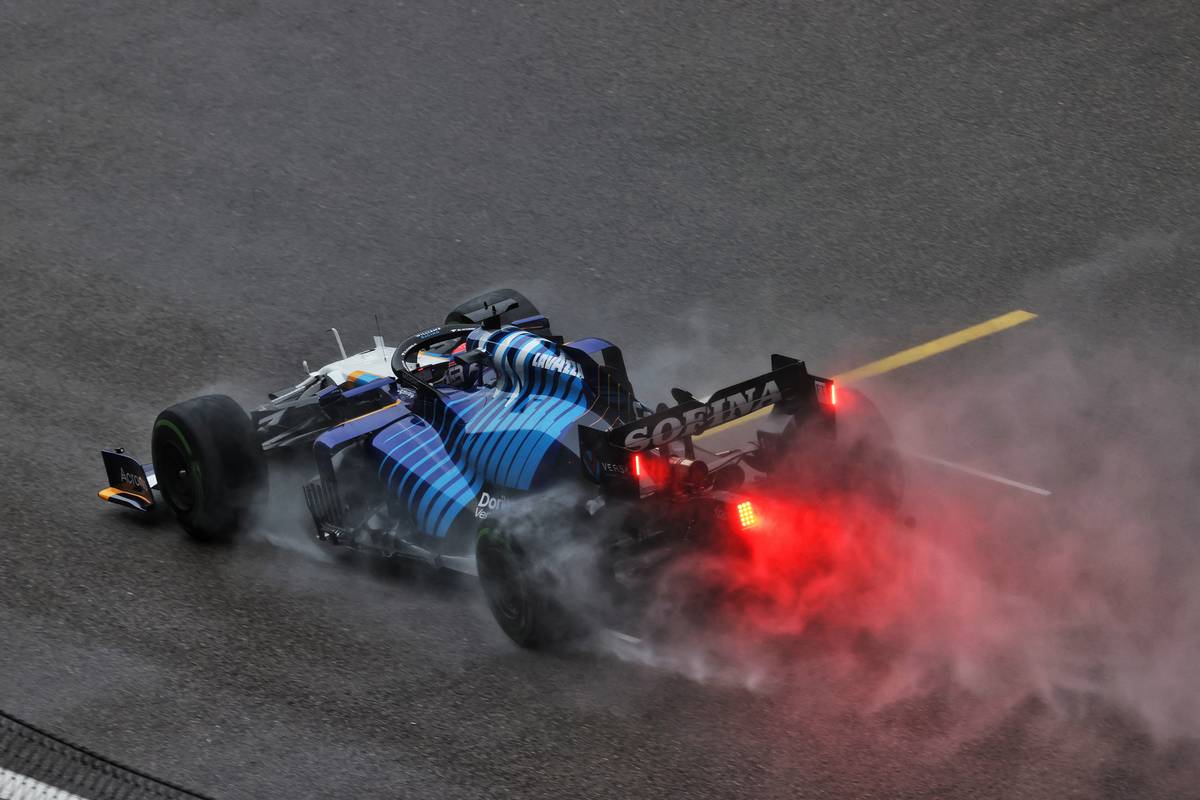 "Many people have said in the past that third is the best place to start in Sochi. I won’t be doing anything crazy but if there’s an opportunity there tomorrow I’ll go for it.

"We’re just going to go for it," he continued. "We’ve been scoring points now, three in the last four, no reason we can’t keep on going.

"I’ll be defending hard and picking my battles. We’ve got to look forward but also be realistic as we’ve got some very fast cars behind us. It’s not going to be easy but I will be doing my best."

Russell added that he was "really looking forward to the race" and added: "Well done to Lando and Carlos. Excited for tomorrow!"

Russell's team mate Nicholas Latifi also had a strong start to qualifying, finishing just ahead of Russell in Q1 with both easily making the first cut.

"The pace felt very strong today," he reported. "You never know how well you’ll be able to switch on the tyres in the wet weather, but when I first hit the brakes I could tell the grip was there and it felt good, which clearly wasn’t the case for everyone."

But the Canadian didn't record a representative lap time in the second round after it was confirmed that he would have to start from the back anyway, after incurring a grid penalty for taking additional engine components this weekend.

"Seeing what was possible in Q1 makes it more frustrating to be starting from the back of the grid due to the power unit change," he admitted. "But that’s racing sometimes. I’ll be pushing hard tomorrow to make up as many positions as I can in the race."