Damon Hill believes Max Verstappen is "charmed" this season and the recipient of a crucial dose of luck that could carry him to the world title versus arch-rival Lewis Hamilton.

After starting the Russian Grand Prix dead last due to an engine change and grid penalty, Verstappen was on course for a sixth or seventh place finish in Sochi, a result that would have significantly limited the Red Bull driver's damage against his championship opponent.

But a helping hand from the heavens that turned the race on its head followed by a timely pit stop delivered a providential second place finish to the Dutchman who, at the end of the day, was outscored by Hamilton by just seven points in the latest round.

Verstappen's performance in Russia coupled with his good fortune tells Hill that the Red Bull driver is currently basking in good karma.

"You can understand why, in ancient times, people believed there were gods that favoured certain sides in battle, because I mean he's definitely been charmed these last few races," the 1996 F1 world champion said on the latest F1 Nation podcast.

"So Christian [Horner] said it's like a victory and they are mighty relieved I think." 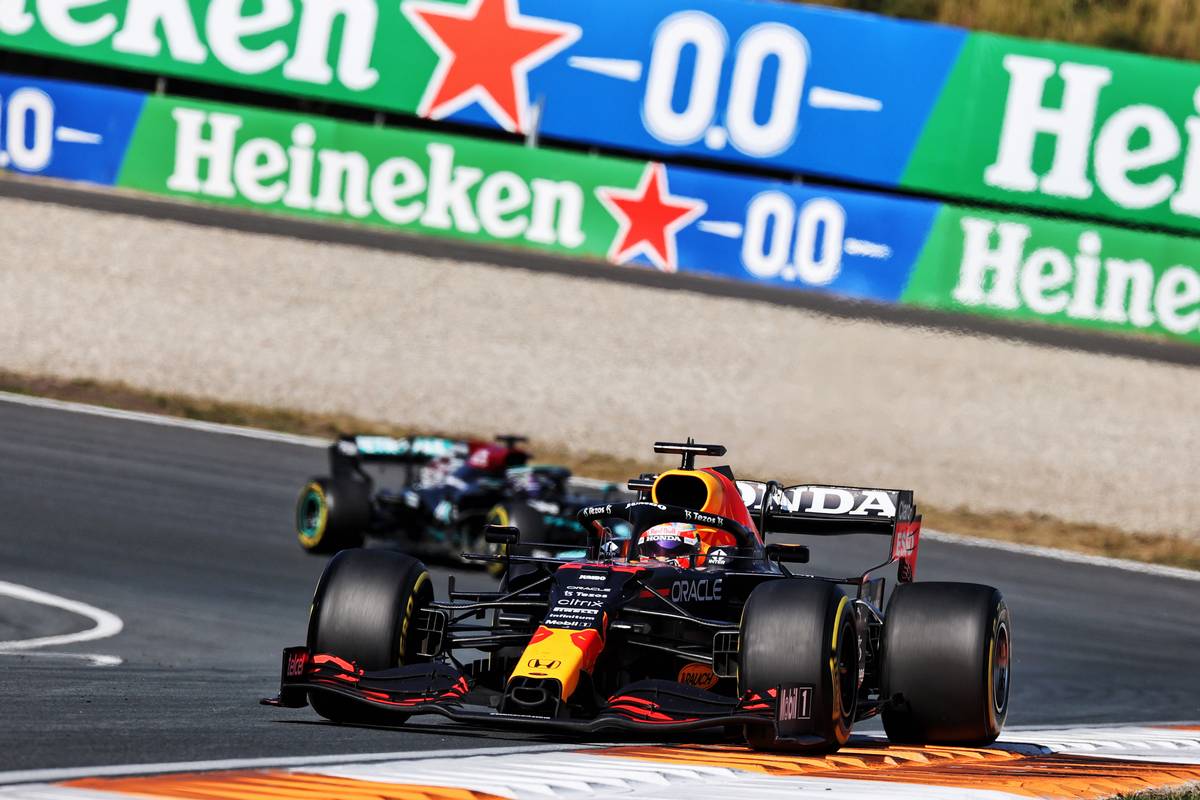 It was suggested to Hill that a driver's luck will typically balance itself out over a season. Case in point, Verstappen found himself behind the eight ball in Baku back in June, where the Dutchman was holding a commanding lead that was blown into oblivion by a tyre failure.

But Hill rightly noted that on that occasion Hamilton crucially failed to take advantage of his rival's bust, a turn of events that supports his view that Verstappen is striking it rick this season.

"Yeah, it was [unlucky]," said the former Williams charger. "But it was also Lewis', or Mercedes' screw up that didn't capitalise on that mistake as well.

"That's what I'm saying. If you look back over the season, it's like, 'What does it point towards?'

"It points towards the luck being more with Max, I think, than it is with Lewis. These things can change, of course, but I think that we shall see.

"I'm sure he would say, 'What about Silverstone?', that was lucky for Lewis, because he carried on but, you know, it's so finely balanced."

Haas could call on 'experienced' driver to help develop 2022 car