Carlos Sainz secured his third podium of the season in the Russian Grand Prix, yet the Spaniard admits that he still isn't "100 per cent at home" with Ferrari's 2021 car.

Sainz, who joined the Scuderia at the start of the season, has been a consistent performer this season, finishing in the top ten in all but two races this year and scoring so far 8.5 more points that his teammate Charles Leclerc during the current campaign.

But the 27-year-old has also suffered several crashes over the course of his race weekends, with an off in qualifying in Hungry and heavy contacts with the wall in free practice at Zandvoort and at Monza.

However, the mishaps have puzzled Sainz, whose track record is rarely botched by off track excursions or accidents. 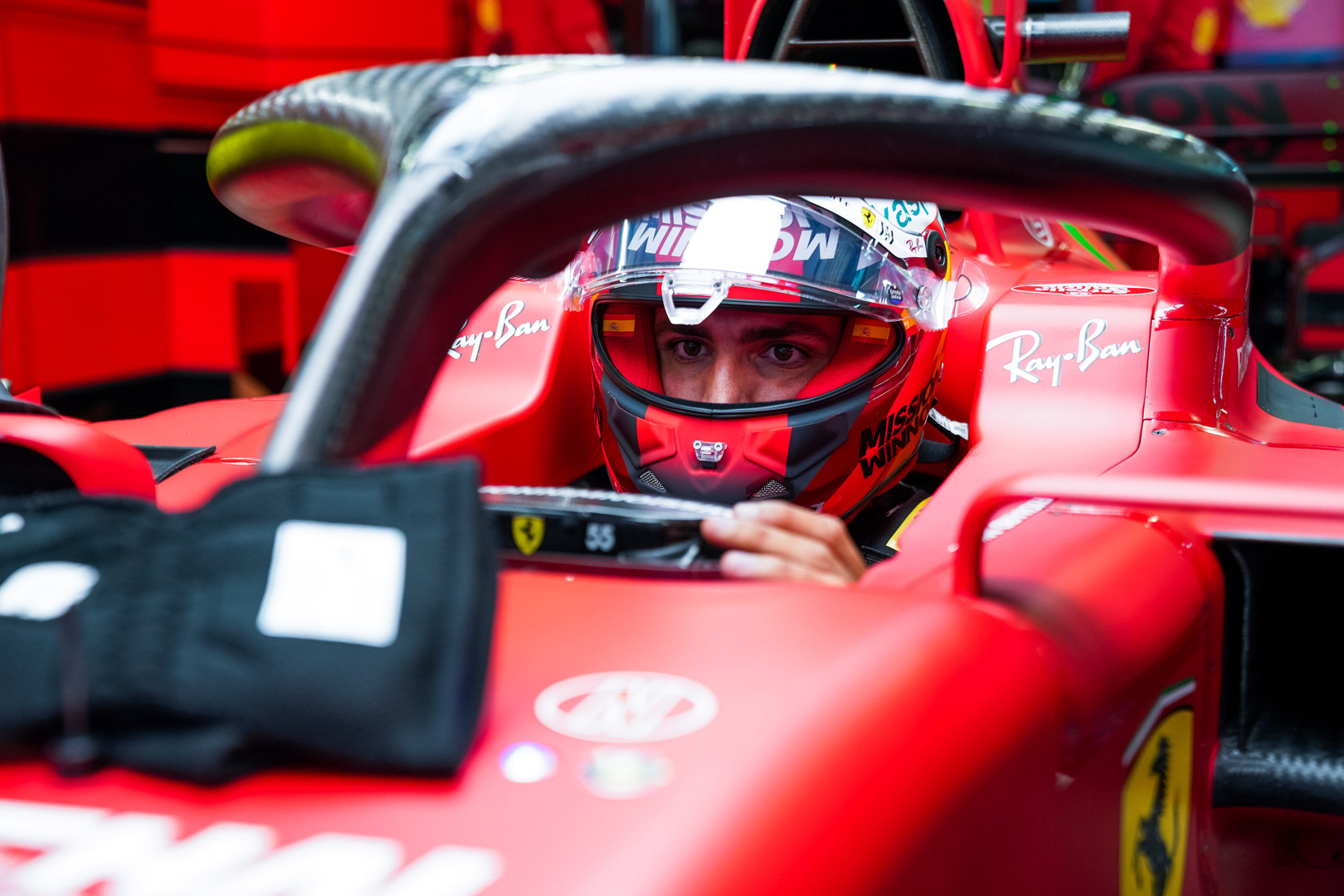 "I think we’ve used our opportunities to score those three podiums," he said in Sochi.

"I guess you guys have seen it from the outside that I am not still 100 per cent at home with the car.

“I don’t want to bring back the crashes, but I’ve never crashed in my career. I’m a driver that never puts it in the wall.

"But for some reason, there have been a few crashes that show that I still don’t fully 100 per cent understand the car."

In order to help him get a firm grid on the Scuderia's SF21, Sainz reset in Russia his approach to the weekend, opting for a more gradual process that yielded productive results.

"I made a conscious effort also to take it step by step, through free practice, into qualy, and be fast really when I need to be fast instead of being fast straight away in FP1," he explained.

"The podiums, as I said, we just maximised the opportunities that we got.

"It’s a good signal, a signal that the team under pressure and in the right moments, is performing well and we are getting the results whenever the chances are coming."

Albon: Pressure of being Verstappen's teammate 'a bit of a myth'

Szafnauer still in charge of Aston F1, but will report to Whitmarsh