Lewis Hamilton says that he didn't expect to lose several track positions in the wake of his late pitstop in Sunday's Turkish Grand Prix after overruling his Mercedes team's first call to box, a setback that was a clear source of frustration for the Briton.

From his lowly P11 start, Hamilton had worked his way up to third in the running order amid the wet track conditions when he was told to box with a little over ten laps to go.

The Briton disputed the call however, angrily insisting he didn't need a fresh set of intermediate tyres.

But the seven-time world champion was eventually convinced to change his rubber with eight laps to go, although he was none too pleased with his situation after he was passed by both Red Bull's Sergio Perez and Ferrari's Charles Leclerc, a setback that led to more frustrated exchanges with the Mercedes pitwall.

However, after the race, a calm and composed Hamilton admitted that he was losing ground on his worn tyres although he didn't expect to lose two positions to his rivals as a result of the late stop. 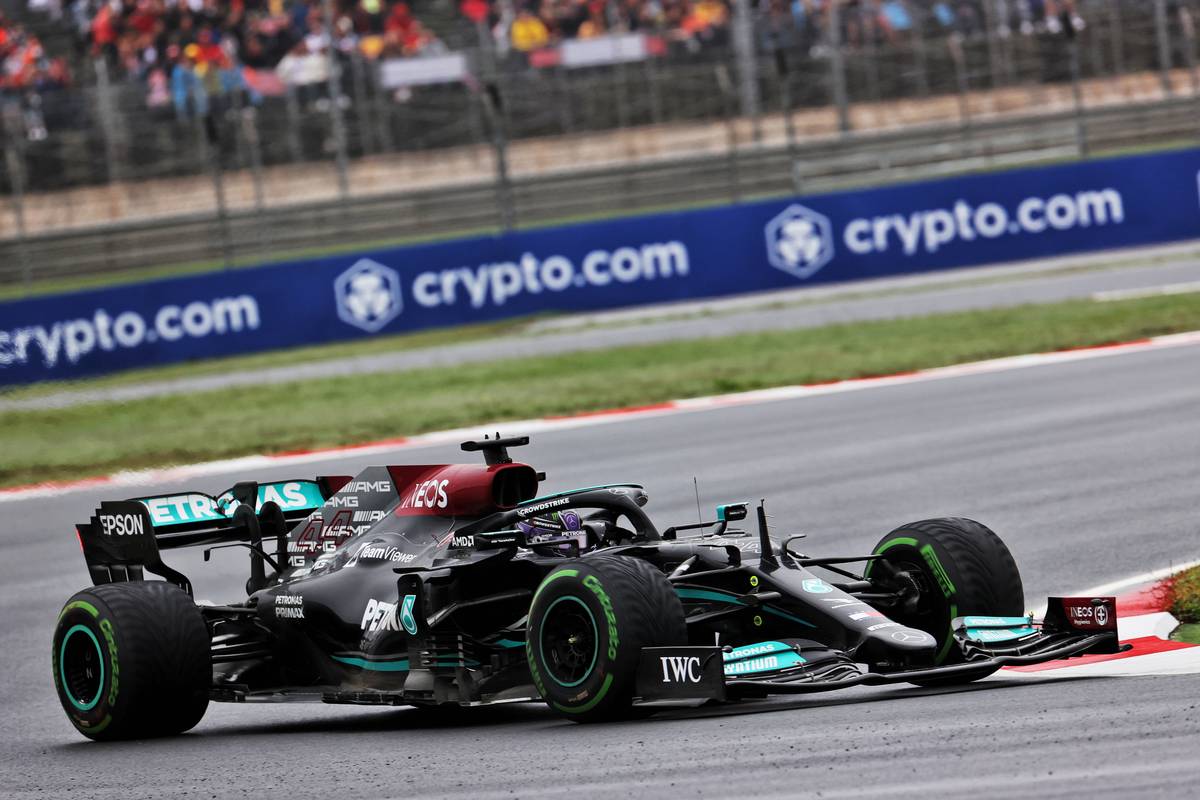 "I didn't know at that time but I could have probably assumed that I would lose," he told Sky F1. "The guys were only 15 seconds behind, it's a 24 second pit stop. So I knew that I'd lose, perhaps, one.

Hamilton explained the process that had unfolded, conceding in hindsight that he should have either ran to the end on his original set of inters or pitted much earlier, an option also alluded to by Mercedes team boss Toto Wolff.

"The tyres are bald, so you don't know how far they are going to go," he explained. "There's definitely the worry of the life of the tyre, but also I wasn't really that fast at the end there.

"I was struggling, had low grip – not really sure why. Then all of a sudden I would have not such bad pace, but I was losing performance to the guys behind.

"I think probably in hindsight I should have probably stayed out or come in much earlier. Because when you come in with eight laps to go, you don't have the time to go through the graining phase on that medium [intermediate] tyre on a drying track.

"Then I went through this whole sliding phase where I nearly lost more positions. A bit frustrating, but it is what it is.

"It felt good to be in third and I was like, if I can just hold on to this, this is a great result from eleventh. It could be worse."

The end result coupled with Max Verstappen's run to P2 at Istanbul Park has pushed Hamilton back into the runner-up spot in the championship, six points behind the Dutchman.

'Probably one of my best races', declares delighted Bottas