Valtteri Bottas made his tenth Formula 1 career victory look easy as he dominated proceedings in the 2021 Turkish Grand Prix at a wet Istanbul Park on Sunday afternoon.

With all the attention on his Mercedes team mate Lewis Hamilton's uphill battle to recover from a ten place grid penalty, Bottas got a smooth start from pole to beat Max Verstappen into turn 1 and lead for 49 of the 58 laps.

The Finn told the media in parc ferme after the race that the afternoon could hardly have gone any better despite the wet weather leaving the track greasy and slippery which briefly caught him out.

“I think from my side that’s probably one of the best races I’ve had ever,” Bottas declared. “Apart from that one little slide everything was just under control.

“When there’s only one drying line, it doesn’t take much for you to go off,” he added. "I definitely needed to focus all through the race.

"Like I said before the race, the car’s been really good in every condition,” he continued. “I had really good confidence with it and could really control it. 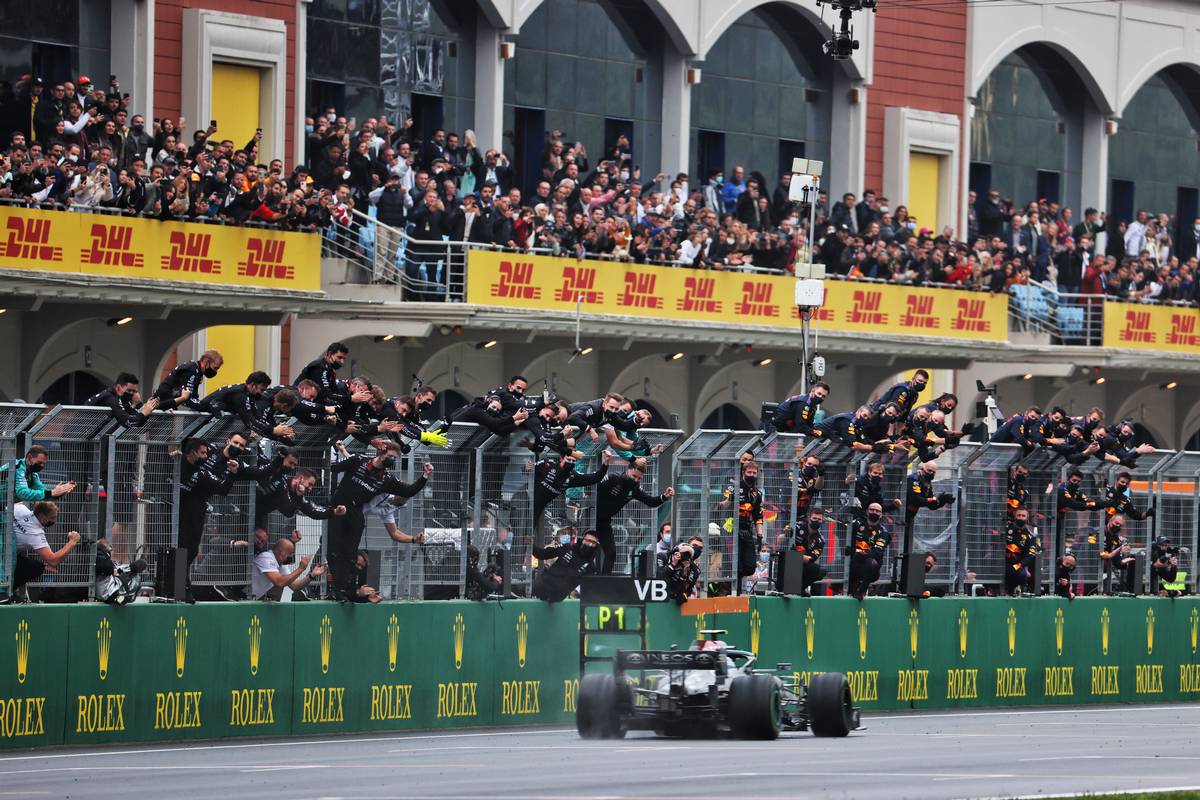 “It’s not easy to choose the strategy here, when to stop and to which tyre and everything," he noted. "But I’m glad everything went smoothly for me for once, and that’s nice.”

"It was a difficult one and it feels like a well-earned victory," he concluded.

This was the Finnish driver's first Grand Prix win since last year's Russian Grand Prix. In total he's now secured ten wins with Mercedes since joining the squad at the start of 2017.

Time is running out on him to add to that tally, after it was confirmed that he would be leaving the team at the end of the current season and head to Alfa Romeo where he will replace former world champion Kimi Raikkonen.

Bottas seat next year at Mercedes will be taken by rising Mercedes protege George Russell, who finished in 15th place on Sunday for Williams.