Sebastian Vettel believes the moment has perhaps come for Formula 1 to questions its values and perhaps say no to deals that put money over morals.

Formula 1 is facing charges of aiding sportwashing following its decision to race in Qatar this year, a deal that paved the way for a ten-year contract with the Arab country that has often been singled out by non-governmental organisations for the state of its human rights.

The lucrative agreement was inked almost a year after the sport agreed a ten-year deal with Saudi Arabia that also drew a heavy amount of criticism from the likes of Amnesty International.

The official stance of F1 and the FIA, its governing body, is that the sport should remain neutral, while arguing that traveling to controversial destinations also offers an opportunity to highlight potential violations and issues.

But Vettel believes that at some point, Formula 1 will need to choose between the big bucks and the morals and values it wishes to reflect.

"I think the trouble is that ultimately a sport, and it's the same as a country, is governed by individual people," Vettel explained in a wide-ranging interview with the media.

"Individual people have individual opinions, and backgrounds, whatever, so it is of course difficult. 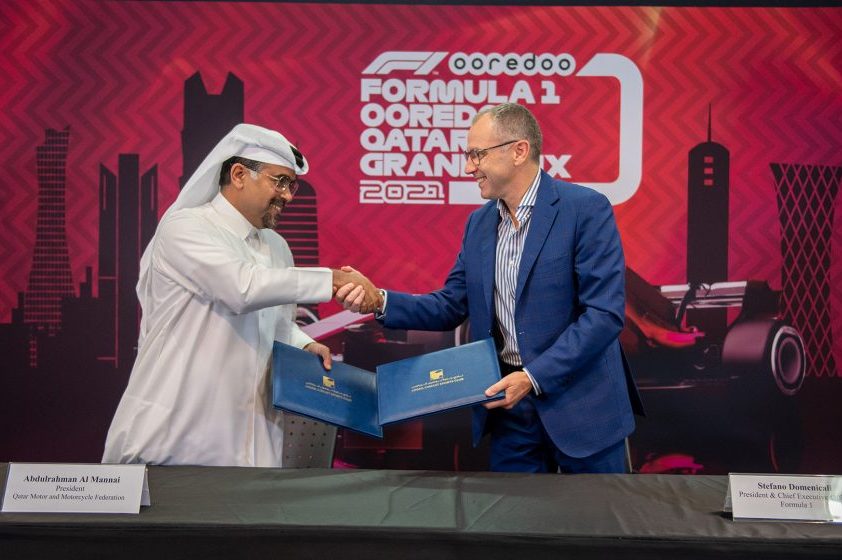 "But we have to find the perfect people to sort of govern our sport, and then apply the right path going forward.

"There's more than just that interest, there's obviously huge financial interest, in going forward. But I think at some point you need to ask your question, and people in charge need to ask themselves the question: do you have a moral?

"Do you therefore say no to certain things? Or do you just say 'yes' to any big deal that's around the corner, but for the wrong reasons?

"I think that's the bigger picture stuff that people in charge ultimately need to ask themselves."

As F1's resident environmentalist who has also campaigned in favour of LGBTQ+ rights, Vettel is attuned to many of society's core issues.

Like fellow multiple world champion Lewis Hamilton, Vettel appreciates Grand Prix racing's efforts since last year to spotlight its diversity deficit while also stepping up its fight against discrimination and racism through its #WeRaceAsOne initiative.

But the Aston Martin driver believes F1 should perhaps do more to defend certain values, especially in countries where discrimination is widespread.

"I think there are certain topics that are too big to neglect," he said. "I think we all agree that – and this doesn't matter where you come from – it's only fair to treat people equally.

"I think there are obviously countries that have different rules in place, different governments, different backgrounds.

"Now, I can't speak for all the countries and be an expert, because I don't know. But obviously there's certain aspects in certain countries that I think I know about.

Vettel suggests F1 could embrace a more militant role regarding equality and diversity issues, and use its clout to pressure countries hosting a round of the F1 world championship where abuses take place.

"I don't know what exactly is the best way to not just communicate on a flag that lies on the track for a couple of minutes," added Vettel.

"But certainly, I feel that our sport could apply a lot of pressure and could be of immense help to spread that fairness around the globe even more. 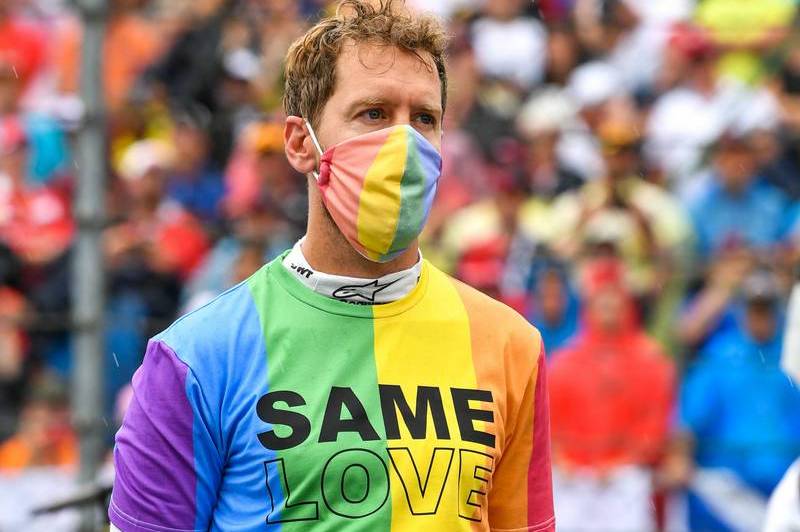 "Because in the end, I think it's not right to judge people or to apply certain laws and to differentiate people just because they happen to love a man instead of a woman or a woman instead of a man.

"I think any form of separation is wrong. Imagine we would all be the same, I think we wouldn't progress.

"I mean, imagine all the cars would look the same in Formula 1. It would be boring: not just the same colour, but also the same aero bits. Now going more into our language, it would be absolutely boring, we would never make progress.

"And the same goes for us. I think we have evolved so much as human species, because we are all different in a way, and I think we should celebrate the difference, rather than be afraid of it."