Nicholas Latifi says racing alongside George Russell for two years at Williams has provided him with a valuable "reference" that has been quite beneficial to his own development as a driver.

Next season, Russell will move on to Mercedes where the Briton will take over Valtteri Bottas' seat alongside Lewis Hamilton, while Alex Albon will return to the fray with Williams.

Latifi, who graduated to F1 in 2020, has been outpaced this season in every qualifying session by Russell.

But the Canadian has nevertheless showed improvements, scoring his first points with Williams at the Hungaroring, where he even beat Russell to the chequered flag, and at Spa.

The 26-year-old says his talented teammate has been the perfect benchmark against which to measure his progress, and a reference that he will miss in 2022. 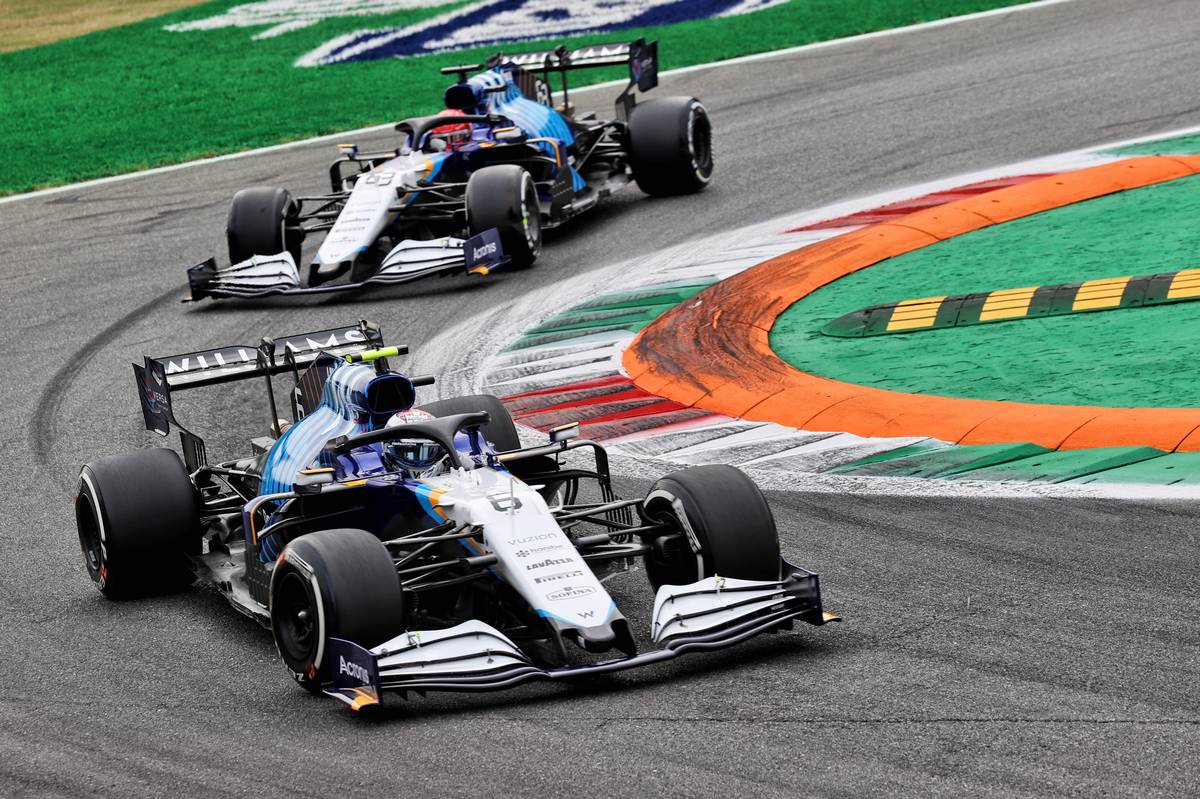 "Obviously, I think George has been a great reference to have," said Latifi.

"I mean he's someone that you know who, nine times out of 10, or maybe even nine and a half times out of 10, is always going to get very close to the maximum out of the car in a lot of the sessions, and in qualifying in particular.

"So that's not to say that I don't think my new teammate won't be capable of doing the same, but I think that reference has been quite strong.

"So it's obviously been something quite beneficial for me to learn from, especially as I'm early in my career, just as he is.

"But it's obviously nice to have that that reference, and obviously it's good when you're pushing him and going quicker than him.

"But likewise, when it's the other way around, then you're just learning and speeding up that learning curve."

Despite a near top-ten finish at Monza, Latifi has endured a difficult last couple of races that have curbed his "momentum". But the Williams charger separates his results from his performances.

"The momentum has kind of been coming from the performance, not so much the results and the outcome," he explained.

"I think the performance was still there in qualifying, and I think the race pace was very strong. I would easily have been in Q2 if we did a lap in the last three minutes.

"The outcome is not there, but the performance and that momentum is still there, and that's what I need to focus on, to continue that."