Daniel Ricciardo says any doubts he may have had about the McLaren team's winning spirit were permanently wiped out after his milestone win at Monza last month.

From the front row of the grid, Ricciardo immediately took the lead in the Italian Grand Prix and never looked back, crossing the chequered flag as Grand Prix winner for the first time since Monaco in 2018.

The remarkable triumph was a much needed shot in the arm for the Aussie who had endured a difficult first half of the 2021 season, during which he struggled to get on top of his Mercedes-powered MCL35m and compare favourably with teammate Lando Norris.

"It was needed, no doubt about it," Ricciardo said, speaking to Tom Clarkson on the latter's Beyond the Grid podcast.

"You don’t really lose faith in yourself, because you know what you’re capable of, but if you haven’t done it for a while, then of course it’s like… ‘Am I not 100% in this corner, am I at 98 now and I don’t even know it?’ So you get these… little voices.

"But I think the truth is, I knew it when I led – I got the start and as soon as I pulled out of the first chicane in the lead, I literally remember going out and I had a smile and I said, ‘The pit crew right now must be going nuts, we’re leading.’ 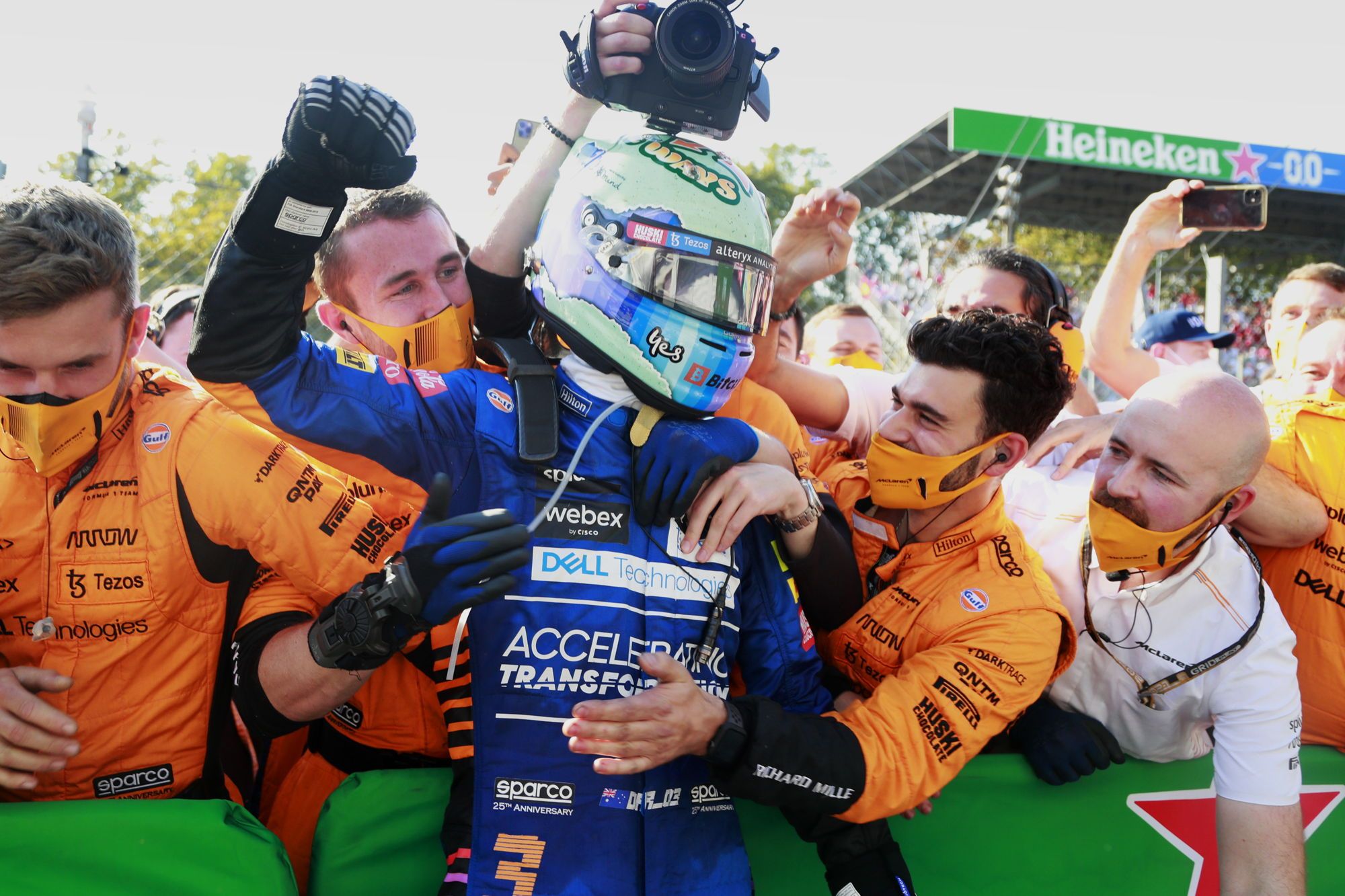 "But I felt comfortable, and that was all I needed. I was like, ‘Yeah, this is not overwhelming for me, this isn’t a forgotten feeling.’

"In my head, I’m telling myself, ‘This is where I belong, this is where I want to be.’ And I really drove that race with a comfort and a calmness.
"At times I was singing to myself, I was tapping the wheel, I was just enjoying it. And I wanted to enjoy it."

Beyond the sheer joy of leading home a McLaren 1-2 at Monza – the first for the Woking-based outfit since 2010, Ricciardo says that his biggest takeaway from that memorable weekend in September was the realization that his team is made of the right stuff.

"What [the win] did for the team was just as powerful," he said.

"Because the team’s been on this trajectory, they’ve had podiums, but to get the win… confirms a lot of belief that the team have in themselves to get it done. And even going to the mechanics, we had the fastest pit stop of that race in Monza.

To do that when the team is not notoriously known for the fastest pit stops, so to execute that in probably the hardest-pressure pit stop of the year, that is what I took from that weekend – like, ‘Man we’ve got a group of winners here.’

"And that makes me really excited. And the truth is, Monza proved everything, because it’s the win but it’s everything that happened around that, that showed that no one cracked.

"No one cracked! That is really important."