Red Bull's Max Verstappen was able to see off the threat from Mercedes' Lewis Hamilton and take pole position for the United States Grand Prix, in a close-fought, tense qualifying session at the Circuit of the Americas.

An accomplished performance from Sergio Perez put the Mexican into third, while Valtteri Bottas will drop five places and start P9 for the start of Sunday's race due to his earlier five-place engine penalty.

That will promote Charles Leclerc to fourth, ahead of his Ferrari team mate Carlos Sainz who will share the third row with McLaren's Daniel Ricciardo.

A heady mix of scorching temperatures, wildly fluctuating fortunes, dozens of deleted lap times and suspicions of sandbagging meant that despite three hours of free practice at Austin, there was still far from a clear consensus in the paddock as to who had the upper hand coming into Saturday's qualifying session. Was it Mercedes' Valtteri Bottas and Lewis Hamilton who had dominated FP1? Or Sergio Perez and Max Verstappen after the pendulum swung in Red Bull's direction in FP2 and FP3? And was it McLaren or Ferrari in prime position to claim 'best of the rest' laurels after conspicuous successes for Lando Norris (on Friday afternoon) and Carlos Sainz (in final practice earlier on Saturday)?

There was no way of telling, at least not until the moment when the cars finally headed out of pit lane to get qualifying underway in hot and sunny conditions deep in the heart of Texas - although the official forecast teased a 40 per cent chance of precipitation at some point. Whatever happened, a huge crowd at the Circuit of the Americas was on the edge of their seats when the lights went green. 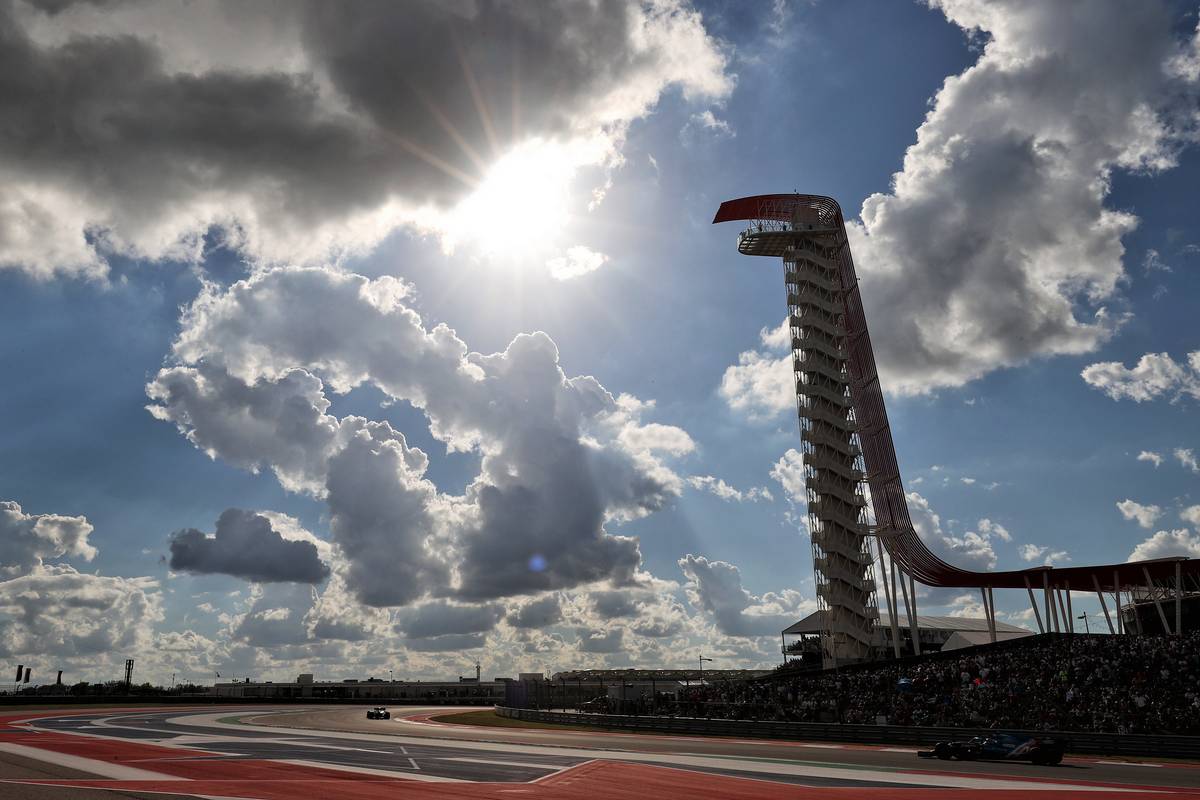 Lance Stroll was first out, the Aston Martin driver perplexed by why he had been dispatched quite so early. He was joined by the two Haas cars of Mick Schumacher and Nikita Mazepin, and then by Ferrari's Charles Leclerc. They weren't left hanging for long and more drivers soon turned out including both Red Bulls, everyone putting in very slow out laps to save their soft compound tyres from degradation until it really mattered.

Verstappen assumed immediate control with a first lap of 1:34.521s which was a slender half tenth quicker than team mate Perez, with Leclerc someway back in third ahead of Stroll and Schumacher. Mazepin once again had his time deleted for exceeding track limits, as had been chronically the case throughout FP3. Mercedes then entered the fray, with Bottas straight into third ahead of Hamilton, before McLaren came to life with Daniel Ricciardo shooting into the lead on 1:34.407s and Norris not far behind in third just ahead of former team mate Sainz, pushing Perez down to fifth. Bottas and Hamilton were now sixth and seventh, but already heading back to pit lane rather than starting another flier.

Verstappen and Perez were soon back on top, the target time now 1:34.352s and just 0.017s separating the pair who had pulled a tenth clear of Ricciardo. They then also returned to pit lane, leaving the track open for the likes of Bottas and Hamilton to head back out on used softs. Leclerc made the most of the clear track opportunity to go top by two tenths, as Hamilton nudged ahead of his team mate but failed to improve on eighth following a late flier from AlphaTauri's Pierre Gasly.

As the final push laps commenced, a spin for Alfa Romeo's Antonio Giovinazzi exiting turn 1 brought out local yellow flags and prevented much movement in the timings during the final seconds of Q1. Despite the mishap, Giovinazzi himself was lucky to be able to hold on to 15th place meaning he was through to the second round, while Stroll was on the wrong side of the cut and consigned to the sidelines along with Nicholas Latifi, Kimi Raikkonen and the two Haas rookies, Mazepin having finally pulled it together to post a lap time. An earlier incident in which he had appeared to hold up Sebastian Vettel was dismissed without the need for further investigation by the stewards. 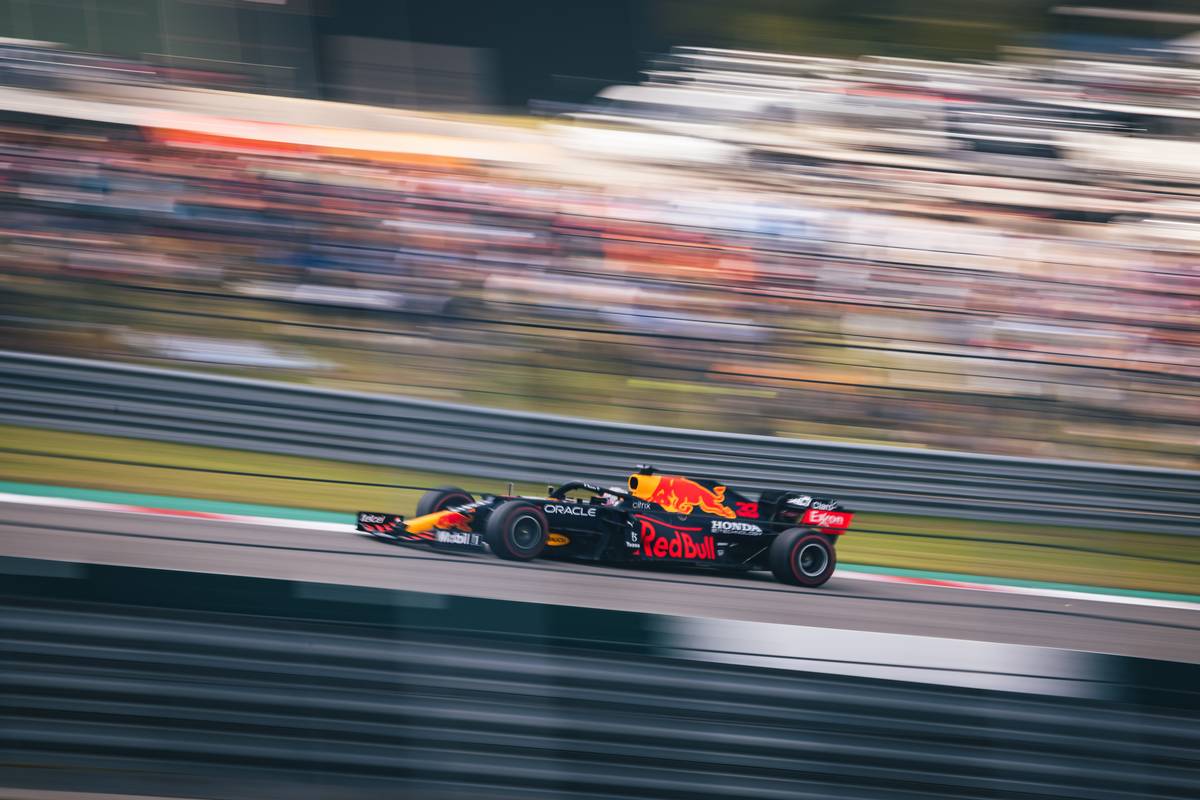 Q2: Verstappen in charge ahead of Hamilton, Norris and Leclerc

As Q2 got underway, the Mercedes pair were quick to head out line astern in pursuit of some slipstreaming team work on sets of the medium compound tyres. The only drivers sticking to softs were Sainz, Yuki Tsunoda and Fernando Alonso while Vettel and Russell initially sat things out on pit lane, understandable given that they (and Alonso) had already incurred grid penalties for new engine components. It meant they would all be starting from the back come what may, and there was little point throwing too many sets of good tyres after bad.

Labouring under his own five place penalty for Sunday, Bottas was first to put in a time of 1:33.959s which was then edged by first Hamilton and then Verstappen. Leclerc confirmed his earlier impressive pace by going into third but this was immediately beaten by Norris, the sum total being that Bottas had been pushed down to fifth ahead of Sainz, Gasly and Esteban Ocon. Meanwhile Perez and Ricciardo both had their lap times deleted for exceeding track limits.

Unsurprisingly in the circumstances, Perez was first to get back out after a mid-session lull to ensure he was able to set a time following his earlier deletion. It was just as well, as his run was only good enough for seventh on mediums. Also under pressure was Ricciardo and he only had time for one run which left him ninth, but this still just proved good enough to see him through to the final top ten shoot-out round. Although they came out for a late run, Vettel, Alonso and Russell predictably missed the cut meaning they will at least all have a free choice of tyres from the back of the grid. Also failing to make it through were Ocon and Giovinazzi.

Meanwhile Verstappen's time of 1:33.464s had been good enough to take the top spot, a third of a second head of Hamilton, followed by a closely matched Norris and Leclerc. Bottas was half a second off the pace, followed by Sainz, Perez, Gasly, Ricciardo and Tsunoda. 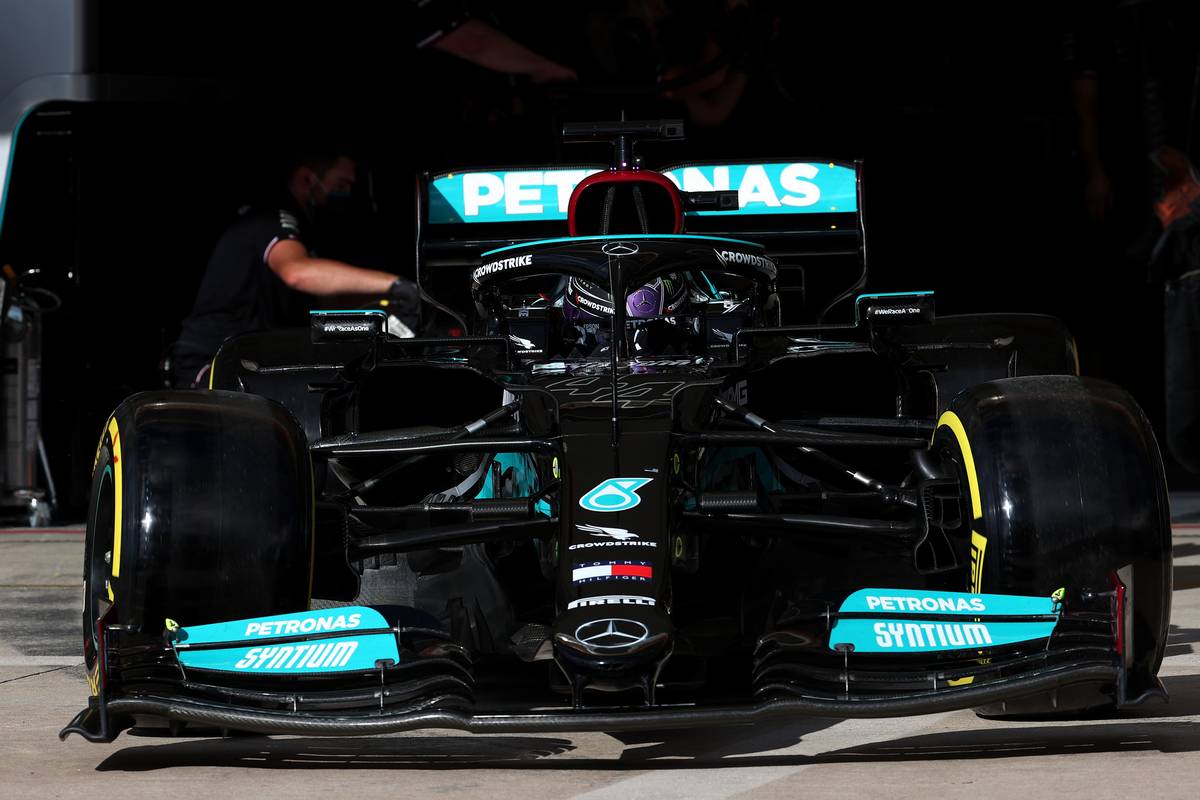 The ten remaining cars were quick to get to work when the lights went green for Q3. Bottas took the early honours with a time of 1:33.475s, less then a tenth ahead of Hamilton while Ricciardo and Norris put in an early claim for the second row for McLaren only to be ousted by faster times from both Sainz and Leclerc. Verstappen then bumped Bottas from provisional pole, but a mighty final sector for Perez saw the Mexican clock in with a 1:33.180s and succeed in snatching the top spot from his team mate to a huge roar of approval from the crowd.

Everyone still had a chance to make one final run. The wind had picked up, and an inconsequential shower was flirting with the outskirts of the circuit, which was just enough to take the edge off and make it difficult for anyone to improve on their earlier laps. Hamilton managed it though, and went top by a razor thin margin. It was left to the Red Bull boys to pick up the gauntlet that had been thrown down and Verstappen duly succeeded by two tenths, while Perez suffered slightly from the onset of drizzle and just failed to make it a team 1-2 and had to settle for third instead.