Toto Wolff says there is no clever "silver bullet" behind the strong straight-line speed of Mercedes' W12, dismissing as "noise" Red Bull's claim to the contrary.

As Mercedes and Red Bull battle it out at the top of the field along with their star drivers Lewis Hamilton and Max Verstappen, intrigue has set in regarding the Brackley squad's recent upswing in form.

Hamitlon and teammate Valtteri Bottas shared wins in the last two races, with Mercedes' car leaving its Red Bull rival in its wake in Russia and in Turkey, where the Black Arrow's velocity sparked once again the curiosity of the bulls.

"Their straightline speed has taken a significant step recently, and I think that whereas we could match them with smaller wings previously, now we can't get near," confessed a mystified Christian Horner.

The Red Bull team boss doubted that Mercedes' recent gains were engine-related, alluding to a clever ploy embedded in the W12 that boosted its velocity on the straights in Turkey. 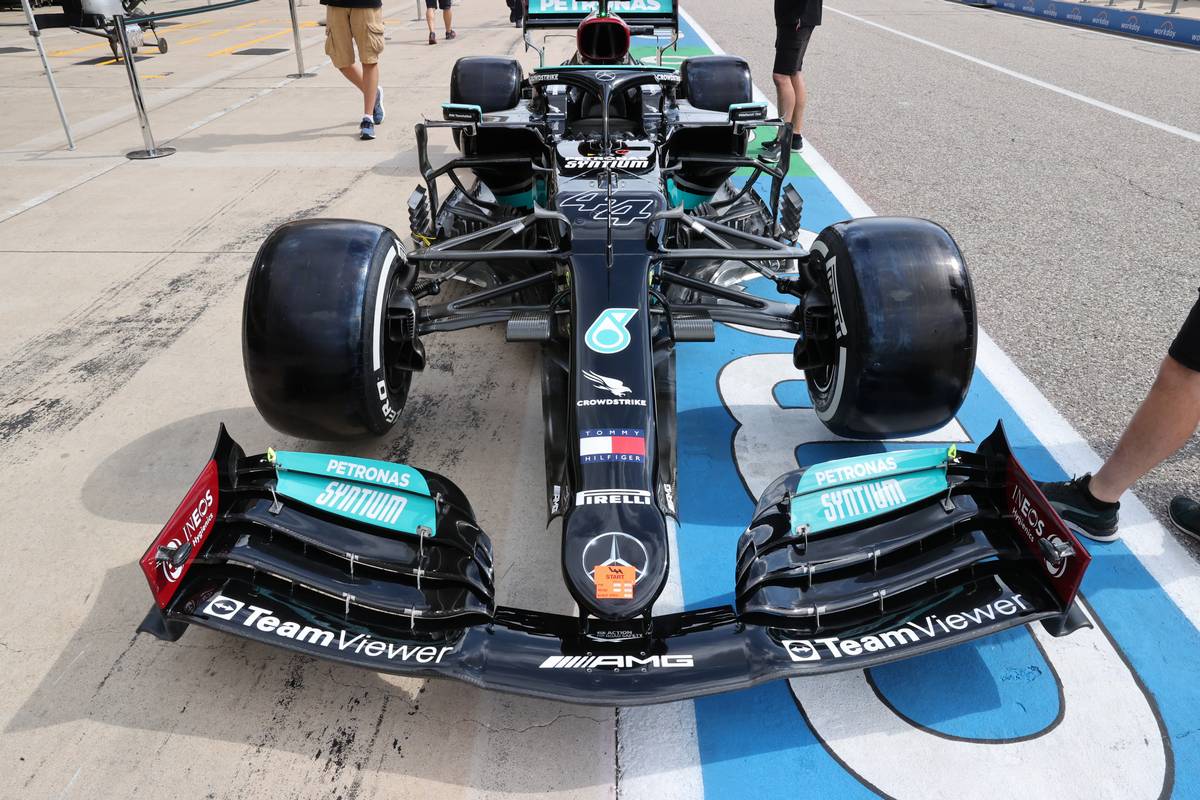 "I think that Mercedes are obviously optimising a straightline device that they're able to do at that type of circuit," Horner told Sky in Austin during FP1.

"If you look at the rear of their car, you know, how it lowers. I think [Turkey] played to their strengths."

However, on Friday, Wolff dismissed Horner's suggestion as "noise" and pointed to set-up improvements achieved by Mercedes that have put its car in a "sweet spot".

"I think we recognise absolutely that this is a sport where competitors will always try to find out if there is some kind of silver bullet," explained the Austrian.

"My experience is there is no such thing, it’s all the small gains, marginal gains that have been added and bring performance.

"We’re trying to really comprehend our car better and add performance in lap time without listening too much to the noise.

"I think what we have been able to understand is how to hit the sweet spot of the car, in terms of the set-up," added Wolff.

"Today when you look at the lap time, it’s a straight-line gain, and I think we found the right compromise between drag and downforce.

"And on the other side, we were very quick through the very fast corners, which is good and equal to Red Bull on the slow corners. So overall, the car is much better together."

Ahead of Sunday's US Grand Prix and with six races to go, Verstappen leads Hamilton in the Drivers' standings by just six points while Mercedes tops the Constructors' championship with a 36.5 point advantage over Red Bull.