Lewis Hamilton admitted that Max Verstappen and Red Bull had simply been too good to beat in this weekend's United States grand Prix at the Circuit of the Americas.

Although COTA has been a Mercedes stronghold during the modern hybrid engine era, this time it was Red Bull who had all the cards even though Hamilton succeeded in taking the lead of the race at the start.

Verstappen retook the top spot by pitting early on lap 11, and again on lap 29. Hamilton stayed out longer hoping that the fresh rubber would have him late race advantage, but he fell short of catching and passing his rival in the final laps.

“It was such a tough race," Hamilton told the media in parc ferme after the chequered flag. “Congratulations to Max, he did a great job today.

“I got a good start, gave it absolutely everything,” he continued. “But at the end of the day, they just had the upper hand this weekend.

"They were just quicker than us this weekend, for whatever reason, I can't pinpoint.

“We gave it everything we had and they were just quicker than us,” he told Sky Sports F1 later. “It looked like they had better rear end, less sliding.

"I gave it everything, but unfortunately could not convert it at the end," he lamented. “I felt for a second we might be able to win the race, but we have to wait for the next one.”

Hamilton said that his momentum was broken once he hit the dirty air spilling off the back end of the Red Bull, with high temperatures and overheating tyres also a factor. 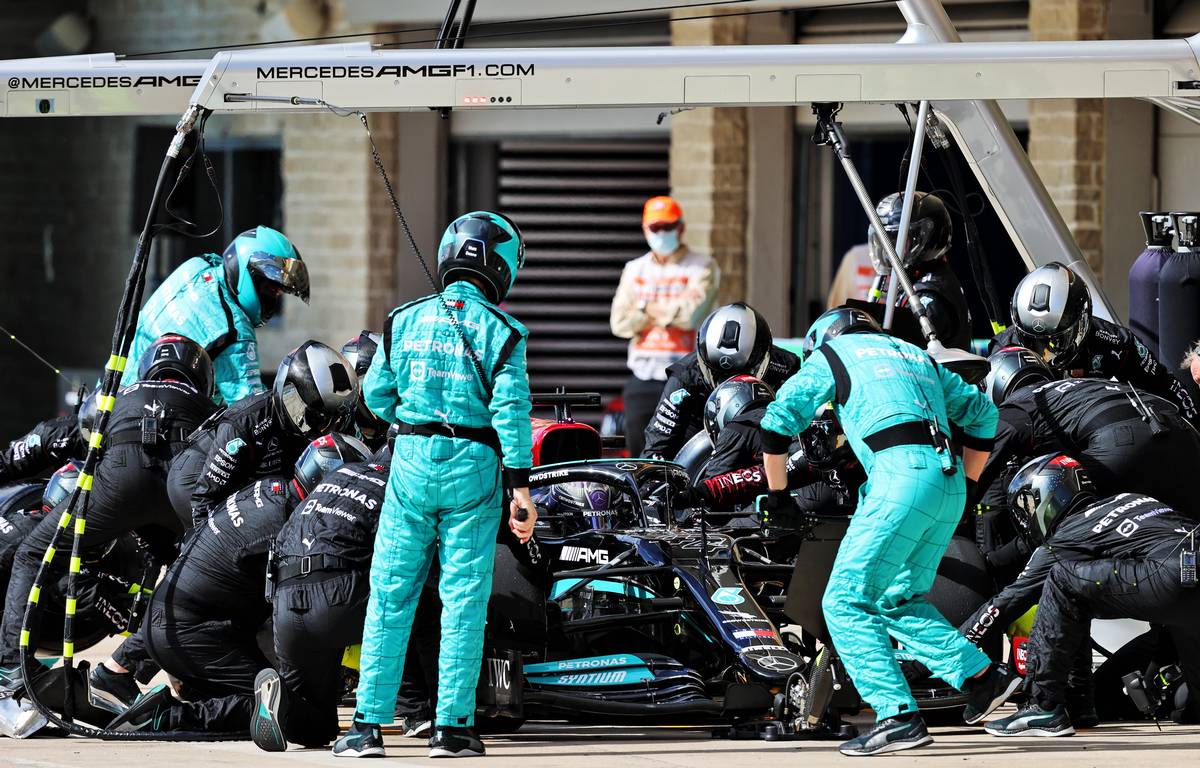 "But we couldn’t really ask for more," he insisted. "A big, big thank you to my team for great pitstops, great hard work throughout the weekend.”

Despite the disappointment of finishing second and falling 12 points behind Verstappen in the drivers championship, Hamilton's spirits were boosted by an outstanding capacity crowd this weekend.

"What an amazing crowd, to perform in front of you guys is such an honour," he told the fans as they surged onto the track after the finish, the first 'track invasion' since the pandemic.

"This is definitely our acceptance into the US, what a place to be," he added. "It's a real honour to be out here, I hope we get more races out here.

"I hope that this will continue to grow because you can tell just how great the fans are out here, so I hope we get to come out more."