Damon Hill won't go as far as to say that the title is now Verstappen's to lose after the Dutchman's win in the US Grand Prix, but the 1996 world champion says the Red Bull driver has a firm grip on the championship.

Verstappen's emphatic win in Austin where he narrowly defeated fellow title contender Lewis Hamilton was the Red Bull driver's eighth victory this season and on that has put him 12 points clear of his Mercedes rival.

With five rounds to go, all is still to play for on the championship conceded Hill. But Verstappen's position is growing stronger.

“I would never declare this a foregone conclusion at this stage of the season," the former F1 driver told Sky Sports.

"There’s so many mishaps that happen in our sport, and, you know, 25 points on the table for a victory and nothing if you don’t finish.

"That can obviously happen in our sport and it has happened in the past, and it probably will happen to someone between now and the end of the season.

"The question is, will it be Lewis that suffers a DNF or something like that or will it be Max, or will this be a season of Lewis having to claw back that points deficit he has?

"Over the remaining races, he really has to start winning again. It’s eight versus five in victories to Max, so it’s looking like it’s Max’s title at the moment." 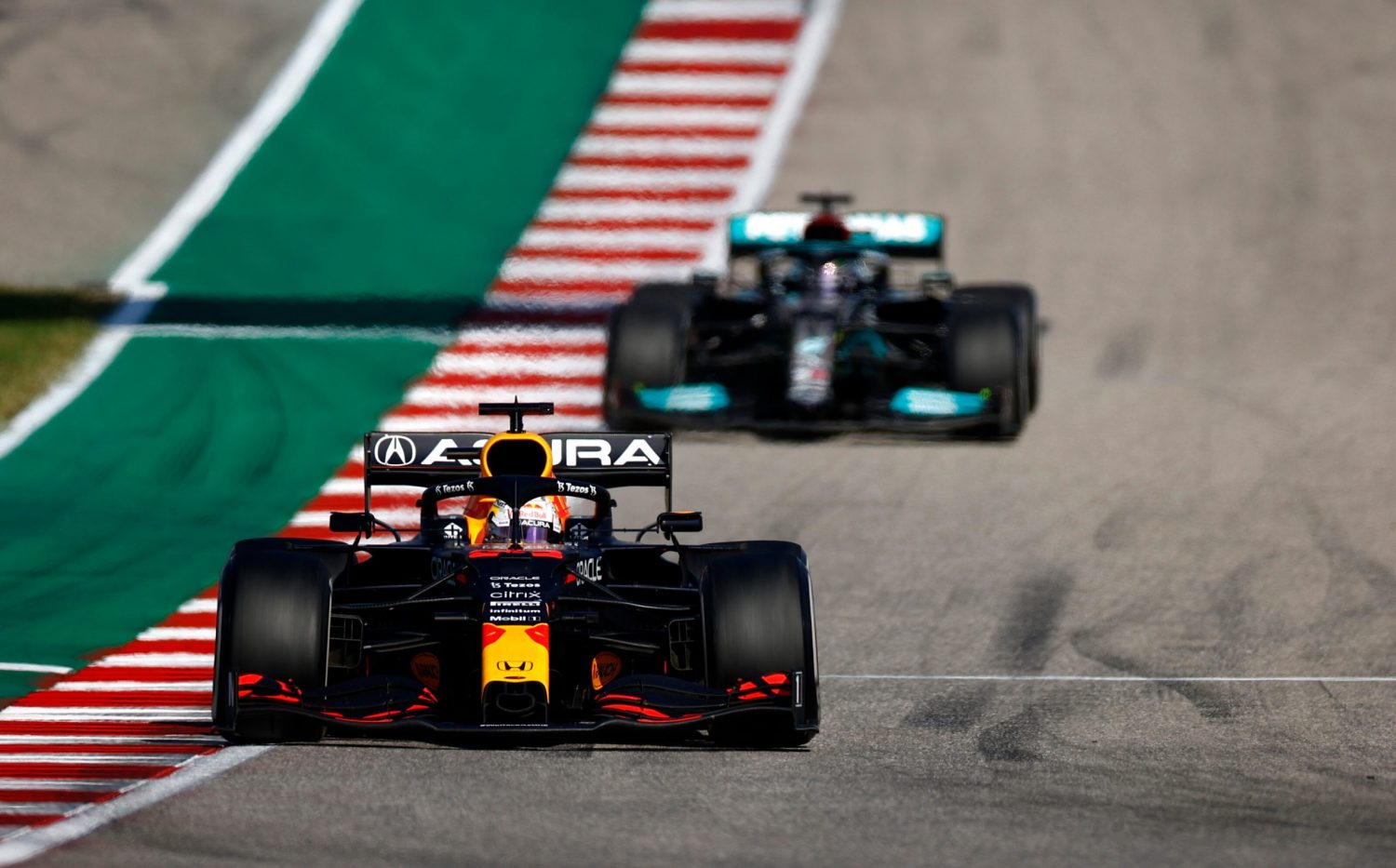 During their all-out battle last Sunday, there was a lot of radio chatter going on in both the Mercedes and Red Bull camps.

Hill said he was surprised by Hamilton openly voicing his concerns over his pace relative to his opponent, with the Briton suggesting that there was perhaps some gamesmanship at play.

"It was a terrific race, because it was so finely-balanced all the way through," Hill told the F1 Nation podcast.

"And there's a little bit of gamesmanship [with] some of those radio calls. I was surprised that Lewis was on the radio saying, 'I can't keep up the pace', as he does sometimes.

"You think, 'Why are you giving the game away?' Then Max was saying, 'I can see him sliding around', and then pitted and completely outfoxed Mercedes.

"[Verstappen] got track position back from his pole position that he lost in effect, and then controlled a very, very tight race. It was thrilling from beginning to end.

"The first lap of that [race] was right up there with all the top first laps we've ever seen," added Hill.

"But the nail-biter was whether or not Lewis would get within the one second and get his DRS open. He seemed to get close enough, and then he couldn't.

"He obviously couldn't get close enough because he didn't open his DRS.

"So he never got a shot at that passing move, and ran out of laps before we ran out of tyres. But the tension I think was great, all the way through."