F1 chief Ross Brawn says Formula 1 is considering reducing tyre supply at a limited number of events next year as a means of cutting down on usage.

In an approach similar to this year's sprint qualifying trial which has been included in three race weekends, F1 could test a tyre reduction scheme as part of the sport's efforts to lessen its carbon footprint.

Speaking to the media on Monday, Brawn said that sprint qualifying has "changed people's minds a little bit" this season, with everyone now more open to testing new ideas and concepts.

"It's definitely putting things on a list that we'd be a little bit nervous about doing for the whole season," he added.

"The one that I mentioned is to see if we can reduce the quantity of tyres we use over a race weekend.

"We're all trying to improve our footprint, in many ways, logistics, usage of tyres is one of them. And so we hope in 2022 that we're going to have some weekends where we have the reduced number of tyres available." 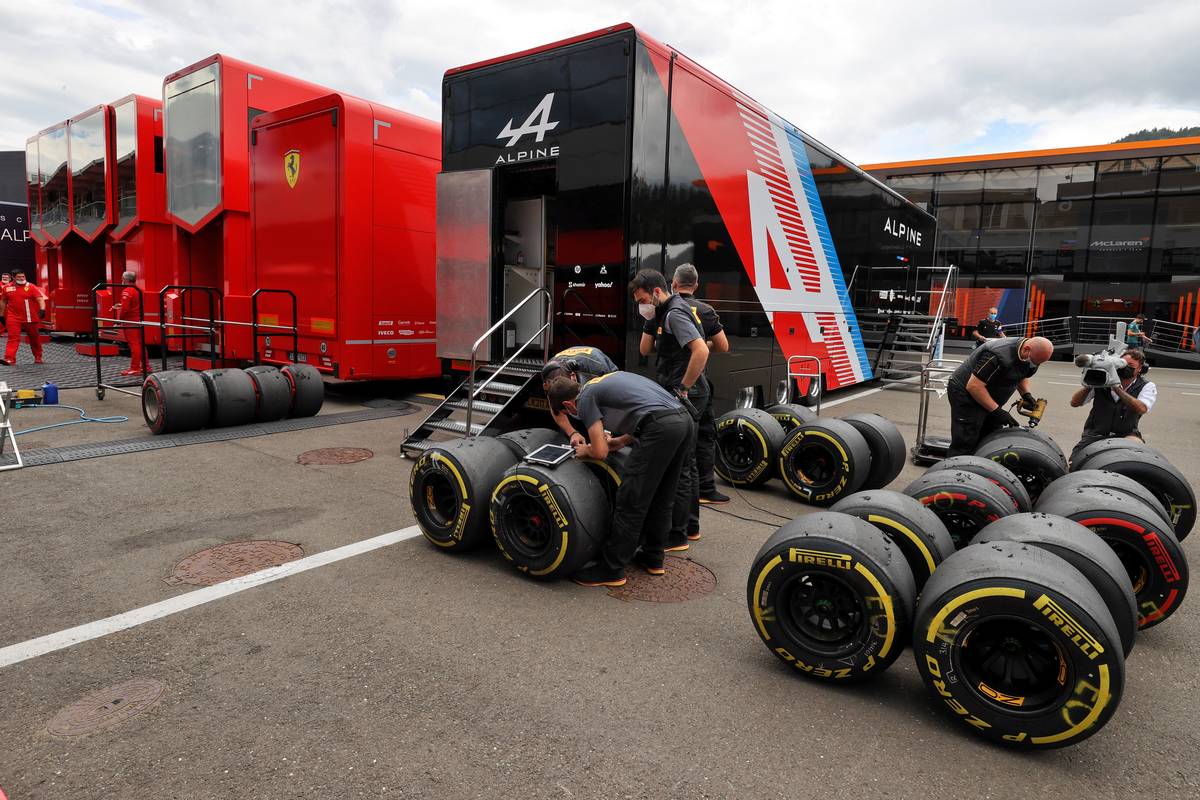 Brawn says F1 and the FIA, its governing body, have already engaged with Pirelli over the idea of scaling back the Italian manufacturer's inventory at some events in 2022.

"We think we can do [reduced tyre quantities] without impacting the show," he explained. "But as you know, in Formula 1 there's always the chance of unintended consequences.

"But the FIA has been working very hard, with Pirelli and the teams, to come up with a proposal of how we might assess the different ways of using less tyres over the weekend to reduce quantities.

"That looks quite promising, and I think that's something we will do at a few weekends during the season in order to evaluate it.

"If it works, then there's something we can adopt for the future, or we can tune it a little bit and move forward."

Sainz still learning 'how to speak' at Ferrari